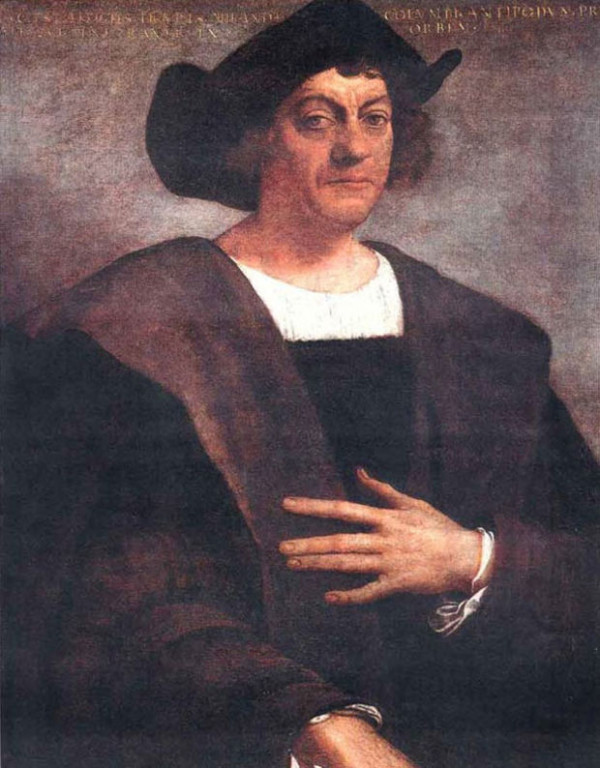 The left wants to rename Columbus Day because of perceived crimes by Christopher Columbus, but as with most Leftist crusades this is actually part of a larger issue where they want us to submit to their view of history. In that view, the powerful are bad and the mediocre are good.

Christopher Columbus arrived on a continent whose civilizations had long ago collapsed. The American Indians, best known by their technical designation as “Amerinds,” migrated from Siberia in several waves, mixed with other populations who were here, and then as always happens to diverse societies, divided themselves and collapsed. In North America, the bloodshed between tribes far exceeded that of the conflict with the colonists until the colonists, tired of constant rape, theft and murder, retaliated and pushed the militarily weaker Amerinds into reservations.

Three of the greatest societies the world has ever known, the Maya, Aztec and Inca, perished before the Spanish, but not through Spanish superiority but because the Spanish triggered a revolt of the lower social order. The Spaniards in each case possessed at most a few hundred men but were able to rally tens of thousands of thrall-style laborers to unite and overthrow their leaders. To these angry mobs, the Spanish offered an opportunity for revenge, and they took it, not realizing that the superior intelligence of their leaders had guided them to prosperity. Not surprisingly, they have spent the rest of their time since in dire poverty, marked by the same rape, murder and theft that made the Spanish want to conquer them.

Amerind populations faced a struggle similar to our own: a few smart people on top, many third-world-level laborers, and a need to unite them toward a goal. This worked at first when culture and heritage were in common. Apparently however these groups began to incorporate the extremely primitive tribes who formed their labor group, like the slaves in the South or the Irish in England, with similar results to the instability that diversity brought to those societies. The Bell Curve applies to all groups, and at the higher end, these Asiatic tribes had a lot to offer, but they became bottom-heavy thanks to the wisdom of their leaders which caused a large, restless and scapegoat-prone group of lower intelligence people to itch for an excuse to overthrow the power above them and seize what was there.

As with all revolutions, this kills the goose that laid the golden egg. With the intelligent gone, society falls apart as the victorious revolutionaries pursue their own ends. The reason they were feudal slaves in the first place originates in this tendency, because if not guided they get individualistic and eat the seed corn, fail to plant, or otherwise let their solipsistic desires get in the way of realistic survival. This formula applies to all societies, and reversing it leads to their success. Had the Maya for example cracked the whip on their laborer population, culled the bad and exiled the useless, they would have been able to easily defeat the Spanish.

Europeans do not want to admit the same rules apply to us. Diversity and democracy, which are both part of the impulse to fracture what holds us together so the more intelligent can be overthrown, are death. We are in the midst of a slave revolt by our foolish and solipsistic against anyone who might perceive reality more clearly than they can. They are not motivated by a need for power, like Satan, but by a need for revenge against those who are more competent than they are. The Left drives itself forward with hatred against any who are “not equal,” or at a level above mediocrity, and as individuals the members of the Leftist mob hope to remove the intelligent so that the individual Leftists will not be held accountable for their acts of individualistic selfishness, analogous to the rape-murder-theft triad of the Amerinds.

Columbus did not exterminate a thriving society. He kicked in the walls of a dying house. He should be praised for helping to remove the dead cruft and replacing it with a thriving society. However, that thriving society — the West — now threatens to extinguish itself by the same mechanism that offed the Maya: mass revolt by mobs fueled by resentment in individuals. Egalitarianism, democracy, tolerance, and diversity “sound nice” in a social sense when written on paper, but in reality they are a path to death and if our society pursues them, it should and will be exterminated as ruthlessly as the Amerinds were. This is the rule of nature, which abhors a vacuum such as is created by a dead man walking civilization poisoned by the ego and pretense required to make democracy seem appealing.

Neoreactionary, Alt-Right and Libertarian convergence | Steven Tyler and crypto-conservatives among us