Steven Tyler and crypto-conservatives among us 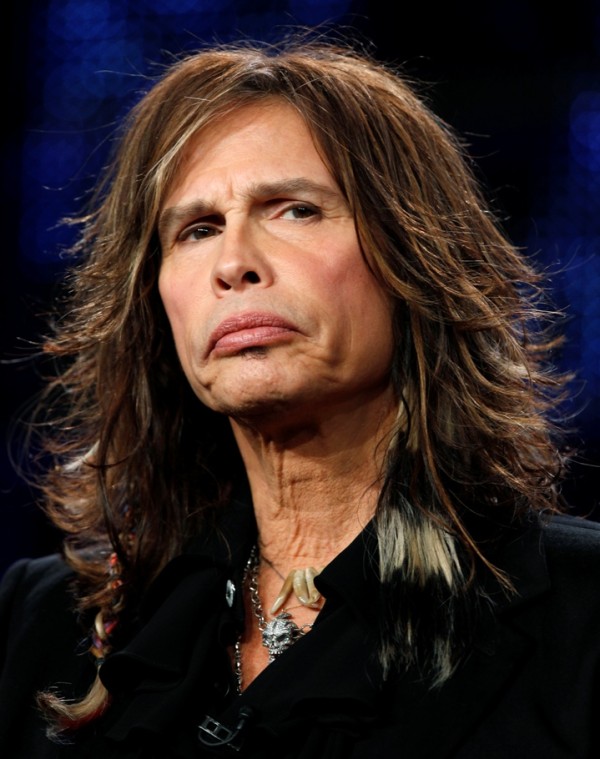 Steven Tyler of heavy rock band Aerosmith is in the news today after demanding that Donald Trump stop using one of the band’s songs during Trump campaign rallies. While some might think that news, the underlying truth is that Tyler wants to assert his rights to license the song and allowing anyone to use it for free threatens that. The more interesting story is that Tyler is a Republican who has socialized with Trump in the past.

What kind of man can be both an androgynous glam rocker and a Republican? Probably there is a common root to both: he dislikes our society as it is, and thinks it needs a wake-up call from brutal realism. Let us look at some Aerosmith lyrics, particularly the song “Nobody’s Fault”:

Rock ‘n’ roll has a few of these songs that we might call apocalyptic. They describe a situation beyond repair: mass insanity, rule by the corrupt, environmental collapse, ignoring of the wise, and all of it fueled by the desperate need to be self-important by the herd.

“Nobody’s Fault” in particular is useful in that regard. It describes a situation that is no one’s fault, but is everyone’s responsibility. A more Republican doctrine would be hard to find. It also refers to “Noblemen” being ignored by the crowd in its rush for self-importance and pretense.

While the wise among us caution against reading too much into rock lyrics, which are mostly gibberish chosen for its ability to rhyme and match a beat by near-schizophrenic drama cases, occasionally the more thoughtful bands will slip in a bit of actual opinion if only to see if they can sneak it past their dope-addled, drama-crazed and self-deluding fans.

Contrast this to the Ragnarok-theme mythic apocalypse song from Bathory, “Twilight of the Gods”:

Don’t trust nobody
It will cost you much too much
Beware of the dagger
It caress you at first touch
O, all small creatures
It is the twilight if the gods

Run from this fire
It will burn your very soul
Its flames reaching higher
Comed this far there is no hold
O, all small creatures
It is the twilight if the gods

The same elements are here: mass insanity through pretense of individualism, denial of ancient and prevalent wisdom, corrupt leaders and a population that has become corrupt and wants to be misled.

Slayer gives us another example, with “South of Heaven”:

An unforeseen future nestled somewhere in time.
Unsuspecting victims no warnings, no signs.
Judgment day the second coming arrives.
Before you see the light you must die.

Forgotten children, conform a new faith,
Avidity and lust controlled by hate.
The never-ending search for your shattered sanity,
Souls of damnation in their own reality.

The root of all evil is the heart of a black soul.
A force that has lived all eternity.
The never ending search for a truth never told.
The loss of all hope and your dignity.

On and on, south of heaven

Souls of damnation… in their own reality? No clearer diagnosis of the apocalypse can be found that this: individuals, damning themselves by denial of common sense reality, exist in their own reality — a human substitute for understanding life itself, including nature and any gods or demons that may lurk at its periphery.

All of these apocalypse songs tell us the same thing. The force that propels rock and roll, which is mass populism or public opinion, is also the source of our doom. Without guidance, human individuals withdraw into their own reality consisting of greed and pretentious dreams, and then society sinks into corruption because no one is paying attention to the consequences of our actions. No one is accountable; no one takes the reins to steer us toward sanity. It is nobody’s fault, but together we will burn.