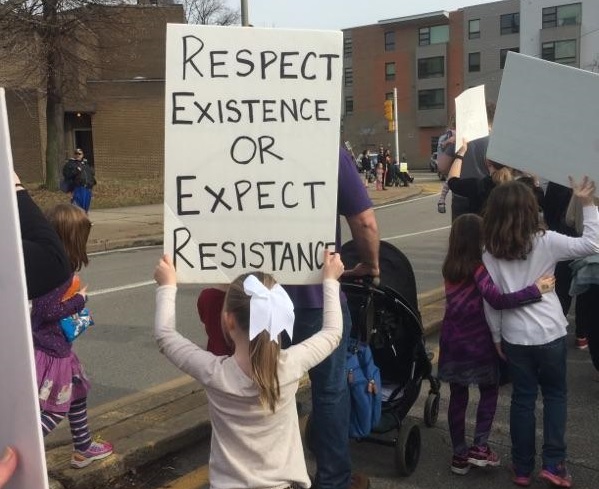 There is a reason why you never give in to Â¡DEMANDS! It harkens back to Kipling and the paying of Danegeld. If it works once, you never get rid of them. Thugs always go back and bully a patsy once they find one.

Extortion offers a much greater marginal return on their thuggishness. Here we see #BLM attempt to thug on Dr. Taylor Reveley:

I notice several things from listening to these over-entitled brats with a domineering agenda. They can’t really believe the following demands will end all racial dislike on any particular college campus.

The demands included a tenured diversity position, a required social justice course, an Africana Studies department, a zero-tolerance policy for racism, the hiring of more staff for W&Mâ€™s Center for Student Diversity, an emphasis on recruiting black students, and more employment and retention of black faculty.

This caterwauling is, of course, appalling. The constant accusations of these people are pathetic. I can’t make someone commemorate their own history and it should not ever be my job to do this for them. They constantly complain about a lack of inclusion. How do they raise this as a valid point? The College of William and Mary has a higher proportional minority population than the country as a whole. The only reason they are not included is because they are personally obnoxious.

But let’s not be stupid or ingenuous here. These people know that nobody wants them around. They expect that and it is already factored in. When you effectively make your living as a highwayman, it shouldn’t come as a shock that nobody really wants to share the road with you. #BLM expects to threaten, badger and scare the crap out of people. So having Dr. Taylor Reveley tell them he doesn’t deal in demands was a shot across the bow.

â€œI donâ€™t deal in demands,â€ said College of William & Mary President W. Taylor Reveley III. â€œI donâ€™t make demands of other people. I donâ€™t expect to receive demands from people. I love to get suggestions, recommendations, strong arguments. When you approach other people with a demand, instead of their ears opening and their spirit being unusually receptive, you get defensive walls erected,â€ he continued in the live video streamed on Facebook. â€œSo, I think you all need to think about it.â€

And then Dr. Reveley, very nicely albeit, told them to put up or shut up.

â€œNo, no, no, thatâ€™s not the way the world works,â€ Reveley retorted. â€œIt is not effective, in my opinion, to approach other people and say â€˜we demandâ€™ unless you have the capacity to demand.â€

And this is the key factor here. Leftism falls flat on its face without the sanction of the victim to make it possible. You cannot receive entitlements if nobody accepts the illusion that you are actually entitled. People attending a university are there at that institution’s invitation and sufferance. People holding a State of Alabama Driver’s License hold it by the good graces of the state government. People have no standing to make demands without a certain level of actual skin in the game. Otherwise, they are waghalters, beggars, and louts.

If The College of William and Mary was totally built on the backs of African Americans as #BLM alleges, there is nothing in the world that the e-vil face of bastardly Â¡WHITE SUPREMACY! Dr. Reveley could do to stop them from building a bigger, better and blacker William and Mary that put that boring, old stodgy place in Colonial Williamsburg to absolute shame. I just don’t see why these poor, aggrieved people of color haven’t gone forth and done so already. Unless, of course, the entire attitude and belief system of the people in that YouTube video explains it far better than anything else I could blog on the subject.