BuzzFeed: A Sad And Sorry History 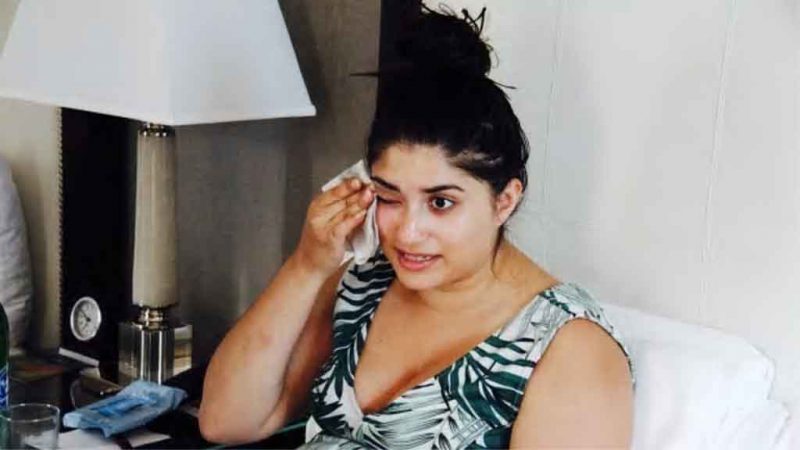 BuzzFeed has been an unlikely friend to the right wing and their causes. Nationalists, Trump supporters, right wing radicals, and virtually every proclaimed enemy of BuzzFeed can attribute some growth of their ranks to the internet’s version of tabloid trash media.

With the recent misstep of their 30K-a-year-while-six-figures-in-debt journalists Anne Helen Petersen and Anthony Cormier proving that mainstream media are both liars and haters of whites, Buzzfeed has unwittingly struck a lethal blow to both globalism and American journalism. But their weekend of shame is far from a fluke, as the entire history of the publication has been a series of monumental disasters for the causes of civil rights, female/LGBT/minority empowerment, and progressive liberalism. We therefore present you with a historical timeline of BuzzFeed and the many, many, many multitudes of failures that write the tragedy of a failed media company.

A Career Born in Lies

BuzzFeed’s sorry sack of founder and CEO is a beta male named Jonah Peretti whose father could not satisfy his mother as a man and had to turn coal burning after their marriage dissolved. This would set the stage for Peretti’s professional career of media cuckholdry when he made a website falsely posing as economist John Lott. He started a failed dating site (a strange choice for the son of a man with very poor relationship habits) and when he could not compete, he chose to make fake pages impersonating his rival companies. Thus, Peretti began his professional career on the internet lying, defaming others, and failing — all of the attributes that would go to define BuzzFeed years later. And despite being raped with lawsuit settlements for his fabrications and dishonesty Peretti still felt he had a calling to serious journalism. He went on to marry a dog and create BuzzFeed, at first little more than a meme dump, but eventually a pursuit of riches in the form of social justice.

A Plague of Plagiarism

Since their first foray into journalism in 2012, BuzzFeed immediately embarked on a long campaign of plagiarizing articles from other websites with virtually no changes in the text. This was spearheaded by the company’s anointing of the notorious Benny Johnson as their editor-in-chief. Throughout an extraordinary and unprecedented career of digitally mugging competing sites such as Gawker, Johnson amassed an unbelievable high score of forty-one plagiarized articles in just two years. Even the minions of Fake News, CNN, were appalled by such a lack of journalistic standards:

BuzzFeed editor in chief Ben Smith said he and his colleagues had identified “41 instances of sentences or phrases copied, word for word, from other sites, many of them inappropriate sources in the first place,” during a review of about 500 posts by Johnson.

“This pattern is not a minor slip,” Smith wrote in a memorandum to BuzzFeed staff on Friday night.

You would think that such a catastrophe would keep CNN and the mainstream media from ever acknowledging BuzzFeed again. But the second coming of Yellow Journalism was upon us, and CNN would go to use Buzzfeed as a source over 9,000 times! BuzzFeed would go on to amass a plethora of copyright infringements on their videos in the years to follow.

The Puppet of Advertisers

BuzzFeed would love for you to believe them to be a hip, socially conscious, rebellious, voice of the common man that’s making the world a better place. But it is common knowledge now that, perhaps more than any of their competitors, BuzzFeed immediately dances and bends over to any big money corporation who wishes to enslave them.

This became apparent when they submitted to Dove, an advertiser they previously criticized as sexist and misogynist, only to pull the article when advertiser money was waved in the face of the editors. This provoked a shameful apology in the form of an email from liddle editor Ben Smith to his sad and sorry staff who really thought they stood for causes and not shekels. How bad does Ben Smith’s life suck, to keep having to apologize to people for so many of his company’s humiliating failures?

Speaking of the lost, forgotten, sad spirits of BuzzFeed, why are they so mad at whites, men, heterosexuals, and people who win at life? Let’s find out!

A Sad and Sorry Life

Many of the BuzzFeed journalists are sad and angry. There are several reasons for this, and they stem from the top down company wide. But in every case, behind every hysterical rant of a BuzzFeed writer is an undesirable life of torment and lamentation.

In a strange twist of irony, many BuzzFeed employees are depressed because they are the living failures of the diversity they preach. As written above, when the Italian-Jew mix of CEO Jonah Peretti’s parents failed, his father replaced mom with an African American. Peretti likely was bullied and conflicted because of this throughout his childhood, and it’s likely he still carries this pain today. Thus, BuzzFeed was his medium of attempted revenge against his perceived oppressors. But saddest part of his story, is he is championing the very ideology that, when embraced by his parents, caused his childhood to vanish with a loud flushing sound.

Likewise, Scaachi Koul, an unshapely and unattractive H-1B who writes for BuzzFeed, is similarly tortured by her own very existence. She is the kind of girl that, if seeing her at a bar or frat party, you would need to ingest a double-digit number of beers before wanting to take her home. Too dark for her homeland of Canada and too white for her Indian descendants, Koul was tormented by her inability to fit in anywhere as she struggled with an existence void of any family, religious, national, or racial meaning or value.

She thus cemented her legacy as a writer by publicly ranting about how she did not want any writing submissions from anyone who is a white male. This is despite marrying a (very overweight and cucked) white man that could never be good enough for her parents. Thus appears a great tragedy: this stereotypical immigrant, working for America from abroad for peanuts, is bound and subject to a white man in household and employer and depends on him to live, and therefore her hatred for whites and for men is a projection of hatred for herself, for she was never and will never be good enough for her parents, is too impoverished to survive as a truly independent single woman, and is a disgrace to her homeland for betraying the race of her people. She therefore has made a career of basking in the guilt of her failures.

And with that, the other major factor of the miserable life of a Buzzfeed writer is revealed: poverty. You have likely heard of lazy-eyed columnist Anne Helen Petersen’s recent public evisceration for suggesting that smile of a child is the mark of white supremacy (which, ironically, singlehandedly created many a white supremacist). What could provoke a woman to be so hysterical, so emotionally and psychologically depraved (as admitted indirectly in her writings)?

While her physical deformity is likely a major cause, as she probably was unlucky in the love she pursued with masculine white men, but for a more telling answer let’s take look at the cost of her elite education and what she’s making at BuzzFeed. Here we should be able to get an estimate on how everything is panning out financially!

Ouch! Wow, a person that can afford to spend almost $300,000 on watching movies sure is way more privileged than any Kentucky teenager. Anyway, here we see that Anne Helen Petersen’s greatest oppressor is the scam that is American university, a scam that told her that if she got a bunch of useless degrees in media, she would be on NBC news someday!

Poor girl, those anchor positions are reserved for the children of billionaires and industry insiders — sorry! But hey, maybe you can save the minorities instead of worrying about finding a career where you can make a little more than minimum wage? Once again, we have writers in deep self-hatred projecting their vengeance on others while still doing the dirty work of the ideologies that ruined them.

A Legacy of Failure

And so, we have the shameful, sorrowful tale of despair that is BuzzFeed’s existence. Created by a self-hating failure, staffed with self-hating failures, and made for self-hating failures, the atrocious plagiarism-ridden performance of BuzzFeed as a media entity was written into the very DNA of its staff. Now here we are, where the ill-fated company has given a black eye to NBC, ABC, CNN, and every mainstream outlet imaginable and scarred the reputation of journalism for whatever few decades America’s democracy may have left.

BuzzFeed was supposed to be a 100-year news agency. It couldn’t even last a decade before imploding under its own incompetence. And so, it is written: the tragedy that is BuzzFeed. Sad… so sad…