Buckle Up For the COVID-19 Crash

by Jonathan Peter Wilkinson on December 29, 2020 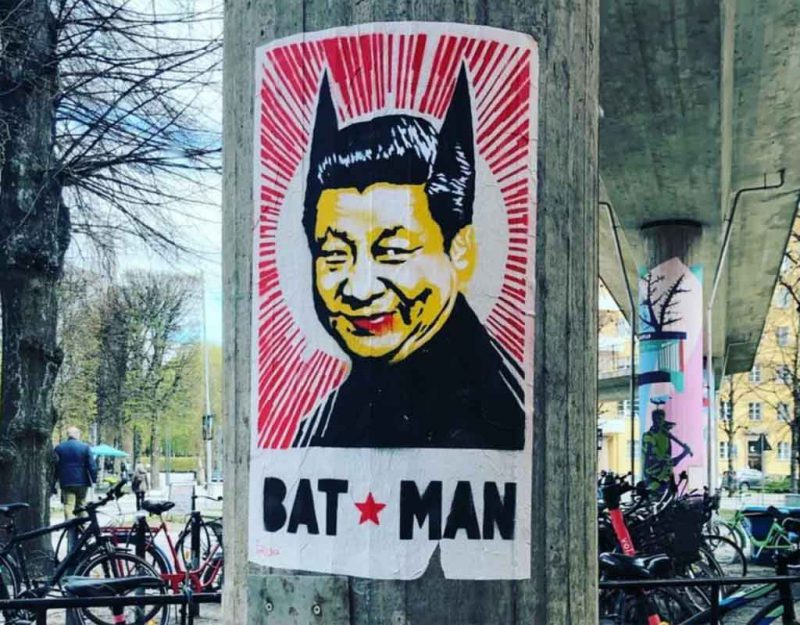 Covid 19 was bad for our economy. The poor response of our disingenuous political class proved even worse. The media cheerleading all of this became a suck multiplier. But none of this is sufficient or even necessary to trigger a nice decade-long slog through economic misery. What you really need is Thermonuclear Stupid.

Thermonuclear Stupid is a technical jargon term that needs to be adequately defined. It includes three interlocking effects that form an iron triangle emitter of bad decisions and ideas. This Dumdum Field then withdraws wealth and economic vitality from anyone caught within its nefarious range of effect. This post will discuss what the three sources of Thermonuclear Stupid and what effects occur when The Dumdum Field is in operation.

1) Loss of appreciation for the value track-record of an asset. Slope of Hope Blog shows us what happens when people making financial decisions are completely unwilling to lower a really high time preference. Check this out….

Stroll down the main street of your town (OK, you can’t, but just pretend) and ask a hundred random people to tell you about Snowflake and its business. I suspect, in round numbers, the number of people who could do so would be zero. And yet, here we have it, this unknown upstart now has a market cap greater than one of the best-known corporations on the planet, International Business Machines….

If people are really confused over whether Snowflake, Inc. is more or less vital to our wellbeing than IBM, they will regrettably find out. This will be an unpleasant experience for those who did not choose wisely.

2) Loss of respect for legal and ethical standards all the way down to the level of basic personal decency. Essentially, the US Army has discovered that large swaths of the leadership over at Fort Hood, Texas genuinely lacked any concern for the wellbeing of their subordinates. Here’s what an Army IG investigation discovered and then caused to happen.

The challenges at Fort Hood, Texas, have initiated a detailed investigation into the sexual harassment, sexual assault, violent crimes, and other corrosives that exist in our ranks. The findings of this investigation have been reviewed, and on 8 December, the Secretary of the Army directed the relief or suspension of several leaders at every echelon from squad through brigade, division, corps, and installation.

Apparently that whole US Army SHARP Program has been an abject failure at every level of command. If you really think this is just a crazy army thing, then I wish you luck like I would any other idiot walking abroad.

3) Expectation that people with power and authority will bail them out for poor decision-making. People think The Fed exists to prevent them from losing their investment decisions. Literally. This means that risk is not accounted for in investor decisions. We see this when people leverage heavily to get cash which can then be invested. They are believing that they will just kill it, and then easily repay their added debt load.

Rising levels of margin debt are a measure of investor confidence. Investors are more willing to take out debt against investments when shares are rising, and they have more value in their portfolios against which they can borrow. However, the opposite is also true as falling asset prices reduce the amount of credit available, and the liquidation of assets must occur to bring the account back into balance.

So the Iron Triangle of Stupid consists of three things: complete inability to take time-preference into account when making asset decisions, complete uncoupling of asset decisions from any legitimate code of honor or morality, and the expectation that “smart people” will always cover your risks when deciding what to do with assets. Combine those three things, and you get The Dumdum Field.

The Dumdum Field exerts force when these three assumptions are proven wrong. Once the bubble pops, the following things happen.

1) Nobody trusts an asset enough to invest heavily. If they are not smart enough to ascertain the difference in value of IBM and Snowflake, Inc. they learn the hard way that they will be flensed in any sort of a competitive invest environment. At least they learn well that they suck.

2) Not only do people figure out that they are stupid, they discover that their neighbors are dishonest sods who will fleece them at every opportunity. This means that complicated arrangements are harder to make once nobody trusts anyone they can’t compel into decent behavior.

3) Finally, after they’ve been yinced like a Goy, they figure out that The Fed can’t just re-inflate their flat-tire portfolio for them. That means they can no longer walk around believing that the system is like Santa Claus when it comes to bringing them new assets every year.

Thus, the force exerted by The Dumdum Field is pure, unreasoned panic. Everyone wants out, nobody willing buys what is being sold. All of economic life becomes an inverted competition to avoid being responsible for anything that is worthwhile or important. Here is one typical projection of where that sort thing eventually ends.

The cyclical bull market for equities is over; after December, stocks will begin a secular multi-year decline, starting with a 40% correction by April, said Harry Dent, founder of HS Dent.
“If we see another new low in the stock market, I predict we are not going to see new highs on the Dow, S&P, NASDAQ, biotech, you pick anything…you’re not going to see new highs on anything for decades,” Dent said. “You didn’t see new highs after 1929 for 24 years.”
The economic recovery has run its course, and the equities markets will soon realize this, Dent said.

Nature has a way of reasserting itself over our delusional denial of reality. If Harry Dent is calling this correctly, then that reassertion is coming soon. Buckle up. The strong, smart and prepared will come through on the back side. They will emerge into the next rise towards a golden age.