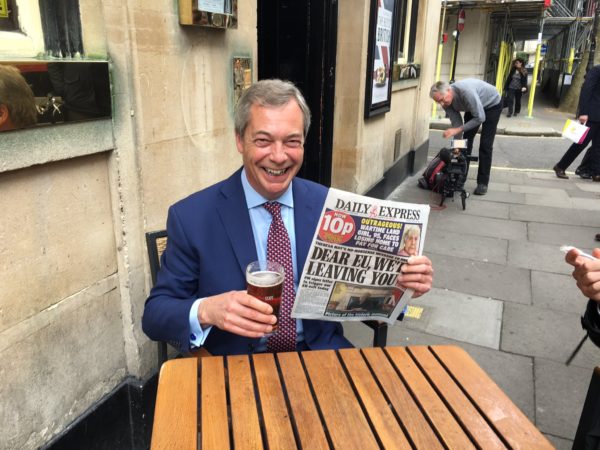 Liberal democracy won — during the past era of history — because of fear. People feared being excluded, or rejected for their bad decisions, or even being persecuted for political trends. Instead of option for cooperation, they attempted to control compulsion by making it “good” or universally accepting.

That created a cascade of other bad decisions culminating in, as Francis Fukuyama noted, an end-stage of liberal democracy paired with the welfare state and capitalism, basically a compilation of all of the previous attempts to make a working modern society. It borrowed as much from Communism and Fascism as it did classical liberalism.

With Brexit, we are seeing the cresting of a wave against not just the EU, but the idea of government itself. The average normal functional person does not need government; we are happiest during government shutdowns. In fact, our lives are mostly centered around local events, and we want national government to just run itself moderately well without our interference.

The libertarian boom of the 90s and 00s was doomed but also prescient. It wanted to use the law to defend against the herd taking whatever its members had accumulated; while this was doomed, it also introduced a new idea, which was that for ordinary life, government is irrelevant and in fact nothing more than a bother. People need stability not “progress.”

Libertarianism by itself means nothing other than a defense of the ability to retain what one has worked for. Throughout history, this has been a failing position, because the parasites merely vote themselves a “right” to whatever you have. But, through its criticism, libertarianism introduced the idea that government is a proxy of the parasitic crowd.

We want no government. We need leaders — like kings — and we need a social hierarchy such as occurs through a caste system, and some kind of guidance through culture. Beyond that, all of what government does is unnecessary and merely a pretext for taking what we have. We would rather it just went away. Government shutdown? Forever, if possible.

The future belongs to a new type of society. It will be organic, informal and decentralized. And yet, unlike our failure of a society, it will have order: strong hierarchy and caste. Brexit and Trump are the first steps toward the recognition of what we actually want, and they start with removing the idea of government as necessary and a good guy, because it is neither. It is merely another parasite.