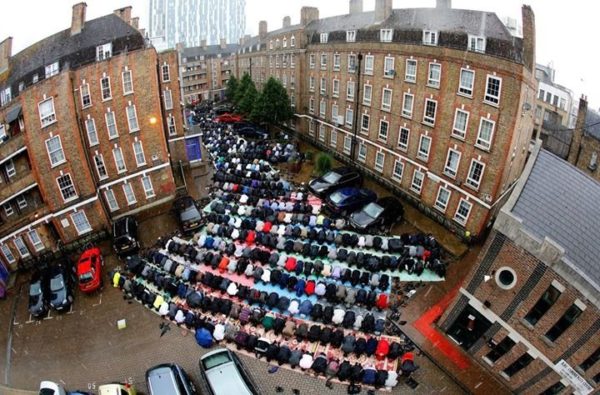 If Johnnie Whitebread would pay $750/child/month to subscribe to the Caucasian Persuasion like it was DirecTV, he could be said to value his White Privelege at least that much. Otherwise, he could resign from Whiteness and become whatever else his can of spray tan could make him. Call it The Dolezal Option.

The thesis stated above would be considered ridiculous in any polite society. Perhaps it’s why I don’t live in Los Angeles, California. You see, if you get control of the public schools, and slant the playing field against White Parents hoping to have their children educated and prepared to join adult society, then you can essentially tax their lack of Melanin. To avoid this sort of sanction, parents effectively give up their Whiteness.

White parents who stand to lose teachers and counselors at their neighborhood public school in Los Angeles are changing their ethnic status with LA Unified to get around a district policy that strips extra staff from schools that are more than 30 percent white. And some Latino parents who fear deportation under the Trump Administration are saying they are white, further imperiling the smaller class sizes guaranteed under a 40-year-old desegregation settlement. A 1978 legal settlement requires that LA schools with less than 30 percent white students get extra teachers, counselors, and parent-teacher conferences. But each year, a handful of schools lose that status, known as PHBAO (pronounced â€œfuh-BOWâ€) â€” an acronym for â€œPredominantly Hispanic, Black, Asian, or Other.â€

As a student of Economic Mathematics, the Linear Algebra of Racism occurring here is fascinating in a cynically detached sort of a way. This all came to a head in the case of Walter Reed Middle School. You see, Walter Reed will lose money, teachers and councilors should it exceed the hard racial cap of 30% White. In one row of the Racial Identity Gaming Matrix, we have Evil Caucasoids identifying as Talcum X, or anything that will prevent the loss of school quality. On another row, we have Hispanics claiming to be Trump Compliant in order to prevent too close an examination of their current immigration status. If ICE fears generate Off-Whites more rapidly than The Quota System generates Dolezals, then Walter Reed Middle School fires or transfers teachers.

In essence, we have an environment that attacks the traditions of communities and families by providing them with perverse economic incentives to disavow their racial past. Call it ethnic cleansing via moral hazard. While professional Cost Estimators are chided not to consider cost avoidances as monetary benefits, I guaruntee you that they take them into account everytime they examine their bank accounts. The perhaps unintended consequence of Los Angeles’ Civil Rights Raceturbation involving the LAUSD is that they are effectively paying people to deny their own racial heritage. If it works as well as terrorism, you can bet on seeing it proliferate.

This isn’t a new trend in Hyper-racial Amerika. A personnel man my father used to know was African-American enough to professionally survive suggesting that his buddy exploit a DoD program that gave preferences in small business contracting to Native Americans. He told him he could make a fortune if he just stopped being black and joined the MoNig Tribe when he filled out his bid paperwork. Perhaps he meant it as a joke. If the system is cynical, many will cynically game it in retribution. The Law of Attraction works whether we know of it or want it to.

But what of these children at Walter Reed Middle? Do they know their parents feel enjoined to lie about their God-breathed origins? Does it effect how they view themselves and their families? And what would you see in the mirror if you seriously tried to defraud the government as a proud founder of the MoNig Tribe. Does this help kill off who these people are? Is it the predictable consequence of attempting to enforce equality at the price of individual dignity? Is this existential ennui the only possible result of economically coercing people into The Dolezal Option?