Boogaloo Kicks Off In Fire 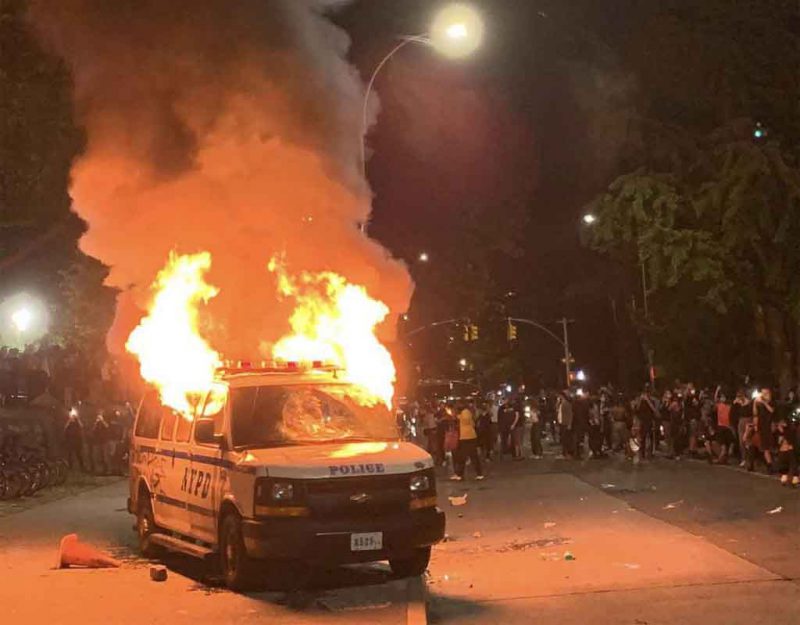 There are places that no US President worth his weight in properly cured cow manure should ever send military personnel to stand in harm’s way. Iraq, Iran, Lybia, Syria, Chicago…You get the point. Other than The Congo, you aren’t finding very many diamonds in your average Shiite-Hole Country. The carbon just hasn’t been pressured enough, regardless of the pucker factor.

Therefore, when bad things happen in some marginal cultural backwater like Seattle, it isn’t worth one single American military member in uniform getting killed over. Why not? Because bad things happen in bad, chaotic ways there. The reason this is so is because the worst, most marginal, least invested human beings in Amerika pollute them like old, Roman mobs yammering for sportula.

By banning guns rather than diversity, the leadership of Amerikan cities have sold their people to the devil. Socially deviant blacks commit 52% of the murders in our country. Colin Flaherty gave white people logical advice. You get the Hades away from them. Whether you demand segregation (or separation!) forever right where The $PLC can get you on film, or whether you just make a point out of paying the $50-100K housing premium to be near “the really good schools,” it doesn’t make a difference. You are either a savvy White or an affluent member of another racial diaspora doing that which is logical to prevent the knee-grows from raping and then eating your kids.

There is no point in recapturing Minneapolis, Minnesota if Mayor Frey and Governor Walz don’t want it to remain an outpost of reasonable and sane American civilization. Just let it burn. If what Mayor Frey has to say for himself is accurate, then re-establishing democracy in Minneapolis will do nothing better for the human condition than establishing it Iraq or Afghanistan. Let the Left and the voters who support them finally suffer for their unbroken record of poor choices.

If they hate the police, let’s be nice and not send any. If they want me to stop snitching, I won’t tell. They can have all the free merch Target feels stupid enough to leave sitting around. Detroit looks worse than Hiroshima and didn’t even need a messy hook-up with Enola Gay to get that way. Japan was no longer willing to die for Nagasaki. We should feel no greater suicidal nostalgia for Los Angeles.

President Trump should just declare Black Uhuru in all these places and let freedumb rain like the fire and brimstone upon our post-modern versions of The Cities of The Plain. Understanding Leftism doesn’t occur until the cultists get to live the end state that comes from following Rev. Jim Jones. He looked really cool in the sunglasses. Right up until the Kool-aide Communion service started.

Let these trippy, cute urban Leftist hipsters live their beliefs. Let them truly feel and smell their doctrine in all of its naked and phantasmagoric glory. Let them eat that ideological commitment two weeks after all the Safeways have been looted and set on fire. They’ll beg for peace then, but they should be allowed to know none. The best way to end urban riots is to let them run their course and run out of flammables and ammunition.

If we are ready to fight the real White-On-White Civil War that will be waged in Amerika and tear down the sham, then it will be time. Expect a rebuilding bill to be ram-rodded through Congress in record Cuck Time. Veto that sucker and tell Mayor Frey to show us Minneapolis Strong instead. Then we’ll see who ends up among both the quick and the dead. Until then, #NoWarInAmerika; get out the popcorn and marshmallows and enjoy the flames instead.