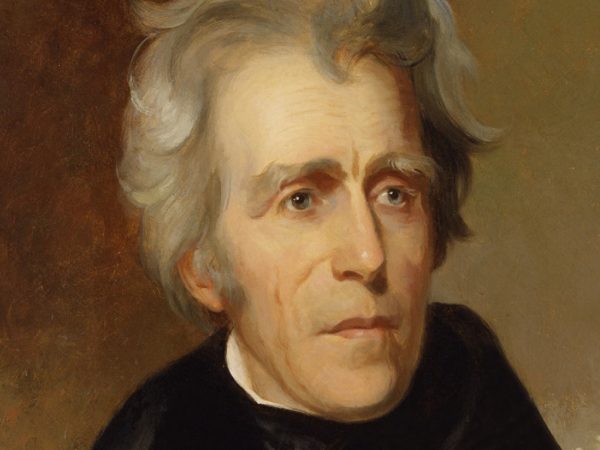 “History repeats itself” and “history is cyclic” are nice ways of saying that the basics of adaptation are well-known, and humanity alternates between accepting reality and embarking on multi-century tantrums which end up making it weaker. In this sense, human survival is a struggle between the realist and the delusional, with the latter having much higher numbers.

If we look to an era that ours is repeating, we are tempted by many historical moments. The Left wants us to believe that we are in Weimar Germany, prepared for the rise of Adolf Hitler 2.0b. Many people think we might be somewhere in the last two centuries of Rome and Athens, but moving much faster. These may be true, but they will be filtered through a more proximate target.

The 1820s-1840s were a turbulent time for America. Having established itself, the new nation promptly re-created itself through the Constitution, and in rapid sequence lost its second revolution, then embarked on a disastrous plan of importing Southern/Irish Europeans to use as labor to shore up its wealthiest entities. The experts agreed this was good; the “common man” — who was really uncommon — revolted.

Brexit/Trumprise shows us the same phenomenon at work: in trouble, we are relying on immigration to keep our Ponzi economy and debt burden going. The experts all agree this is good because, well, their income and position depend on it. The uncommon men, or the small segment of those who have leadership capacity which comprises one-quarter of the one-fifth in our society who do 80% of everything, have united briefly on a cultural change: we no longer trust the ideology of the past.

These transitions have happened before:

Wilsonians, meanwhile, also believed that the creation of a global liberal order was a vital U.S. interest, but they conceived of it in terms of values rather than economics. Seeing corrupt and authoritarian regimes abroad as a leading cause of conflict and violence, Wilsonians sought peace through the promotion of human rights, democratic governance, and the rule of law. In the later stages of the Cold War, one branch of this camp, liberal institutionalists, focused on the promotion of international institutions and ever-closer global integration, while another branch, neoconservatives, believed that a liberal agenda could best be advanced through Washingtonâ€™s unilateral efforts (or in voluntary conjunction with like-minded partners).

The disputes between and among these factions were intense and consequential, but they took place within a common commitment to a common project of global order. As that project came under increasing strain in recent decades, however, the unquestioned grip of the globalists on U.S. foreign policy thinking began to loosen. More nationalist, less globally minded voices began to be heard, and a public increasingly disenchanted with what it saw as the costly failures the global order-building project began to challenge what the foreign policy establishment was preaching.

…But Donald Trump sensed something that his political rivals failed to grasp: that the truly surging force in American politics wasnâ€™t Jeffersonian minimalism. It was Jacksonian populist nationalism.

Even this article is wrong. Donald Trump has a Jacksonian approach, and is currently advocating “populist nationalism” in the way this article hopes to con you into using it, namely “civic nationalism,” but he and Steve Bannon are European-style nationalists: a nation is defined by its ethnic group, and that group unites itself through identity, culture, values, religion, customs and other organic institutions.

As usual, the voters go to sleep as soon as given an excuse to do so. Someone tells them pleasant lies, so they vote for them, and when everything turns out badly the monkeys split into bickering camps so that each person has someone to blame for his own poor decision-making. Instead of acknowledging this cycle, they pretend to “fix” it with increasing doses of dogma.

Once the voters have slept for some time, government unleashes the fact that it is a self-interested corporation, and that it makes profit by having the broadest possible mandate it can muster. Saving the poor? Good. Fostering equality between the classes? Better. Uniting all of the races into a single world based in consumerism and socialism? Best!

The powers-that-be-for-now do not understand that Trump is a rejection of politics itself and its replacement with strong leadership and social hierarchy:

Trump’s remarks suggest he is using the same tough and blunt talk with world leaders that he used to rally crowds on the campaign trail.

The people of the West have seen the face of ideology, finally, and they do not like it. As a result, a cultural wave has risen up against the experts in the city and their conjectural ideology. Instead of targeting the ideology directly, this wave targets the idea of ideology — altruism, equality, big government, the basic goodness of humankind — and subverts it with mockery and replaces it with minimalistic function.

In this way, it differs from the Jeffersonian desire for simplicity and replaces it with a Jacksonian functionalism. This is a realist revolution, much as Brexit is. The experts are simply wrong because they exist in an echo chamber and an ivory tower. It is time for those who work with their hands, whether metaphorically or not, to re-inherit the West and reform it away from an inertial path to certain suicide.

What Once Was: A (Brief) Opinion From (Allegedly) Mencius Moldbug | Deep Ecology And The Alt Right