What Once Was: A (Brief) Opinion From (Allegedly) Mencius Moldbug 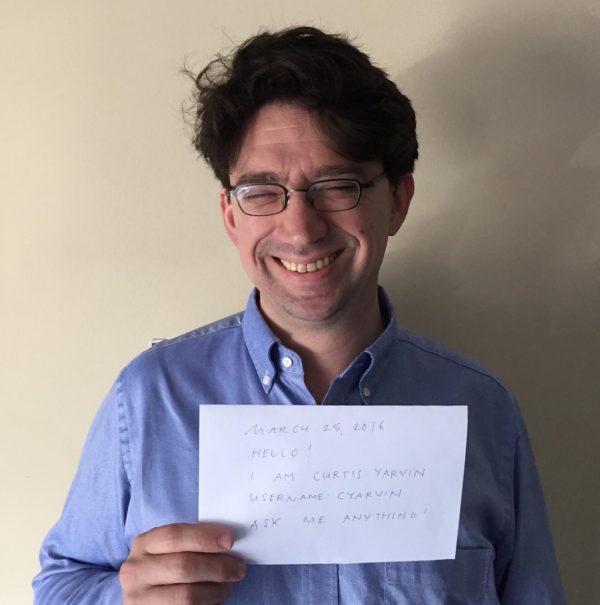 A commenter who seems to be the reincarnation of Mencius Moldbug has made an appearance:

I like the modern world too, but maybe you can see why I think itâ€™s a withered shadow of the world that would have existed if the Victorian world had survived and the wars of 1914 and 1939 had never happened. Just for starters, youâ€™d have a lot more fifth cousins. So would I.

I also notice that Marx, Mao and Stalin donâ€™t make your short list; you seem to blame the cataclysm on the side that was trying to preserve or restore the old world, not the side that wanted to set it on fire. Hm. Coincidentally, the latter is the side whose Jedi mind tricks are so strong, they almost persuaded someone with a 160 IQ to castrate himself.

And the Enlightenment? You mean the Enlightenment that guillotined Lavoisier? â€œThe Republic has no need of savants.â€ Add 1789 and even 1641 to that list. Why would a savant pick Praisegod Barebones over Prince Rupert?

You might notice that in our dear modern world, whose quantum cryptography and seedless watermelons are so excellent, â€œthe Republic has no need of savantsâ€ is out there still. Know anyone working on human genetics?

But the future is the Third World. Try a test on the scientists you know â€” ask them to find a principled, ethical reason why your rights as a human being depend on the GPS coordinates of your birth. Everyone will fail this test, because no one knows the ethical language of nationalism.

Then, ask them what Boston looks like when it contains the entire population of Maiduguri, Nigeria. Ask them who Boston elects! Youâ€™ll see some better angels then! Have you been to the Third World? There are some tiny, well-fenced places where some of your grad students probably came from. Then thereâ€™s the rest, which makes Hobbes look like John Lennon.

(As for Athens, a little more history is in order. Periclean Athens is at the end of the Greek golden age, not the start. It wasnâ€™t Thales of Athens, it was Thales of Miletus. And the Athenian lust to dominate the polycentric Greek world is the cause of its downfall. The wars of centralization end in a far bleaker global era, the Roman Empire, which turns into a totalitarian superstate under which all thought ends.)

And yet you claim the benefits of nationalism for your own two tribes â€” the tribe of science, and the tribe of Zion. Just not for the nation that happens to fund your research.

While many of us would prefer the Edwardian or even earlier eras, such as Plato’s “golden age,” he makes a good point: society has lost something in its mad dash for equality. The Victorian Era preserved the caste system, for the most part, and so society was guided by its best instead of whatever intersection of the masses presented enough warm bodies to justify a cost-benefit analysis.