As In Our Personal Lives, In Politics We Must Choose Narcissism Or Order 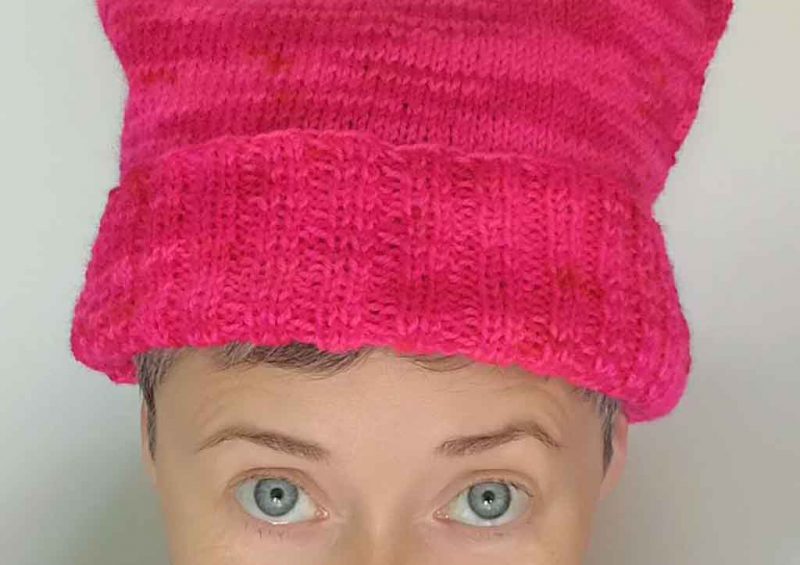 People love shades of grey, just like they love compromise, pacifism, doubt, and other non-answers. These enable them to avoid doing anything; there is no compulsion, when there is no clear path.

It is like arguing with some who responds, “I just don’t understand…” to everything that you offer. They use confusion as an excuse and method of obscuring any solid facts which might inspire them to feel motivation to do something.

We can imagine this in the context of a cave of early humans. Until you know where the prey animals are, there is no need to act. As soon as you do know, you either act or are considered a coward, lazy, or otherwise defective.

As long as you can hide behind those shades of grey, you can avoid both acting and being called a weenie-man. In our age, people think of politics as options on the shelf at a local store, but really, it consists of a series of paths.

These are not forks in the road, but a road which travels from our point of origin in a relatively straight direction, with paths branching off from it. Conservatives embrace the big path; Leftists want to explore the little paths.

The first little path in Western history came to us through the Asiatic idea we expressed in The Enlightement™: the human individual should come first before any social order, and it can create a quasi-order of a personal army to defend that “freedom” against others.

If we look into our (dark) hearts, we can see that this is simply our old friend narcissism. Big brained humans, accustomed to thinking themselves clever, deny the parts of reality that are not immediate and tangible so that the self can preen itself.

That preening occurs through the usual human desire for the ability to do whatever I want without consequences, which follows from our narcissistic notion that what should form our direction consists of things from the outer part of our minds.

As others have written, our minds have two parts: an obscure inner core, and a seemingly clear outer shell which in reality, forms ad hoc explanations for our actions based on things we seem to regard as “good” or “safe.”

The inner core contains our intuition, creativity, conscience (this is what guides us to be honest or not), and knowledge of the world; the outer shell contains our gestures to others, affectations, emotions, fears, judgments, and desires.

When we cannot organize our inner core, it produces nothing but the mental equivalent of radio static, and so the outer shell takes over. It tends to be a rationalizing agent or one that acts impulsively and then invents reasons why it should have done that.

This proves to be the opposite of forward thinking, where in our inner core we understand our world and a need to act toward a certain self-discipline and general direction. Instead, we give up on that, and let the outer core walk us through memorized steps.

As individuals, we can chooses narcissism or stay on the broad path which says that we are organisms attempting to adapt to their world, that we do this by understanding that world, and that we must use self-discipline to conform to our understanding.

If we step off that broad path and begin going down the road of narcissism, we find it harder to turn back the further we go. Even more, we are now headed in a different direction, one that in the winding way of roads at first appeared to be near our ultimate destination until the road curves away from it.

The same rules apply to civilizations. If we choose to be narcissistic, we end up somewhere else other than where we need to be. However, narcissism takes many forms. For example, we can look at the idea of universal moral rightness (non-paywall) expressed in politics:

Nationalism, self-pitying and aggressive, seeks to change the present in the name of an illusory past in order to create a future vague in all respects except its glory. Pregnant with violence, manipulating fear, it is an exercise in mass delusion.

The bond that binds the West is freedom — the cry of revolutions on both sides of the Atlantic. There is no contradiction in my patriotisms. Patriotism is to nationalism as dignity is to barbarism. As nationalism equals war, so contempt for the law brings savagery.

He gets one thing very correct: patriotism and nationalism are opposites.

Otherwise, he tells us, we must cling to our notion of moral superiority achieved through our “revolutions.” He means the French Revolution and the American Revolution, although he misreads the latter.

The revolutions furthered the Enlightenment™-era notion of the individual as the largest unit in society, and therefore, of a morality that solely addresses individuals. It does not address intangibles like culture, heritage, faith, values, and customs, and in fact sees them as the enemy. It views the world only as individuals, and its only morality is in protecting those individuals in their “freedom,” which translates to do whatever I want without consequences. This is the essence of individualism: all individuals are equal, which means no individual is “wrong” in his choices, and the herd must defend him against any who notice when he is doing wrong.

That forms the core of our decay. We gave up on having a goal, values, and something that is right and substituted for it a morality of the lowest common denominator, namely that everyone gets to do what they want and are safe from others noticing that it is wrong.

While it is enforced by the herd, the essence of this order is individualism, or a “me first” outlook that requires rejecting any order larger than the individual so that the individual is safe from noticing.

Our narcissism at an individual level forms a pathology, but in larger groups, it becomes even worse. Collectivized narcissism shows humanity at its worst:

In fact, recent research has moved toward documenting the notion of collective narcissism, that is, unrealistic exaggerations about the greatness of an entire group of people. And if narcissism is a trait that can be applied to both individuals and groups, can the same logic extend to entire societies?

New research provides preliminary evidence that it can be, via a concept that the researchers call “national narcissism.” In particular, the researchers were first motivated by the use of common appeals from leaders in the United States to “American exceptionalism”—the idea that the U.S. is unique among the nations of the world.

For example, consider robust research that has shown that neighbourhoods, just like individuals, can vary on personality traits, such as the extent to which they are open, neurotic, or conscientious.

If neighborhoods can have personality traits, so can whole nations, and if those traits enforce narcissism, then that nation has culturally chosen a path away from being realistic, enforcing self-discipline, and most of all, having a positive and affirmative goal.

While the authors of the piece attempt to imply that narcissism means nationalism, the research points in another direction: narcissism relies on telling ourselves stories about how good we are in the sense of morally good, or deserving good things because we are doing what is socially advantageous by being accepting of others.

In the West right now, our patriotism rejects the nation and embraces the nation-state, a group united only by a shared legal, political, and economic system. Its origin in the “revolutions” shows us that it is egalitarian in nature.

When in a civilization united by a sense of individualism, the only good can be defense of the rights of all individuals to do whatever I want without consequences. That assessment also allows individuals in that civilization to consider themselves good for supporting that value.

Since it reflects the outer shell and not inner core, it possesses no organization, and is inherently narcissistic in its desire to justify its individualism by extending the same right to others. This patriotism shows us the worst of ourselves.

Despite the anger of those at the rise of nationalism, society has rejected governance by the outer shell and is starting to embrace its inner core. Narcissism does not work; it leads away from the path to the good, and takes us into a wilderness of our own neurosis.

In fact, if the writer of the first piece had thought more penetratingly about his topic, he might see that nationalism is an embrace of what is important over what is convenient for the individual, and therefore, shows us humanity embracing its best.