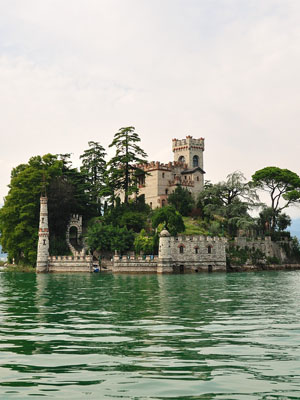 Oftentimes one hears it whispered that we live in an age of appearance rather than substance. An age of what seems to be, rather than what is. An era when impression weighs heavier than content. Something catches our eye; we glimpse at it for a brief moment. Perhaps we let the thing slide through our fingers before putting it back on the stack and leaving it be. We move on, elsewhere.

To many, that is what the Postmodern era â€“- or rather, living within the Postmodern era â€“- feels like. We lack the time and clarity of mind to focus upon a thing; there is always the next thing to do, the next place to be. We have to do with snippets of information; we are too much in a hurry to put the pieces of the puzzle together. The picture of the greater whole escapes us, and we accept this because we are busy.

And sometimes we are driven by a quest for meaning to glimpse past the part of the puzzle to comprehend the greater whole. The greater whole is not formed of parts, but the relationship between those parts, and from the interaction and interconnections between them, a greater structure and order emerges. One such glimpse is a fleeting vision of the value of culture.

Cultural awareness is more valuable and important than a dismissive attitude toward other races or cultures. There is some moral difficulty in being proud of the acts of our ancestors, in the sense that there is no point in being proud of something over which one totally has no influence. Itâ€™s the same thing as being moody when a certain football team loses a match. If we feel pride over what our ancestors did, must we also be ashamed of — for example — the slave trade?

Yet, and this is more important, we need cultural awareness if we are to make sense of the country in which we live. Of the rules and customs, for example. As a student once said to me: â€œPeople laugh about an aboriginal wearing a penis-tube, but if you ask him why heâ€™s wearing that penis tube, he will tell you a story. Western people today wonâ€™t be able to tell you anything about what they wear other than; â€˜itâ€™s fashionâ€™ or; â€˜itâ€™s my tasteâ€™.â€

We can take our ancestors and their actions as models. Of what we aspire to be, and of what we do not aspire to be. When the Roman historian Livy described the actions of Romulus, he did not intend his reader to blindly revere and imitate the founder or Rome. Instead, he wanted his reader to look at Romulusâ€™ actions, to study the circumstances under which those actions took place, and to make his own conclusions about that conduct as a matter of learning.

Those who stumble on the value of culture feel something rumbling within their minds. They feel the weight of a dying society, and the choking futility it creates. They seek escape in an artistic muse, in an age of aristocratic elegance. An age where girls could be girls and boys could grow up to be men. And everywhere around us glimmered golden-yellow and green, everything rocked and shone, caressed by the fresh breeze of spring and accompanied by orchestrated music.

Those who resist modernity are fed up with a decadent and aimless age, so they invent new symbolism from summaries of the past. They mold together Teutonic knights, the genius inventors of the industrial age, proud castles, innocent maidens and idyllic towns. They forge a â€˜utopiaâ€™ from ranks of disciplined and confident soldiers, exquisite dining rooms, majestic architecture and craftsmanship.

And this is what our leaders and representatives must do in a fractured and shattered age. In this age, cognitive learning is vastly undervalued, and as such the iron logic of facts hardly makes an impression on anyone safe a few. Our leaders and representatives must learn to speak a language of images, of painting a beautiful landscape that seduces both listener and viewer. Not until art has won the heart of the audience reason and logic can captivate its mind.

Being a fan | Global concreting