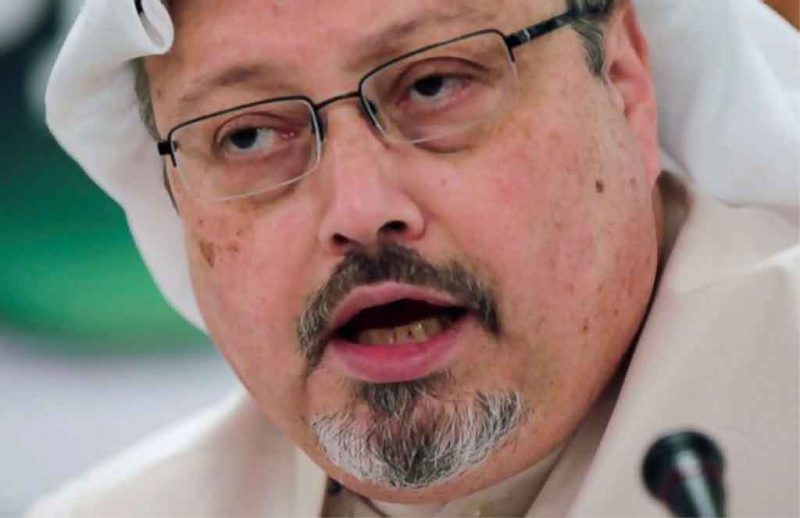 In the future America’s scholars will teach that the weekend of January 18th was a dark night of the soul for journalism. On two unrelated occasions the mainstream TV networks advanced outrageous unverified propaganda stores that were completely debunked within 24 hours.

First, the mainstream TV networks ran a ridiculous Russia fan fiction story from Buzzfeed (the digital equivalent of the tabloid trash magazines you find at the supermarket) only for Mueller’s own team to rise up to debunk it. Next, we got a Charlottesville-esque look at “evil Catholic high schoolers being racist to an innocent Native American victim” only to learn that the kids were taunted by radical racists in the lead up to the fake Vietnam War hero savagely banging his drum in their faces.

When future generations teach the extinction of moderates and libertarians in the United States of America, the first lesson will be on the journalists of today. They’ll teach that, for centuries, Americans were conned into believing journalists were important, were the guardians of democracy, and were the defenders of the people. Then they’ll explain how they little by little started being paid celebrity salaries, started becoming infiltrated by the CIA, were in most cases the descendants of insiders or wealthy ambitious types, and started being sold to the billionaires with an agenda.

Absolutely no one outside of the media industry cared about the death of Jamal Kashogghi. He was a Muslim Brotherhood insider and radical anti-Israel extremist, he wrote for the most discredited propaganda outfit in digital news, and he got way too comfortable around an unforgiving Saudi American government. Yet for month after month, he was at the top of the webpage for CNN, the New York Times, and the Washington Post. He was even enshrined as a martyr on the fallen-from-grace Time Magazine’s “Person of the Year: Persecuted Journalist Edition,” which noticeably included radical liberal activists and noticeably disregarded the conservative journalists assaulted at AntiFa rallies.

The obsession turned annoyance into apathy and beyond. Many were sharing Saw memes and parodies of the still-unreleased audio. It became a running joke. Yet still, day after day, month after month, the media tried to radicalize the public into wanting us to hold Saudi Arabia accountable. To date, there still appears to not be anyone who cares.

What does however matter to everyday Americans are lives destroyed by reckless propaganda disguised as journalism, lives that will be long remembered in the era of forum-based information sharing. Take for example, this horrific gaffe by Vice News favorite trans-racial journalists Shaun King:

This week, Shaun King took to social media claiming that Texas resident Sherita Dixon Cole was falsely arrested, sexually assaulted, and raped by a Texas state trooper following a traffic stop. In his posts and tweets, King reported on the claims as fact, prompting the allegations to go viral after they were shared among his 1.7 million followers on Facebook and 977,000 followers on Twitter. The posts related to the arrest were apparently deleted thereafter.

Soon after the initial posts, Texas attorney and activist Lee Merritt also took to social media to announce he was representing Dixon Cole and claimed his client had not been treated as a sexual assault victim, was not given any testing, and based on his client’s information, the bodycam footage may be doctored. Merritt’s initial post was also apparently deleted.

A day after the claims went viral, the Texas Department of Public Safety released the bodycam footage of the arrest which purports to reveal that Dixon Cole was allegedly driving while intoxicated and failed field sobriety tests. There is no footage depicting sexual assault or rape.

The growingly popular phrase “the fake news media is the enemy of the people” is an understatement. They are an enemy to all of humanity and all life on this Earth. They are the lowest, slimiest, most disgusting level of human life, even worse than the politicians and billionaires that buy them. Their mere existence has subverted what it means to be a human being, and they are collectively complicit for every foul perversion and altruistic evil that plagues our modern world.

I was once a moderate and libertarian. I was not looking to adopt realist or nationalist outlook, but I was forced by these mentally ill progressives and their journalist heroes. It wasn’t Trump, it wasn’t 4chan, it was the multitude of radical journalists and debased morality of the lunatic left that pushed me to this state. And I promise you I am not alone, as recent polls show more than 77% of Americans believe that traditional media is fake news and the number of political moderates is in great decline in many places.

Should this behavior continue without accountability, the widespread apathy toward the death of mainstream journalists may soon turn to a longing. In reality, the reckless and radical media is only steps from drawing mobs of vigilante justice that we saw in other times throughout history when propaganda outlets had turned against the masses of a nation.

Thus I conclude with a warning to the emotionally charged journalists of the donor-class media: tread with caution, my friends, or you may provoke the public to grab a rope with your name on it. For unlike Trump, you do not have the protections of the military around you (unless you’re Anderson Cooper, who you will find guarded by four or five armed CIA counterparts at all times).