Andrew Jackson Did Nothing Wrong 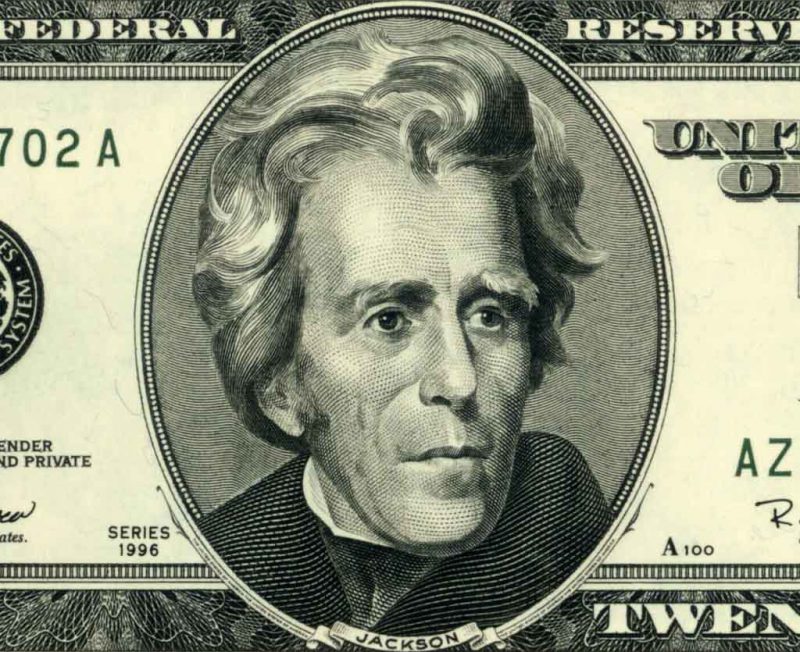 Young Americans have been force-fed many lies and fake narratives about the savages that once wandered this land that we have now mostly domesticated. Elementary schools, Iron Maiden lyrics, and subversive Disney films have beaten a story of guilt into the minds and hearts of Amerikan youth.

“We stole their land and forced them onto reserves,” they say. “They were a peaceful people, they didn’t believe in owning property or possessions,” they repeat, and to this we can add my personal favorite, “this was their country and we were the immigrants that stole it.” The absolute worst offender was the Disney film Pocohantas, which bastardized the original story in favor of filthy hippie propaganda:

It is believed that Pocahontas was born around 1595 to a Powhatan chief. Her given name at birth was Matoaka, although she was sometimes called Amonute. “Pocahontas” was a derogatory nickname meaning “spoiled child” or “naughty one.” Matoaka’s tribe was a part of a group of about thirty Algonquian-speaking tribes located in Tidewater, Virginia.

Matoaka was baptized ‘Rebecca’ and in 1614, she was married John Rolfe – the first recorded marriage between a European and a Native American.

Two years later, John Rolfe took Matoaka to England to use her in a propaganda campaign to support the colony of Virginia, propping her up as the symbol of hope for peace and good relations between the English and the Native Americans. ‘Rebecca’ was seen an example of a civilized ‘savage’ and Rolfe was praised for his accomplishment in bringing Christianity to the ‘heathen tribes’.

While in England, Matoaka ran into John Smith. She refused to speak with him, turning her head and fleeing from his presence – a far cry from the undying love between the two as portrayed in the Disney movie. In 1617, the Rolfe family boarded a ship to return to Virginia. However, Matoaka would not complete this journey home. She became gravely ill – theories range from smallpox, pneumonia, or tuberculosis, to her having been poisoned – and she was taken off the ship at Gravesend where she died on March 21, 1617. It is believed she was 21 years old when she died. Sadly, there were no fairy tale endings for Matoaka.

Although Walt himself was a hardcore Christian and vigilant Anti-Communist, the modern Disney somehow fell into the hands of perverse degenerates who seek to subvert the subconscious children and produces as many homosexuals as possible. Therefore, they left out the most important details of the Pocohontas story such as her baptism and renouncement of false Native American gods, failed English colonization, and failure to survive in the civilized world. We were instead told that the talking tree’s fantasy about forest spirits is true and that Pocohontias was a feminist icon who resisted the white man’s invitation to love. What a fantasy and what a perverse exercise in revisionism.

The truth of savages is much different than what we were told. They murdered children in horrific human sacrifices, they tortured one another in public ritual to please demonic spirits, they waged brutal war on each other without end, and they willingly sold the land of their ancestors for peanuts. They were not a “peaceful people,” they as constantly and relentlessly murdered women and children without provocation. They even enslaved and traded their own long before ever encountering Europeans.

The idea that they are “the natives” is a laughable one. Four main groups immigrated to North America: Mongols, French, Spanish, and the English. After these groups came in contact, wars were fought, and territorial lines were established. Sometimes more wars were fought, and alliances were stricken, and territorial lines were redrawn. When a side lost, they usually lost territory, such as what happened with California. One of these groups, more than any other, frequently made bad alliances with the wrong side, and started wars they couldn’’t win. Thus, they lost more and more territory, yet they kept starting more wars.

When the savage Mongols were defeated again and again, they were not completely exterminated. The men were not castrated. The women were allowed to procreate. And they were even given land in which they were able to govern themselves. And now these territories are plagued by crippling drug addiction, even worse than what we see in the white rural class:

A team of NIDA-funded prevention researchers at Colorado State University analyzed data from the American Drug and Alcohol Survey given to American Indian students at 33 schools on or near reservations in 11 U.S. states in 2009-2012. A comparison with nationwide data from the Monitoring the Future (MTF) survey is striking, particularly in the much higher prevalence of drug and alcohol use in 8th and 10th graders compared to national averages. In 2009-2012, 56.2 percent of American Indian 8th graders and 61.4 percent of those in 10th grade had used marijuana, compared to 16.4 percent of 8th graders and 33.4 percent of 10th graders in the MTF survey. American Indian students’ annual heroin and Oxycontin use was about two to three times higher than the national averages in those years.

Also noteworthy was the finding that American Indian youth are initiating alcohol and drug use earlier than their non-native counterparts. As can be seen in the graph below, past-month (current) use of marijuana and alcohol (including binge drinking) were at the same level from 8th through 12th grade for the American Indian students, which sharply contrasts with the steep increases from 8th to 12th grade seen in MTF. Although current alcohol use by American Indian 12th graders was lower than the MTF average (one positive note in the study), current marijuana use stood at 35 percent for American Indian seniors—much higher than the 21.5 percent in the MTF survey.

Nathan Philips is not an oppressed minority. He’s a shameless savage who lied about Vietnam service and deserted our great military on several occasions. His attempted provocation of young Americans makes sense when you consider the fact that he has child sacrifice written into his very DNA. He has been biding his time to strike the right alliance and restart his people’s war with the white man and his church. And if war breaks out between the United States and Mexico, expect the red man to return to their terrorist ways. Philips’s attacks on the Catholic church in Washington D.C. are just the beginning.

Andrew Jackson was a great American hero who did the right thing driving these savages into Mexico. We were able to live for centuries without fear of barbarian attack because of it. America would do well to learn from its past successes in dealing with the problem of diversity, and how a seemingly “extreme” solution makes for a better future than living with violent ethnic conflict.