And The Alt-Right Shall Inherit The Right

by Jonathan Peter Wilkinson on November 10, 2017 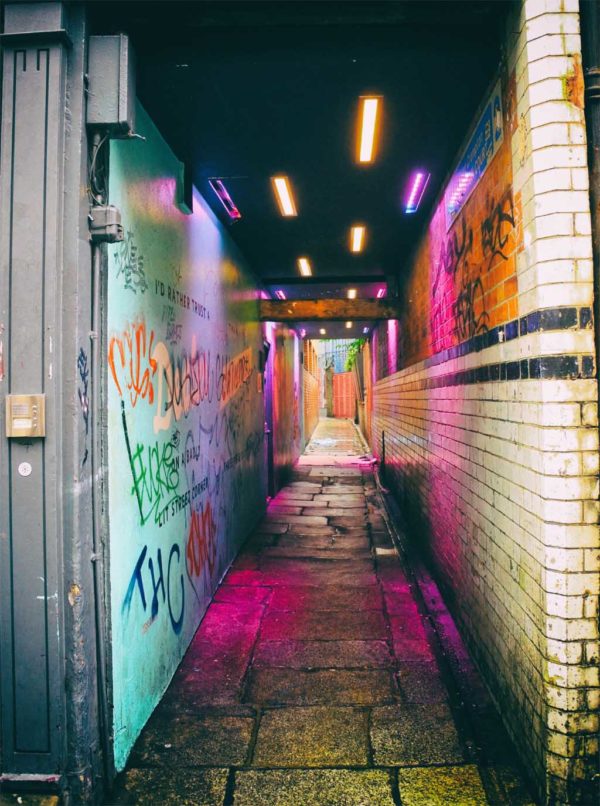 The Alt-Right doesn’t like everyone on the Right and most of that so-called Amerikan Right would rather not be associated with the Alt-Right. This, of course, has nothing to do with whether the Alt-Right has the right of things morally and politically speaking. We do, they don’t, and the more and the harder the SJWs double down on their purge of the non-believers, the more those non-believers of various belief systems, and predominantly alabaster skin hues, will be quietly and unobtrusively slinking into the rear pews of our less pompous version of the cathedral every Sunday.

The Alt-White grows as SJWs project their own behavior in order to accuse all who denigrate or dissent from their agenda as !RACIST! Here we can see the accusation.

Here we have the reality. 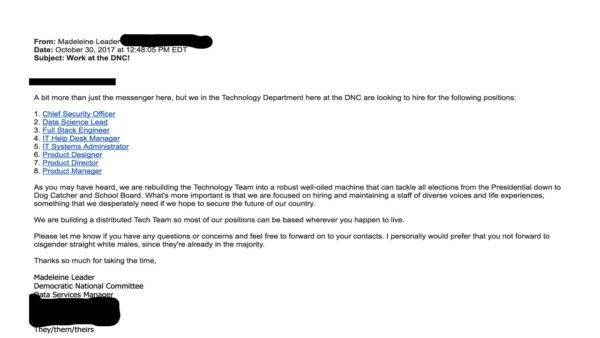 Newton’s Third Law is not just a law of physics. It is probably a Platonic Form representing an absolute, God-Breathed Truth. You cannot indefinitely tension a spring. It will gain potential energy until it overcomes all friction and opposing force. The restoring force will be a reaction, and that doesn’t just apply in the realms of engineering and physics.

Consider Rod Dreher the Cuckservative version of a tension-bearing spring. He will put up with much Umgwalagwala before submitting, as he must, to the inherent truth and beauty of the Gawdawlmiddy Alt-Right. Here he reacts to how the Dems are recruiting their new base of tech talent.

They do not want white heterosexual males to apply (unless youâ€™re a transgendered male). Note the â€œthey/them/theirsâ€ at the bottom. Doesnâ€™t matter if you have the tech skills to help the Democrats win elections. If youâ€™re a cisgendered straight white male, your application goes to the bottom of the pile. Brilliant, just brilliant. The thing that just slays me about liberals like this is that they have no clue whatsoever that this kind of discrimination is immoral and offensive.

Well, no. It didn’t actually slay poor Cuck Dreher. But it stuck hard in his craw because once upon a time it just about did. His tale of woe at the hands of the SJW Tolerance and Diversity Torquemadas follows below.

This stuff is not new. I was told in 1997 by a newspaper that initially welcomed my job application that my CV was put in limbo because the publisher decided that he didnâ€™t want a white male in that job, unless they couldnâ€™t find anybody as qualified as me. After a national job search that lasted several months, their search was fruitless, and they said they would now like to bring me in for a job interview. By then, I had just taken a job in NYC, and was on my way to a different life. Iâ€™m glad things worked out the way they did for me, but man, did that experience ever stay with me. It impressed upon me the injustice of the days when prejudice kept women and minorities for being considered fairly for jobs. That was unjust. But you donâ€™t make up for one injustice by perpetrating another. Thatâ€™s what the (white, male) liberal publisher of that newspaper was trying to do.

So what did he realize about Muh Civil Rites? The same thing that BLM recently taught us about rights in general. You have the rights that you are willing to eat some other bastard’s filthy intestines over in order to perserve.

Do you know when you have a first amendment right in Amerika? There are four occasions. 1) You are surrounded by law-abiding individuals who actually accept their socialization into our current managerial state. They will voluntarily allow you to say things they may or may not like without brutalizing you. 2) You are Chuck Norris. 3) You come armed well enough to not have to be Chuck Norris. 4) The State enforces on whomever would like to forcibly shut you up. So neither one nor four happened at The College of William and Mary in Virginia. If they consistently donâ€™t happen, then you either become a hard, hard man or fornicate and forget whatever right you have some delusional belief in from your High School Civics Class.

So poor Rod Dreher, (and I don’t even call him that to mock him anymore) he has to act completely outside his fundamental nature as a man in order to preserve any illusion that he can keep on Cucking in The Free World. He has to shoot (or at least vote) to kill if he doesn’t want he, his offspring, and his beloved kind disposed.

This mentality exemplified by Madeleine Leader has a lot to do with why, at the end of the day, Iâ€™ll end up voting Republican out of pure self-protection, and to protect the job prospects of my children, especially my sons. Good job, Democrats. You are telling straight white people that they are second-class citizens who donâ€™t deserve fairness. Youâ€™ll continue to find self-hating liberal whites who are willing to accept this garbage, but many more arenâ€™t falling for it â€” and know what kind of world Democrats are preparing for them when and if they take power again. As a registered Independent whose economic and foreign policy views are to the left of the average Republicanâ€™s, I would love to have the chance to consider voting Democratic in a national election, especially with the GOP in such a mess. But out of self-protection, I canâ€™t take that chance.

I was (even) way more the Cuck once. Then I, like Rod Dreher, was told by these Cuckwads that they could taste my stink. It’s a message that resonates. It alters how you think. It is already altering how Rod Dreher votes. How many other NeverTrumps felt a similar moral and philosophical alienation? How many of them felt that everything they were told by their moral betters was right was also rat poison to their own future and that of their offspring? How long do they stay in tension before Newton’s Third Law kicks in?

How long? Not long. Neo-Reaction is to politics what the restoring force is to Newtonian Physics. When the tension makes the Cucks snap back, they are coming our way. You can only only roll to disbelieve reality in Advanced Dungeons and Dragons. You can only live on the philosophical equivalent of nothing but Twinkies and Scotch in a satirical Kurt Vonnegut story. The closest I ever came to actually liking Nick Saban and The University of Alabama football team was when Coach Saban called the narrative being spun by the local media covering his team rat poison.

Not even an idiot like (((Rod Dreher))) is stupid enough to order rat poison as his favorite upscale Bistro. Nobody else will either. This is why we need to perservere, critique and rail against the madness of diversity and demand Freedom of Association. We, the Alt-Right are actually right. No matter how the SJWs lie, not matter how the Cucks stab us in the back, we and only we are the few and brave on the side of God. Deus Effing Vult. The Alt-Right shall inherit the Right. Nature cannot otherwise function. We must continue onward in our righteous crusade.

Revolutions May Be Tantrums In Response To Famine, Not Revolts Against Injustice | “Privilege” Has Nothing To Do With Success; IQ Does