You Can Have Any Right You Are Willing To Kill For 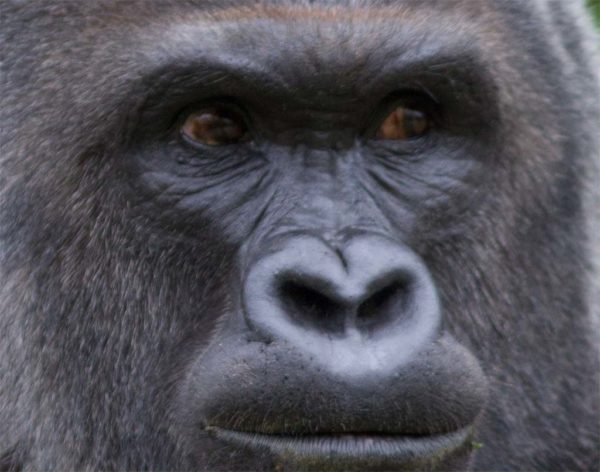 Black Lives Matter can really amuse me sometimes. They cut through the nauseating social pretenses of the Jonathan Chaits and Lindsey Grahamaphrodites around the world with a double-edge bastard sword. Here they address the quaint honkey custom of the First Amendment.

Students affiliated with the Black Lives Matter movement crashed an event at the College of William & Mary, rushed the stage, and prevented the invited guestâ€”the American Civil Liberties Union’s Claire GastaÃ±aga, a W & M alumâ€”from speaking. Ironically, GastaÃ±aga had intended to speak on the subject, “Students and the First Amendment.”

And it gets more amusing. Senora Gastanaga then attempted to pat them on their cute little Malcom X heads and patronize them. Because of her arrogant presumption that she had rights, she choose poorly.

At first, she attempted to spin the demonstration as a welcome example of the kind of thing she had come to campus to discuss, commenting “Good, I like this,” as they lined up and raised their signs. “I’m going to talk to you about knowing your rights, and protests and demonstrations, which this illustrates very well. Then I’m going to respond to questions from the moderators, and then questions from the audience.” It was the last remark she was able to make before protesters drowned her out with cries of, “ACLU, you protect Hitler, too.” They also chanted, “the oppressed are not impressed,” “shame, shame, shame, shame,” (an ode to the Faith Militant’s treatment of Cersei Lannister in Game of Thrones, though why anyone would want to be associated with the religious fanatics in that particular conflict is beyond me), “blood on your hands,” “the revolution will not uphold the Constitution,” and, uh, “liberalism is white supremacy.” This went on for nearly 20 minutes.

Others around the blogosphere tried to defend our precious narrative. Rick Moran cucks quite cuckingly over at American Thinker.

The forces of tyranny on college campuses are becoming louder and more incoherent and have now reached the point where they are attacking those in the establishment who support them.

Witness what happened at William and Mary College when a speaker from the ACLU tried to address a gathering on the subject of free speech. BLM is completely oblivious to the irony. This makes the BLM people not only ignorant, but also a threat to liberty. Of course, BLM isn’t the only radical group looking to destroy the traditional concepts that underlie free expression. Antifa and its affiliates, student groups of all races, even “mainstream” leftist groups are all insisting that speech they don’t agree with be suppressed. There is no rational justification for suppressing free speech, so these groups use irrational reasons to defend their actions.

There is nothing incoherent. BLM told the ACLU to shut up and accept their demotion. The ACLU heifer still ran her yap. BLM reared back, applied the pimp slap. “I’m Rick James, bitch!” They explained. I mean what else did the five fingers say to the face?

So once the ACLU has taken Bill Clinton’s advise and gotten some ice for that, we should now discuss students and the first amendment. Do you know when you have a first amendment right in Amerika? There are four occasions.

So neither one nor four happened at The College of William and Mary in Virginia. If they consistently don’t happen, then you either become a hard, hard man or fornicate and forget whatever right you have some delusional belief in from your High School Civics Class. “The Revolution will not uphold the Constitution.” Not much will. Absent a determined willingness from the state and the voluntary acceptance of a vast majority of the population, a constitution is a rather expensive pile of toilet paper.

Next, we get â€œLiberalism is white supremacy.â€ Perhaps compared to Senator Lindsey Grahamaphrodite it truly is. But still, it really should clarify things. BLM is not just Mau-Mauing the contemporary version of Leftist Flak-Catcher. They think that Barack Obama’s Presidency signified their ownership of American Leftism. They are convinced that if America is truly racist, they are truly entitled to make those crackas dig the ditch before the machine guns fire.

It’s a little late in the game to patiently explain that anything built on their backs was built with our brains. They are not listening because you cannot make them listen. Paul Mirengoff sounds rather like a mouse who hasn’t belled any cats lately below.

College students, like the rest of us, can believe and spout whatever idiotic propositions â€” e.g. â€œliberalism is white supremacyâ€ â€” capture their fancy. But they cannot be allowed to shutdown speakers â€” either liberal or conservative â€” who hold differing views. William & Mary is a state school. It likely will be under pressure to respond to the outrageous treatment of the ACLU speaker with more than just slaps on the wrist. But that doesnâ€™t mean it will so respond. This is a good test case. Weâ€™ll be watching closely..

Yep. And according to Hillaire Belloc, they are not the only ones watching.

They are watching indeed. They will take from you any right that you would not shoot to kill in order to defend.

America Wakes Up To The Multi-Dimensional Nature of “Racism” | Homogeneity Works, Heterogeneity Does Not: Ethnic Diversity Is As Toxic As Racial Diversity