America Splits In Two Over Politics 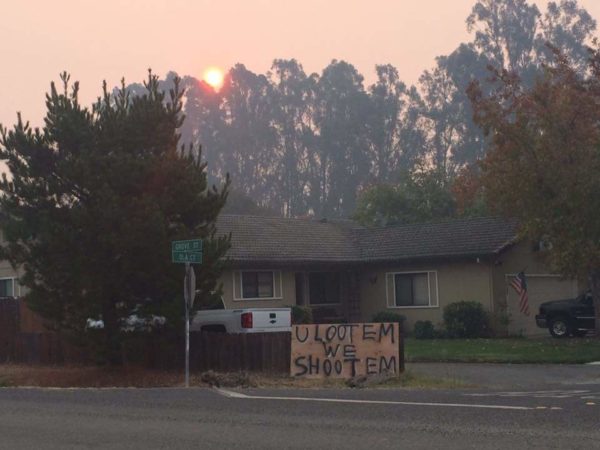 Guess the Civil War really did not resolve the fracture of this nation. It is divided into two groups: Leftists who want atomized equality and city living, and Rightists who want traditional living in suburb and country, marked by social order instead of the alienation and self-centeredness of the modern era.

For many years, during which the Left got ahead, the Right believed that it could maintain that way of life for itself by compromising with the Left and giving them some of what they want. The last few decades have showed us that Leftism is like an infection, and it grows to eventually take over all areas of government and society.

As a result, Americans are polarizing and abandoning the great neoconservative dream of bipartisanship and compromise:

In political values ranging from views of government and the social safety net to opinions about immigrants, race and homosexuality, Americans are less likely than in the past to hold a mix of conservative and liberal views. At the same time, ideological consistency â€“ the shares of Americans holding liberal or conservative views across a wider range of issues â€“ is increasingly associated with partisanship, a recent Pew Research Center study shows. This reflects a continuation of trends documented in the Centerâ€™s 2014 study of political polarization in the American public.

We saw what the Left would do since, once given power in the 1990s, they acted out their ideals and instead of pacifying the situation, they intensified the demands of Leftists. We went from JFK-style Leftists who wanted a social safety net but also fought Communists to the contemporary version, different only in that they have greater power, who want a neo-Communist regime.

When the children indoctrinated during the 1990s voted Barack Obama into power, it made it clear that conservatives and liberals desire vastly different societies. In particular, Leftists hate white people and anyone else perceived to have been historically successful, and want to embrace all behaviors as legitimate, where conservatives want social standards and social order. 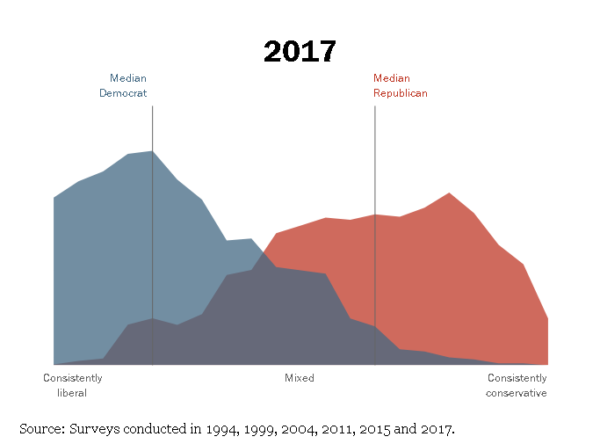 Given enough power, Leftists reveal the brain-altering nature of the mental virus of equality, which is that since it is open-ended and has no qualifiers, it expands to fill all space and change everything into a human image. This image portrays a mob formed of selfish individuals, each demanding that nothing he does be used to lower his social standing, especially when he is unrealistic and makes a disaster.

This “tolerance,” as they call it, quickly balloons into absurdism:

One neednâ€™t be a genius to see where Michaeliâ€™s logic leads. If we heed her quest to â€œbreak apartâ€ the nuclear family so that marriage is broken apart from parenthood and parenthood broken apart from childbirth, we can actually assemble a new default option, an ideal one that bypasses the structural problems of the older default. Weâ€™ll then discover that the best way to combat the inherent inequality â€“ one that favors men and that Michaeli identifies as part and parcel of the institution of marriage â€“ is to replace the default option with same-sex marriage, which lacks the inequality that derives from the differences between men and women.

In an ideal egalitarian society men will fraternize with men and women with women. And what about children? â€œThe person who takes responsibility for the child â€“ and someone must take responsibility for the child â€“ needs to be obligated for certain criteria that the state should actually decide on.â€ The state? â€œNo! What do you mean the state? Itâ€™s us coming together in a democracy, we all decide what it means to be a good parent,â€ explained Michaeli.

Subsequently, in the name of progress, perhaps the primitive practice which served our forefathers will also come to an end. Babies will be born under ideal laboratory conditions, and only under state approval. The â€œbiological advantageâ€ of heterosexuals, namely their ability to reproduce, will be considered a violation of the equality principle of homosexuals. After all, how will the state be able to determine whether men or women meet the required standards for becoming parents as long as they are free to become pregnant without a license?

The human ego — this is the hubris of the lower classes and mercantile elites that propels the Left — wants to remake the world in its image. That means the human individual, and its social group, because in a social group one is already accepted and cannot lose status for screwing up, with only a few exceptions. Through this a cult-like mob forms and forces others to obey its vision of the world.

On the Right, we like what has worked since the dawn of time because it is eternally true as a way of adapting to our world not just at a minimum, but as the best possible option for a life where we live in sanity, mental clarity and have a sense of purpose. That is incompatible with the Leftist view and always has been, but now it is visible, and so we are coming apart.