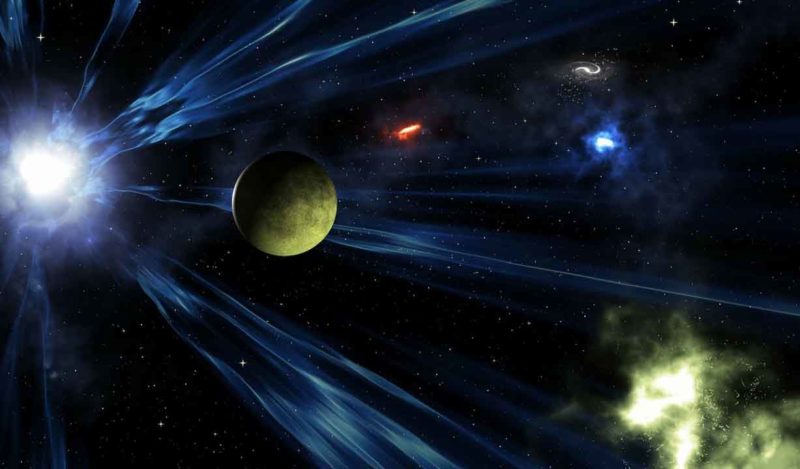 [dropcap]T[/dropcap]he planet was cooling. The Hive Mind was aware of that. The information that arrived from all its varied senses could generate no other conclusion. This was a bad thing . The Hive Mind had evolved when the world was hot. It was used to the heat, and the thick atmosphere. It took some time, and some of its incredibly vast pool of mental resources to consider the implications of this knowledge. It thought so long and so hard on the problem that several of its constituents had no time to eat and died. This was of no importance, more were being created all the time. As long as the hive remained there was no problem. It decided to spend the next few years gathering information.

Flying scouts were dispatched to investigate the causes. Most never returned, those that did reported a slow buildup of glaciers in the south, and an increasing aridity in the continental interior. The Hive Mind compared these observations with its memories. It had memories that went back many hundreds of years. It was clear that this was no minor weather event. This was a major climatic change. Already many of the forests that had existed 200 years ago were gone. Another few years of investigation were carried out. Many more scouts were lost, but the information returned by the survivors made it clear that the trend was continuing, and would likely be self sustaining. The increasing cold and aridity destroying the forest, and the lack of forest increasing the aridity, as well as thinning the atmosphere as more water vapor got locked into ice.

It took this information and tried to make predictions about its future. All the scenarios it ran resulted in its death. Beyond that, they resulted in the death of all the related advanced life forms that the Hive Mind had evolved with. There was no way out for it. The cooling was coming too fast. It would be death for the Hive Mind, and for all the related creatures. For a mind that had existed for centuries, and expected to be almost immortal, it was quite a shock.

Further processing revealed that it was likely that some creatures would survive. Simpler creatures that could adapt readily to the changing environment, but nothing as complex and highly organized as it. While this offered some consolation as to the continuation of life on the planet, it did not, in any way, seem to offer a way out for the Hive Mind. Other species were of no importance to it. It simply allowed them to continue living if they offered no threat, and preferably could provide something useful to the Hive Mind.

It made a decision. A very difficult decision, but one that it felt it had no option but to try. It decided to contact its peers.

There were other hive minds in existence. They tended to be widely separated, and tried to avoid contact as much as possible. In the past they had fought, involving each other in long and destructive wars that had cost billions of drones and never really solved anything. By tacit agreement they had withdrawn from contact with each other as such conflicts were just inefficient uses of their resources. However, it seemed to the Hive Mind that, faced with a crisis of this magnitude, the collected intelligence of all the minds on the planet should be brought together to try to work out a solution. It was, to the Hive Mind, the only option.

It sent out its least intimidating drones to contact the other minds. Most did not return, killed by the warrior drones of its peers. It continued. Slowly gaining trust and making contact at the cost of innumerable drones. Eventually its peaceful intentions were understood and a meeting arranged.

The drones from six other minds joined those of the Hive Mind in a clearing chosen to be as equidistant as possible from all the meeting hives. While the actual communication would be handled by harmless drones, each mind had sent thousands to support them. Along they way they had swarmed over some of the local amphibians and slaughtered them, to provide enough nutrition to feed the drones gathered at the clearing.

Then came the need to find a common language. The drones communicated by passing complex chemical packages between them, but the minds had been separated for so long that complex communication was almost impossible. Their respective languages had drifted too far apart. It took more than a year for the minds to reach a suitable level of understanding between themselves. In that time millions of drones worked and died at the clearing, and many hundreds of amphibians were killed to keep the ever-renewed drones fed.

When communication was finally established the Hive Mind fed its peers the results of its investigations. It learned that they had reached similar conclusions on the nature of the climate change, but were also unable to offer any alternatives. All the minds agreed that they faced an issue that could result in their destruction, but that they seemed to lack the ability to counter it. One of the minds simply considered the problem insoluble and withdrew from the meeting. The others continued to exert much of their energy on the issue, but no solution held up to rigorous examination.

In the third year of the meeting came the arrival of an unexpected visitor. It was signaled by the arrival of several of the largest flying drones the Hive Mind had ever observed. Each had four huge wings that glittered in the sun, and their faceted eyes alone were bigger than most of the worker drones employed by the Hive Mind. Each settled on the ground in such a way as to open a path into the clearing for a swarm of other drones, workers, warriors, and communicators. The communicators tasted the chemical messengers being used at the meeting, allowing the controlling mind to rapidly understand the communication rules that had been adopted by the meeting minds.

Only then could the new mind introduce itself. It was, as the Hive Mind had suspected, The Original. The first hive to reach sentience. The oldest of all the sentient minds on the planet, and often regarded as the wisest. The Hive Mind had tried to contact it originally for the meeting, but had been unable to find it. Now it had arrived, and it had an idea.

The idea was shocking. The Hive Mind rebelled from it at first. It would mean its own death, at least in any way it conceive of. Yet, what were the options? The Original had at least offered some form of racial survival, even if it meant looking at things from a very long perspective. Hundreds of millions of years in fact. The Original was used to looking at things from the long view.

It took another two years before all the minds at the meeting agreed. Then almost another year to lay out the plans. Each mind needed to vastly increase its number of workers, and at the same time to reduce the amount of work done to protect and maintain the hive itself. Instead almost all the workers would be needed to put The Original’s plan into action. Other sections of the mind, warriors, breeders, communicators, would also need to be reassigned and modified to fulfill their role. With winter approaching it would not be possible to put the plan into action until the next spring, but so what? The plan was a long term plan, another half year would not appreciably change the result.

Over the winter the hives worked harder than usual producing new drones. Many of these had to be modified. Many failed and had to be recycled back into the nutrition pool. By spring, however, the hives were ready.

On the assigned day to begin billions of worker drones spread out across the forests. They began to destroy the foliage, pulling down all the giant ferns, horsetails, and progymnosperms, ripping up the fungi and lichens. More workers, heavy duty transport workers, arrived to dump the dying vegetation into shallow lakes and sea areas where the minds had decided the best chances for its transformation lay. Other workers fed streams of nutrients, made from whatever came to hand, into pools and sea areas to encourage a growth of plankton and algae.

Smaller groups, but equally important, began raiding the non-sentient hives in the area. The creatures here were related to the hive minds, but had not developed sentience. The raiders dragged off breeding stock and took them back to the hives. There they were changed, by breeding and by using the communicators to feed them materials that would alter their genome. Once the minds were happy with the results they unleashed their warrior drones to destroy as many of the unaltered non-sentient hive species as they could, leaving the altered ones in the majority.

Within a space of a few years the hives had effectively removed virtually all the vegetation on the continent. It didn’t help their environment, climate change was now going wildly out of control. Species extinctions had been noted in some of the non-hive species and even the hives themselves were weakening. The pools with the vegetation were now covered up with layers of soil. The ocean and pool living fauna were likewise suddenly buried. The hives acted carefully, making sure that the the piles remained as anaerobic as possible.

With almost no food, with the climate rapidly cooling, the hives were dying. Drones could not survive and as the number of drones dropped the Hive Mind felt its sentience dropping away. It did not know exactly how many individuals it needed to remain sentient, or even if there was some threshold that would mark the lack of actual sentience. It did know that it would be gone in a year or so.

It had time, though, to review The Original’s plan. Everything they had buried would, even now, start to turn into something different. Over time, under pressure, and in anaerobic conditions it would change to become energy and carbon rich. Assuming any intelligence existed in the future it might find this, and use the cheap energy, thus releasing the carbon. If it did in a short enough time then the atmosphere of that far distant future would change and once more become suitable for the Hive Mind and its ilk. If that happened the genetic changes written into the simpler hive creatures would be triggered, creating new hive minds that could once more dominate the world.

The minds assumed that intelligence would arise again in the future, but they had no idea how long that would take, or what form the intelligence would take. They had taken a gamble on the long view. They had risked everything, destroyed their own environment, on the assumption that they might be reborn in the future. Before its last sentience faded the Hive Mind earnestly wished that all intelligence, particularly that to come, would also act as selfishly. Otherwise the plan would never work.