America Began As A Communist Nation 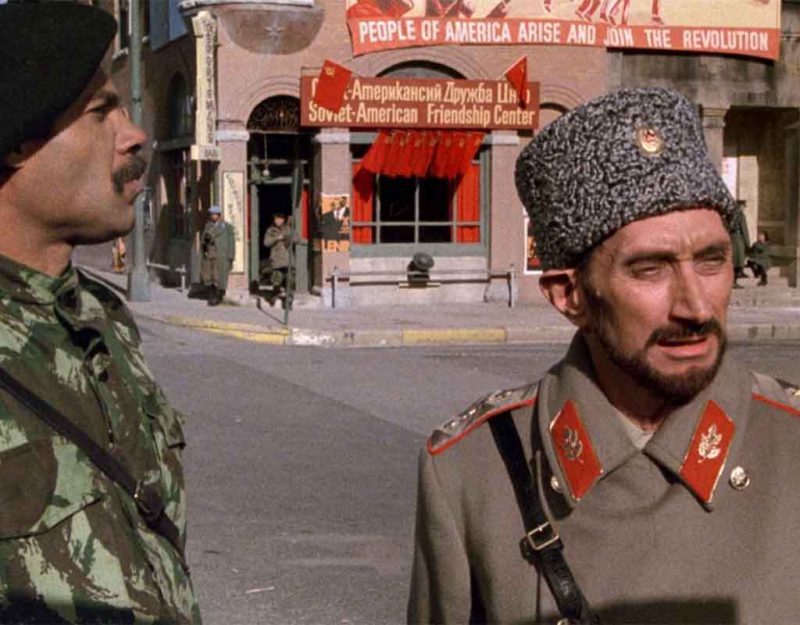 Clowns love to tell us how Communism has never been tried, or that it is the natural state of primitive man, and therefore we should discard all that we have learned since the dawn of time and embrace the red star, hammer, sickle, and gulag.

A look at American history shows us that, under the control of large corporations, America began as a Communist experiment which became, like all Utopian experiments, a brutal learning experience:

A major reason for the persistent hardships, for the “starving time,” in Plymouth as before in Jamestown, was the communism imposed by the company. Finally, in order to survive, the colony in 1623 permitted each family to cultivate a small private plot of land for their individual use. William Bradford, who had become governor of Plymouth in 1621, and was to help rule the colony for thirty years thereafter, eloquently describes the result in his record of the colony:

All this while no supply was heard of…. So they began to think how they might raise as much corn as they could, and obtain a better crop than they had done, that they might not still thus languish in misery. At length … the Governor (with the advice of the chiefest among them) gave way that they should set corn every man for his own particular, and in that regard trust to themselves…. And so assigned to every family a parcel of land … for that end, only for present use…. This had very good success, for it made all hands very industrious, so as much more corn was planted than otherwise would have been by any means the Governor or any other could use, and saved him a great deal of trouble, and gave far better content. The women now went willingly into the field, and took their little ones with them to set corn; which before would allege weakness and inability; whom to have compelled would have been thought great tyranny and oppression.

The experience that was had in this common course and condition, tried sundry years and that amongst godly and sober men, may well evince the vanity of that conceit of Plato’s … that the taking away of property and bringing community into a commonwealth would make them happy and flourishing…. For this community … was found to breed much confusion and discontent and retard much employment that would have been to their benefit and comfort. For the young men, that were most able and fit for labour and service, did repine that they should spend their time and strength to work for other men’s wives and children without any recompense. The strong … had no more in division of victuals and clothes than he that was weak and not able to do a quarter the other could; this was thought injustice…. Upon … all being to have alike, and all to do alike, they thought … one as good as another, and so … did … work diminish … the mutual respects that should be preserved amongst men…. Let none object this is men’s corruption … all men have this corruption in them…. (William Bradford, Of Plymouth Plantation, 1620–47, New York: Knopf, 1952, pp. 120–21.)

The antipathy of communism to the nature of man here receives eloquent testimony from a governor scarcely biased a priori in favor of individualism. Plymouth was destined to remain a small colony. By 1630 its population was still less than four hundred. Its government began in the Mayflower Compact, with the original signers forming an Assembly for making laws, choosing a governor, and admitting people to freemen’s citizenship. The governor had five assistants, elected also by the freemen. This democratic setup signified a very loose control of the colony by the Peirce company, which wanted to accelerate the growth of the colony, and saw the Pilgrim dominance as an obstacle to such growth.

Let us assemble what we can learn here. First, large corporations would love to have people dwell in Communist-like conditions, because that way the money would flow upward, much as it did in Russia after Communism fell, and maybe even during Communism.

Second, these companies feared the dominance of culture, in this case Anglo-Saxon culture plus Pilgrim religion. They wanted a heterogeneous group instead because it would have nothing motivating it except money, which allows these companies to take advantage of the profit motive to individuals that replaced the original Communist scheme.

We find ourselves still caught in this dilemma. Our Puritan streak wants to be pagan, nationalist, traditionalist, and that type of religious which demands people motivate themselves toward the good instead of simply avoiding the bad and otherwise being mediocre.

On the other hand, someone must have power, and those who are in control — big committee groups like corporations, democracies, PTA meetings, and bureaucracies — want us to either go full Communist or, when that fails, become profit-motivated wage slaves who hate each other.

History repeats itself, at least until with figure it out and move on.