America: always intended to be a white nation 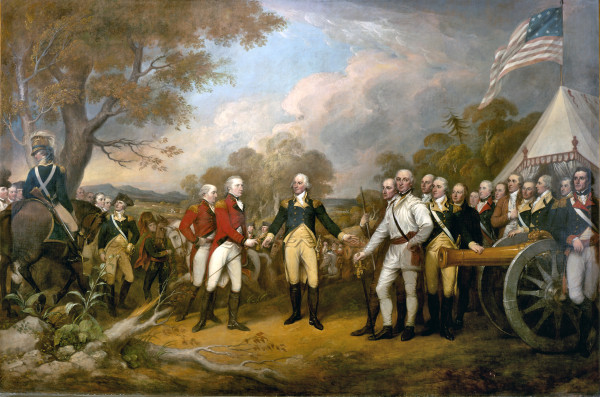 If you describe to someone the process of making rice, you’re generally going to say something like, “Put a pot on the stove, fill it with two cups water, bring to a boil, then dump in a cup of rice.”

That description leaves out a lot however. You didn’t say to take the lid off the pot before adding the water. You didn’t mention what bringing to a boil is. You didn’t specifically say to check the rice for bugs.

It’s the same way with history.

Certain assumptions attach themselves not only to certain times, but to certain levels of proficiency. Among expert chefs, the rudiments of boiling rice need not be discussed, so they are left out in favor of finely graded details such as levels of heat and degree of inclination of the pot lid.

The United States was founded on the idea that all men are created equal. What is “equal”? What are “men”?

Since the 1960s especially, but throughout the history of our nation, the forces of subversion — those who feel incompatible with the majority and thus hate it and wish to destroy it — have been steadily working to re-define terms that we rely on.

They want you to think that America was founded on the idea that everyone from anywhere could come here anytime and by swearing that he or she loves “freedom,” be an American.

The original United States Naturalization Law of March 26, 1790 (1 Stat. 103) provided the first rules to be followed by the United States in the granting of national citizenship. This law limited naturalization to immigrants who were “free white persons” of “good character”. It thus excluded American Indians, indentured servants, slaves, free blacks, and Asians. It also provided for citizenship for the children of U.S. citizens born abroad, but specified that the right of citizenship did “not descend to persons whose fathers have never been resident in the United States”.

The Constitution, created the previous year and still under amendment at the time of that law, was a work in progress that like the instructions to boil rice left a lot out. The fact that the Bill of Rights had to be added is proof enough of this.

But the early Americans felt strongly enough to make a law in parallel which specified who could be an American. Specifically, “free white persons” of “good character.”

These are the group of people we call American Nativists, and they tend to be of German, English, Dutch, Scandinavian or Scots descent. If you go into any Revolutionary War-era town or settlement and read up on the names of the people there, especially in cemeteries and churches, you will find the names are from these groups.

We don’t need to specify what rice is. Neither did they specify what “free white persons” were. It was a cultural understanding that these people were exclusively Northwestern European. Not Irish, Slavic, Italian, Jewish, etc.

On the other hand, the early Americans were not fanatics either. They had Jewish people and even some Italians living among them. They treated these people well, but as long term visitors. The understanding was that these groups would want to preserve their own culture, and so lived apart, in Chinatown-like settlements of their own.

Until the neo-Marxists took over the United States in the 1960s, a similar understanding was had here. The Northwestern European American Nativist majority was tolerant of those who came to stay here. It in fact wished them well, but also was going to go about its own business.

Leftist rule changed that. Suddenly it became illegal to not hire someone, not rent to them, not sell to them, or deny them anything if their race was non-majority (in legal terms, it’s impossible to tell whether they were denied because of their race, or from something else, so race is assumed to be the cause).

The leftists pulled their usual move, which is to find a plurality and gang-rush the ramparts of power, then implement a crazy plan. Once it hasn’t failed for three weeks straight, they declare it a victory and start viciously attacking anyone who opposes it, rising in urgency as the plan ages and thus its inherent failings become more visible.

Currently the leftist push is to racially integrate America on a genetic level so that we are all a uniform shade of brown. Whatever reasons they give for this — pacifism, an end to racism, a new super-race — are all lies. They want to destroy the majority and take over in its place.