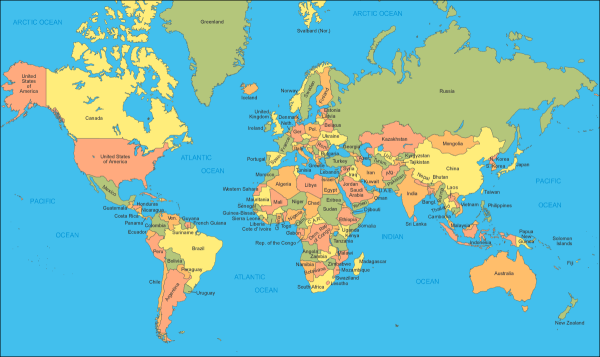 If you were a disembodied soul floating in the aether, and you knew you were to be incarnated on earth, where would you choose to be born?

You have many options, starting with continent. Asia? Africa? Australia? America (N, C, S)? Europe? Eurasia? The middle east? But then you have to ask yourself what country you would favor.

For example, you could choose Uganda. Or Costa Rica. Brazil, or Indonesia. South Africa, or Ireland. Canada, or Argentina. Kenya or Madagascar. Iraq or Mexico. Even Vietnam or the United States.

But this leads us to some dangerous conclusions. If you picked by the best place to live, you’d probably end up in Japan or Northwestern Europe.

This leads to the greater question of Caucasianism. Absent Japan, which is as much an anomaly on earth as Europe is, Western Europe represents the pinnacle of life. Not just wealth, but sanity in society, culture, innovation and learning.

What did these people do right? And can we replicate it, since they stopped doing it?

Caucasianism might be defined as the method that made Europe and by extension the colonies (USA, Canada, Australia). It might be a culture, or a tribe, but right now, we should look at the procedures and processes alone. There’s a reason for that.

For obvious reasons, most of us would choose to live in NW Europe, its colonies, or Japan. These are the most stable and productive places on earth and citizens have the best life experiences in them. If something goes wrong, like an injury or disaster, these are also the best places to be. There’s the least corruption and most organization.

Technology alone doesn’t explain the difference. These places were leaders long before they were technological. Nor does wealth, although it’s part of the appeal. Even after devastating wars, these favored places produce wealth from seemingly nothing.

However, it doesn’t seem to take everywhere. In fact, it often fails to catch on at all. Perhaps something is needed before the Caucasian method, like a lead-up to it. It might even be wired within the people themselves.

For the past seventeen years, I’ve written sporadically about something I call race-culture theory. That theory takes the common-recognized idea that culture shapes genetics, and adds to it a radical one: genetics shape culture.

In contrast to the illusory dogma of our time, there is no universal culture. Culture is specific to the groups that produced it. That is because culture starts with choices. A small group of hunter-gatherers considers society, and works toward it, developing a language to record and transmit their thoughts. They then make this society reflect their methods and the values they’ve learned from which of those methods were most likely to succeed. This culture then arises and is relentlessly self-enforcing so that it includes only those who are compatible with the culture. Over time, it becomes encoded into the genes, and at that point, there is less need for enforcement of the rules because they are common sense and second nature.

As we watch the liberal democratic method, combined of equal parts liberal social engineering and rightist free markets taken to an extreme, wind down in global failure which like the Soviet Union before it leaves an ecocidal mess in its wake, it makes sense to consider race-culture theory. What kind of society do we want? One where we have nothing in common, and require a police state to keep us in line, or one in which we know what to do instinctively because we have grouped with those like us and used culture, not power, to guide us?

Mass delusion is group coercion | America: always intended to be a white nation