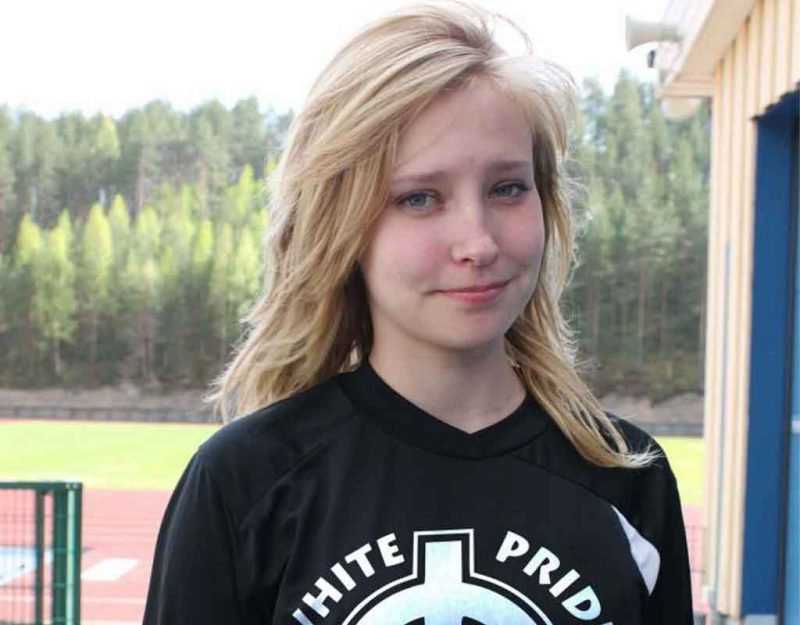 The Roman Empire didn’t just magically wink out of existence in 476 AD when Odoacer emerged from the woods with a band of thugs and deposed Boy-Emperor Romulus Augustulus. Things had gone Post-Cobain Grunge Rock for many years. Some argue Constantine effectively ended it for Rome by making Christianity the official religion of the empire. Others counter that after Diocletian Ocasio-Cortezed Rome’s currency and labor markets, Constantine could have worn dresses around the palace and worshipped a flying spaghetti monster. There would have been no difference in the karma that Rome had richly earned in abundance.

The parallels in Modern Amerika are too obvious. Our new religion is the Faith of Heretical Wokism and our dollar may or may not clean your butt any better than a good roll of Charmin. There is no logical scenario in which our 4th Turning takes us any place that isn’t through the rotting guardrails and over the cliff; into some stony, scrub-bearing canyon. The Bitchin’ Camaro is about to go kaboom. Be intelligent and be prepared. Be a passenger in something other than that particular Camaro.

If you don’t have the GOOD Plan that enables you SIP in some militarized bunker; many miles away from the coming conflagration that is Amerika, you need to live as much as possible in your own world. Literally. As the systems we rely on fail, we fend for ourselves and our loved ones by building additional circuitry that runs in parallel. In essence, we establish back-ups before the mains all fail due to demotism and equality poisoning.

Hence I attempt my crack at how this might be possible; if not feasible in the Alt-Universe Series. Today, we discuss what happens when The Stonertarians and Commies quite literally disband or defund the police. When your locality cucks to Kaepernick and your police are no longer really worth calling, you need Alt-Universe I. You need Alternative Law Enforcement.

We can work around a dishonest, defunded, or a terminally stupid law enforcement apparatus on three levels of engagement. Level I is personal defense of rights and property. Level II is neighborhood deterrence and defense. Level III involves the coordinated defense of community. Since Levels II and III will fail without a good establishment of Level I, we begin at home because that is where the hate is.

Level I is personal. It is where the defense of your freedom, your rights, and your existence begins. You as an individual have to be an unappealing target. Many will find that thought unpleasant and unrealistic. This is America. History is ended. I will always be safe in a liberal democracy. I remember philosophically debunking that sort of Cuck History during a post I wrote about Black Lives Matter Maoists shutting down a speaker at The College of William and Mary.

Do you know when you have a first amendment right in Amerika? There are four occasions. 1) You are surrounded by law-abiding individuals who actually accept their socialization into our current managerial state. They will voluntarily allow you to say things they may or may not like without brutalizing you. 2) You are Chuck Norris. 3) You come armed well enough to not have to be Chuck Norris. 4) The State enforces on whomever would like to forcibly shut you up.

Diversity means you may or may not be surrounded by law-abiding individuals. Your blog alias isn’t even Chuck Norris. You aren’t that foolishly suicidal. As law enforcement becomes enfeebled and converged, they will either assist or cower from anyone forcibly shutting you up at any point in time when you deviate from the narrative.

That means you must be effectively armed and be proficient in handing out the Ace of Spades death cards any time you presume to continue having civil or personal rights in demotic Nu-Amerika. Sometimes the correlation of forces won’t favor you having rights anymore. At that point you will simply have to suck the phallus. Our nation has effectively fallen. You no longer have any rights in America that you will not kill for in the streets.

The mobs that you cannot effectively terminate, you must be able to outrun or scare crapless. This means you need physical exercise beyond the confines of a good, friendly shooting range in order to consistently enjoy freedom or rights. I suggested that people get to work on that if they didn’t enjoy NPCdom in a post I wrote a couple of years back concerning the coming Boogaloo.

Most of us will not be able to do that at least initially. Ipso facto, not too many of us will enjoy our full complement of personal rights anymore on a full-time basis. If I knocked that program out now, in fifteen minutes or less; I’d finish the evening limply soaking in a bathtub full of Epsom Salt and hot water. You are either as PC or as NPC as you can effectively make yourself these days. Once you’ve fixed you, now get to work on the cul-de-sac.

Start Level II by getting to know and converse somewhat regularly with the neighbors. One of the most foolish things a lot of us do is to not even know the neighbors. They spend more time 50′ or so away from your kids than anyone not at the school or the sports league. They know exactly what cool things are in your garage. I don’t imply that they are a threat to your property or safety. Most of them will not be. But wouldn’t it suck if they were?

Once you’ve gained their confidence, sound them out a bit. Have unusual cars hung around the block? Do they see people who look wrong or worry about where things are headed? If trust reaches a point where you could have them care for your place while on vacation somewhere, maybe you and a few others can start a slightly more proactive version of Neighborhood Watch that actually does some watching.

Let one of these new Red-Pilled neighbors work for a law enforcement agency, and you have an alternate route into the protective capacity of the official Praetorian Guard that may be harder to politically or economically turn off to your detriment. Police Officers I have known are more protective of people they deem “solid citizens,” rather than “dirt bags.”

If the local delinquents know that guy that occasionally waters and feeds your pets or just checks out your house while you are away is also a County Sheriff’s Deputy, they will pick a better target when “TV-shopping.” Rights in Nu-Amerika are not justly or evenly distributed. If you have to play that screwed-up game, play intelligently.

Level III involves a significantly more organized and higher level of game. If you don’t like the police, or if the police work to stay off CNN rather than protect your neighborhood; then protecting your entire community from a targeted riot may require extreme measures. Our nation has gone to that remedy in our past. It may be time to organize and agitate towards the return of the American Militia.

Militias have given great service to America. They were the only defense for Britain’s North America colonies. After the Revolution, militias formed the basis of America’s voluntary mobilization system. They provided the majority of defenders until after the Spanish-American War. For example, in the late 1850’s American had approximately 75 thousand uniformed militia – all self-financed. Drawn from a population of under 30 million, that’s equivalent to approximately 820 thousand today. Other than the occasional war, our 19th Century militia served in much the same way as our present National Guard, providing valuable help during national disasters and civil disturbances. The modern National Guard was created with the Militia Act of 1903, replacing militia. But there is still a role for a militia.

The article above talks about a lot of plusses and costs of fielding local militias. As law enforcement gets more politicized, racialized, emasculated, and spit-upon by higher levels of government, it can only be a net positive to have a locally controlled mailed fist against centrally planned Anarcho-Tyranny.

Simply getting a good 15% of the people out drilling on a common militia green and learning to handle controlled lethality will have a certain chilling effect on anarchy, unrest, and politically correct brigandage as we now see being employed on behalf of The Biden for President Campaign. Not everyone can hack it in a serious militia, but enough of your neighbors will be pleasantly surprising in their level of martial competence. If 3 people out of 20 keep that AR-15 with two full-metal jackets around the house for quarterly militia duty all over town, the Bayesian Probabilities of painful repercussions won’t bode well for stupid property criminals.

So I’m not going to hate on the average American for antipathetically distrusting certain unethical individuals associated with our current debacle of a law enforcement system. Our police departments are underperforming and are getting worse as they come under more pressure. They are forced to live up to ridiculous demands that are far outside the range and scope of their professional training. If you rely on the police to protect you and your rights, you will wind up with fewer rights. You could end up getting seriously hurt.

When seconds count and help is more than few minutes away, you need another answer. In some cases, this will be a better one. In those occasions your safety, your neighborhood, or your community may depend on your ability to handle what a police department cannot or will not do. Then, you need Alternative Law Enforcement.

Periscope (July 28, 2020) | Our Problem Is Not Blacks, Nor Immigration, But Diversity