“Stepford wife” as an epithet uses a category as an insult, referring to the movie of the same name from the 1970s. This film preyed on many of the fears of people in that time. In an age of suburbs and mass-produced products, and relatively massive conformity driven by the leftover economic inertia from WWII, people feared losing themselves to obedience. 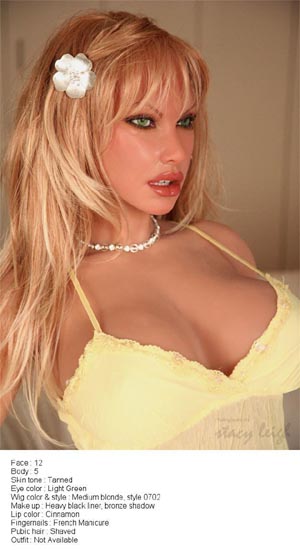 During the war, women had gotten a taste of independence — they were able to have jobs in industry, and have money. This convinced them that it was often easier to bail out of a relationship and move on than make it work, and so there rose in American society a certain hatred of men among its women. The movie “The Stepford Wives” was directed at the Baby Boomers: the post-WWII generation that inherited the attitudes of disposable relationships from their parents.

For a brief summary: a professional woman moves into a suburb where she begins to suspect that the submissive wives around here are robots designed for their husbands’ pleasure. The original film had as many plot holes as you might expect, but the remake in the 2000s had even more, which shows us how much Hollywood has advanced.

At that time of the original movie, many middle-class American women had children, and many of those were daughters. They raised these daughters in an inherently liberal worldview, in which their goal was to make themselves “equal” by joining the workforce, having careers and having political power. That of course conflicted with what we might call an evolutionary goal, which for every species is to reproduce. How do you raise children when you’re busy at work?

Some of these women ended up at Stanford, which one might say is the farthest one could get from conservative, family-oriented, role-specified middle America. Stanford is in California and not only does research into whacky things, but also encourages whacky behavior including drug use, ultra-casual sex, alternative sexuality, altering personal appearance and experimenting with new forms of culture. It’s the anti-Stepford, in theory.

But then, in that way that nature is always ahead of us, what we think is solid fact inverts itself. During the era in which children born in the 1970s grew up halfway and went to college, many of us met Stanford women — and quickly realized that a pattern had asserted itself. For the most part, if you met one, listened to her talk about her career, told her you were a feminist and complimented her mind, she was yours. Generally, this meant casual sex, since that was the progressive thing to do, you know.

In the spirit of reviewing what we learned, I think it makes sense to compare the two opposite extremes of femininity offered in our society:

So what does this tell us? For starters, that “conformity” and “anti-conformity” are meaningless terms. We’re all conformist at the very least in that we listen to our biological desires, and do what is sensible in response. For example, very few of us become polygamous or polyamorous — most of us settle down with someone, try to forget how many notches we have on our bedposts as those are suddenly “against” our new image, and have families. The woman’s career may be resurrected later, but most commonly is not, because a free market is generally loathe to take on someone who has been gone for 22 years (2 kids, four years apart, both aged to 18) and needs re-training and then will retire in a decade.

Even more, it tells us that we are headed toward biological roles from the outset, and that those roles “become” sensible because they are inherent to the human experience. We defy mother nature, and then in one fell swoop, she conquers us. This shows us in turn that the Stepford Wives satire mocked an illogical extremity of a normal role, but in doing so, was a weapon against us joining up with our biological future. In short, if we listened and took it seriously, more the fool us as we distanced ourselves from the inevitable, creating wreckage in the process.

But most of all what we can learn from this experience is that political dogma splits our world in two — by literally create a “my way or the highway” outlook. This is because political dogma attempts to replace biology, which produced for us the two-parent, role-separated, monogamous family in which neither partner wanted too many bedpost notches. Biology says that’s the way for intelligent creatures to nurture intelligent children to adulthood. Political dogma is the only thing suggesting another path.

You can see this binarism, or two absolute options instead of shades of grey, in modern liberalism today:

Rhetoric aside, the real purpose of the Tea Party movement is clear: prevent the sort of change that might threaten the privileges traditionally enjoyed by middle aged, white Republicans. These are the people who feel that the ‘real’ America is under assault by the poor, people of color, gay Americans and all immigrants. They wrap themselves in the rhetoric of democracy and tradition, but they are just elites trying to find an acceptable language with which to justify their fear and defend their self interest. – HuffPo

There is a binary here: you’re either good (love the poor, minorities, homosexuals and immigrants) or bad (hate the poor, minorities, homosexuals and immigrants). There’s no room for a middle path, which in an issue like this is where the interesting discourse happens. It reminds me of the hideous debates of the 1980s where people were presumed to be either pro-life or pro-choice, but there was no middle ground for questions like:

When should it be used?

Where should it be used?

Who should it be available to?

What methods should be used?

It was just yes, or no. Everywhere, all the time. No “legalize abortion in California and keep it illegal in Texas.” Just my way or the highway style thinking. And so now, we’re told that we either roll over and accept the liberal platform — subsidies and political defense for the poor, minorities, homosexuals and immigrants — or be considered “not nice.”

It’s just their way, or the highway. In the process, as in the article above, they call you every nasty name they can think of. You’re not nice. You’re a racist! A classist! A homophobe, probably — maybe a misogynist. If you hate equality, the thinking goes, you hate us. You have no compassion or empathy. You are evil, and by implication, we are good.

Who are these people trying to split us away from biological reality? We all want someone like ourselves. And questions are more complex than a political yes or no. If someone asks if you like turkey, do you say yes — and get fed it for every meal, in every house and restaurant? Or are there qualifications to the issue? And if you don’t like it at your dinner table, is it because you hate turkeys with bigotry, or because you feel turkey is not the right tool for the task of feeding your family?

Because the authors have decided that inequality is not a symptom of other things, but the root of all evil, they are incurious about why Japan and Sweden should be so different from the United States. One important factor, surely, is ethnic and cultural homogeneity. The Swedes have been able to develop a trusted welfare system because they are a country with a small population composed of people with a common religious tradition, language and way of life. Now that there are very large numbers of Muslims in Scandinavia, it will be interesting to see if such a consensus can be maintained.

In Japan, the “social capital” of which the authors approve is carefully guarded by two facts that they presumably do not like. One is that married women are highly unequal with men, and stay at home. The other is that Japanese keep out foreigners, and make sure such immigrants as they tolerate have few rights. That may be cosy for the Japanese, but is it a model which helps the global fight against inequality?

If you think about it, most of the inequalities in the United States derive from the fact that it lets in millions of new people every year. They come because they believe it offers opportunity. They will not all succeed but they are, broadly speaking, right. When such people start out, they are usually poor. It is inevitable there will be a huge gap in American society between those who have just got across the Mexican border, and those who have already “made it”. But that need not be a problem so long as the opportunity is real. The wretched of the world still seem to think that it is. – The Telegraph

Just as in the article above, we see a political binary being created: nice/not-nice; equal/not-equal. This is how they hope to manipulate you: by encouraging people to join the club and feel good about themselves for being “nice,” and thus freeing them from caring about the effects of their actions, and encouraging people in the club to mock anyone else for being unenlightened, stupid, bigoted, not-nice, racist, or other insults derived from the same root.

Even more, dogma is the kind of manipulation we remember from middle school. Do this and be “nice,” or you’re not my friend. Share that toy right now or you’re not my friend. Vote for me in the irrelevant school elections or you’re not my friend. The “nice” people all agree that you shouldn’t tattle on me for hurting that other person; you don’t want to be not-nice, do you? The excluded middles are all the options between our artificial (“not directly representing natural reality”) political poles of nice and not-nice.

Even worse, dogma is about means, and not ends — in dogma, you try to act “correctly” so people view you as correct and good. You’re not considered with the effects of your actions as much as you how they appear at the time. That is considered a focus on means, not ends. Biology is concerned with ends; what was the result of the action? And how did it change over time? A focus on the means is a focus on the present tense and the self alone. A focus on the ends is a focus on how the self fits into the world.

In conservatism, you see a different kind of compassion — a compassion of ends, not means. Its focus is achieving the best result, especially in the long term, and that generally begins with paying attention to biology. Those of us who are conservative choose this course. We choose it begcause it is a natural response to our environment; an adaptation, if you will. The progressive bird may choose to walk and not fly, but we wonder how long it will last in the forest. It might be OK at Stanford, however, at least as long as its scholarship lasts.

All the broken people | The meaningless life of a pet