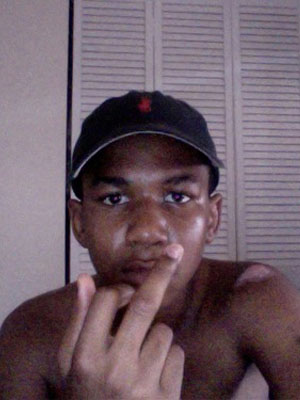 Trayvon Martin died for one thing and one thing only. He was martyred for Americans’ pretense about race.

Americans, having been told since birth that what matters are personal traits and not practical consequences, tend to view race as a moral question of a bloated oppressor versus a scrappy underdog.

Reality, which has never been told it must conform to our emotional needs, offers a more complex picture. It is worth assessing this picture using the terms “majority” and “minority,” as they tell the story better than ethnic group names.

When a majority and a minority both exist in a population, there can be no peace. One group must win out. Neither can adopt the values and practices of the other without being conquered.

Thus, an uneasy balance results. Both groups require the pretense that this situation will work out for them, but neither actually believes it, as you can see from their actions.

If they admit their situation is non-workable, they suddenly have a huge problem to resolve. They will both work to sabotage politics to make this difficult if not impossible.

To make themselves feel better, they manufacture an identity based on how “good” their situation is. It’s akin to the addict offering you the wonders of heroin from his cardboard box on the street.

As with any dogma based on an opposite, this situation is binary. There is either good, or bad. There is no sense of degree. This is the nature of ideological thought systems, which are distinct from the organic types which tend to see degrees of accuracy more than moral good.

Like all binary indoctrinations, this process works very well until there are cracks in the armor. Then it has a tendency to “go polar,” or completely reverse alignment. When people feel they’ve been taught a lie, they throw the whole thing out.

This explains why trials like OJ, Duke Lacrosse, and now Zimmerman are so important. These are not about the people involved; they are the process of an unstable group attempting to banish ideological threats.

Diversity is on trial. When a guy who might fit sometimes into the majority shoots a guy from the minority, and there’s no easy explanation like that he was a skinhead, the trial fascinates us. It’s going to end in either validation of or rejection of our polar dogma.

Much as with OJ, the underlying case being argued here is whether or not our diversity policy is practical. This is why these cases tend to polarize people along the lines of majority or minority based on their group membership.

A majority win is also seen as a win for self-interest. The moral dogma will have been beaten down and shown to be less important than doing what protects the majority. This is because the moral dogma is almost entirely based on pity, and is completely non-essential.

In this case, the symbolism was even more profound. Zimmerman was defending his ‘hood, which was closer to the majority rules. The newcomers, many of whom were from the minority group, were seen as invaders who brought a sudden and correlated wave of crime.

What they will never tell you in the media is that not all crime is purely opportunistic. If you’re going to victimize someone, it helps to be able to belittle them in your own mind, which eliminates the mental burden of considering yourself a bad person.

As a decision on the merits of diversity, the Zimmerman trial was a majority win. It said essentially that saving minorities comes second to majority self-interests. Diversity was on trial, and while it wasn’t rejected, it wasn’t affirmed with chanting of kumbaya either.

And that was what was really on trial here. Travyon was dead long before that fatal night because the society around him built itself on the pretense that of two groups, minority and majority, both can win.

In reality, no one can win. If both groups exist, they eventually assimilate each other and we will see the reduction in culture and ability that happens in most third-world nations which are remnants of once more powerful places. If they don’t assimilate, the warfare continues.

Diversity went on trial in Florida, but like the crest of a wave, this was the visible manifestation of something far bigger. The end result is that another young man died for being caught in the crossfire, and Americans are still as conflicted as ever on the issue of diversity.

Why I am a monarchist | Akon: This is not your country