Every time one of these media feeding frenzies sweeps across the land like the shadow of a predator in flight, it reminds me of how symbolic the response to a tragic event can be.

The response becomes the new event and the people who win are those who stoop lower than others to pander to fears, emotions and our prurient desire for sordid and squalid details. We the observers want to soak up as much of the sadness, misery, horror, terror and despair of others, not so much from Schadenfreude but from a sense of making our own miseries seem small. We feed on it.

It makes millionaires out of someone in the press corps; it makes careers out of politicians who give the “most inspiring” speeches. In short, it’s like a market windfall for everyone. Except the dead of course.

Possibly the most interesting facet of the Norwegian tragedy is how it illustrates how little accountability exists in this system.

These ideas shock us because we are told that we have freedom, that we are in charge of government, and that government is accountable. None of these are true. Even our freedom is in doubt because we’re strapped into a failing system that plunges downward.

Granularity is what ultimately creates this. Each person is an island, voting for personal interests, which means that bigger issues are not touched upon — and are assumed to be out of range, thus ignored. We are all agog over celebrity news and details of tax law, and oblivious to the road ahead.

We view it as imposition on the freedom of another to say “I want society as a whole to have this attribute,” yet placing that kind of thinking out of reach means we can never fundamentally alter the direction our society is taking.

As a result, we thrash like a blind man, tormented by something can cannot recognize yet certain it cannot be within “us.” 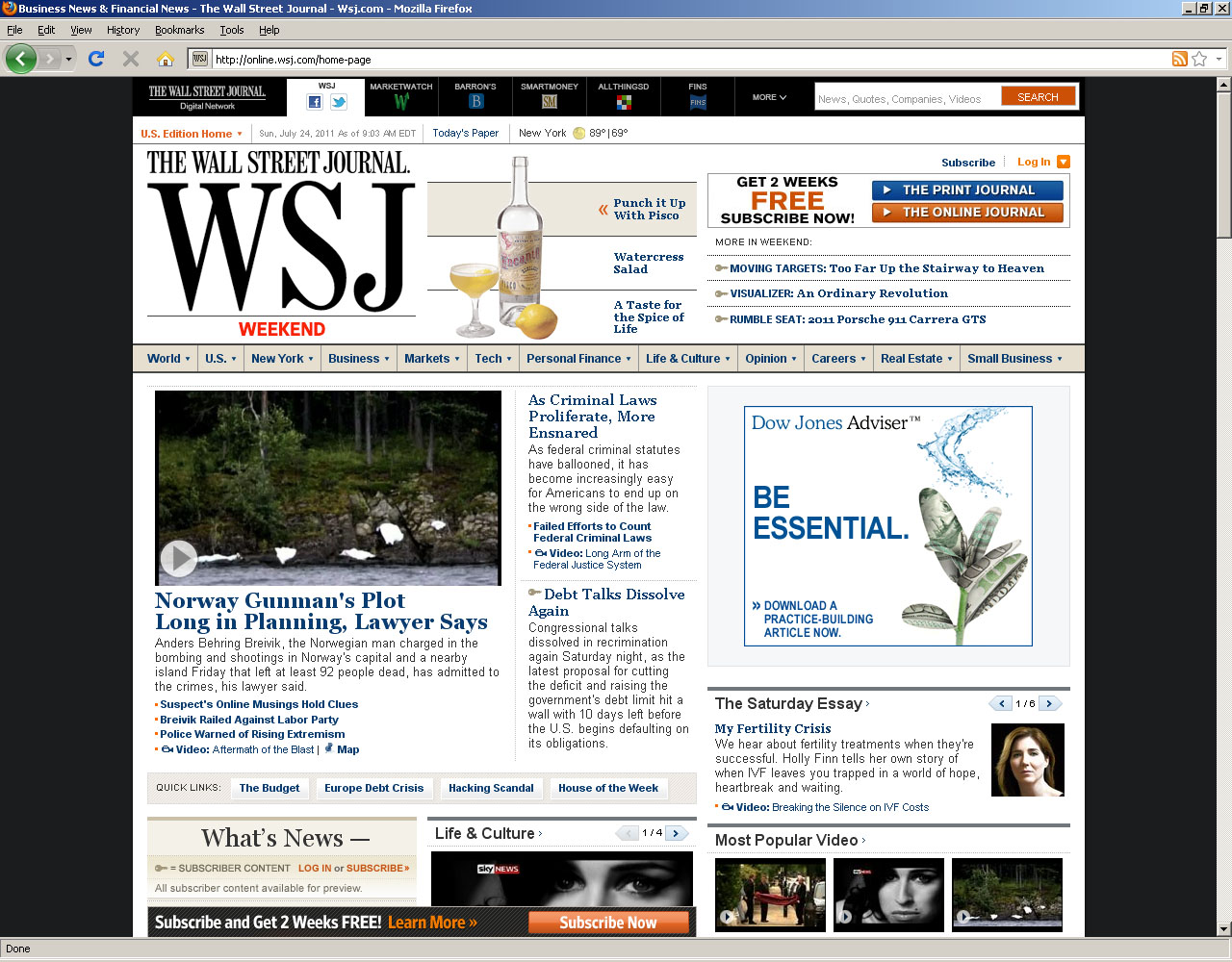 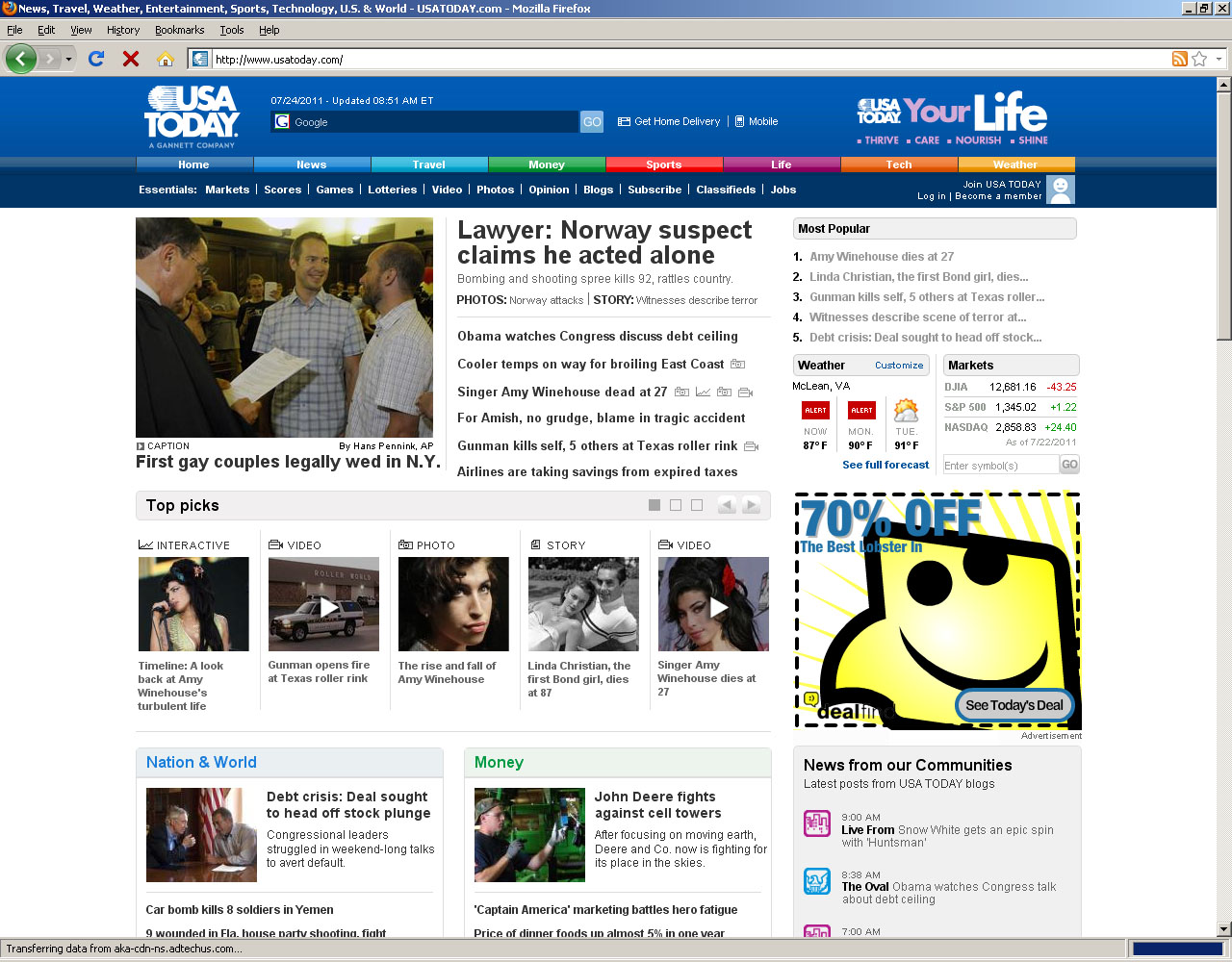 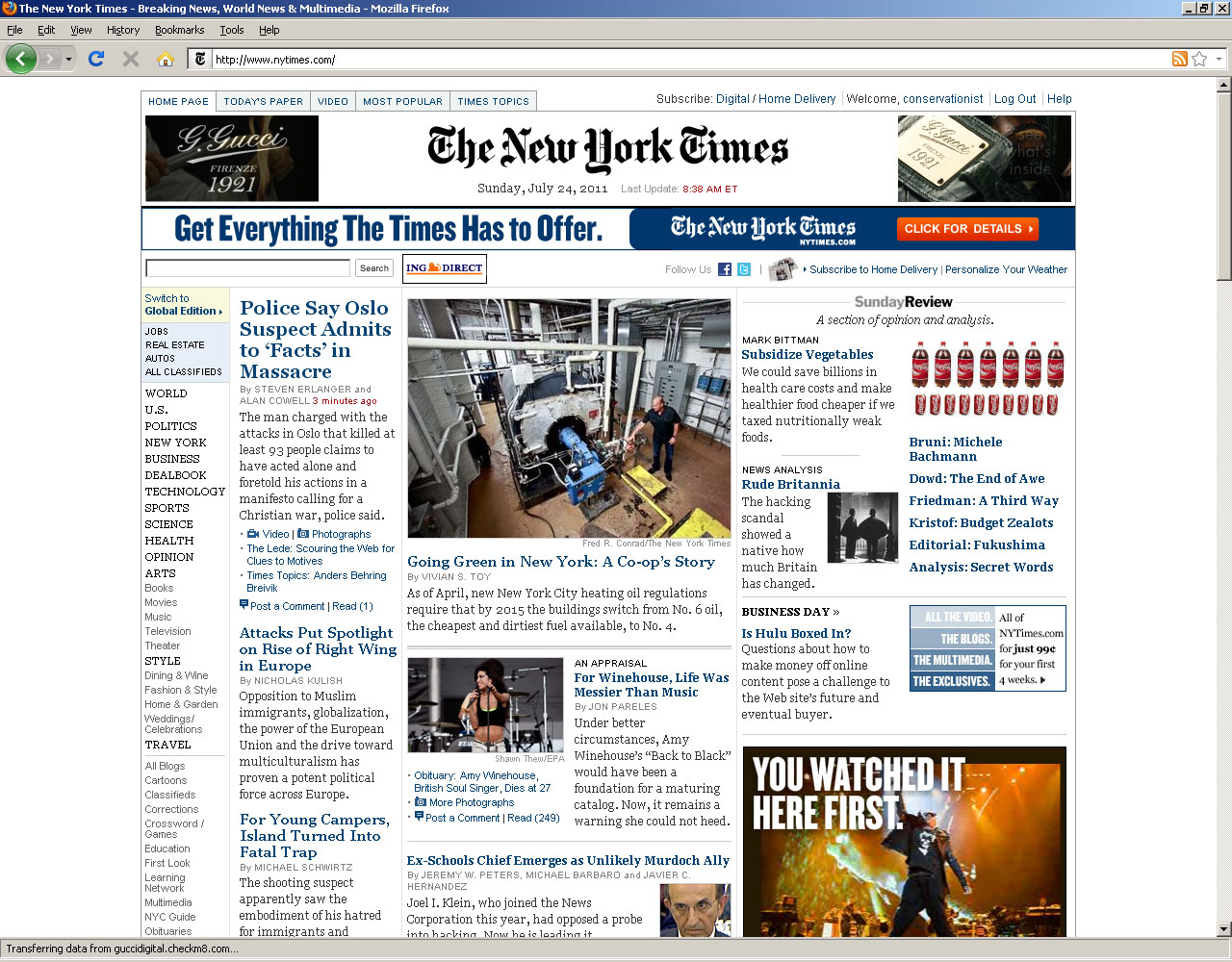 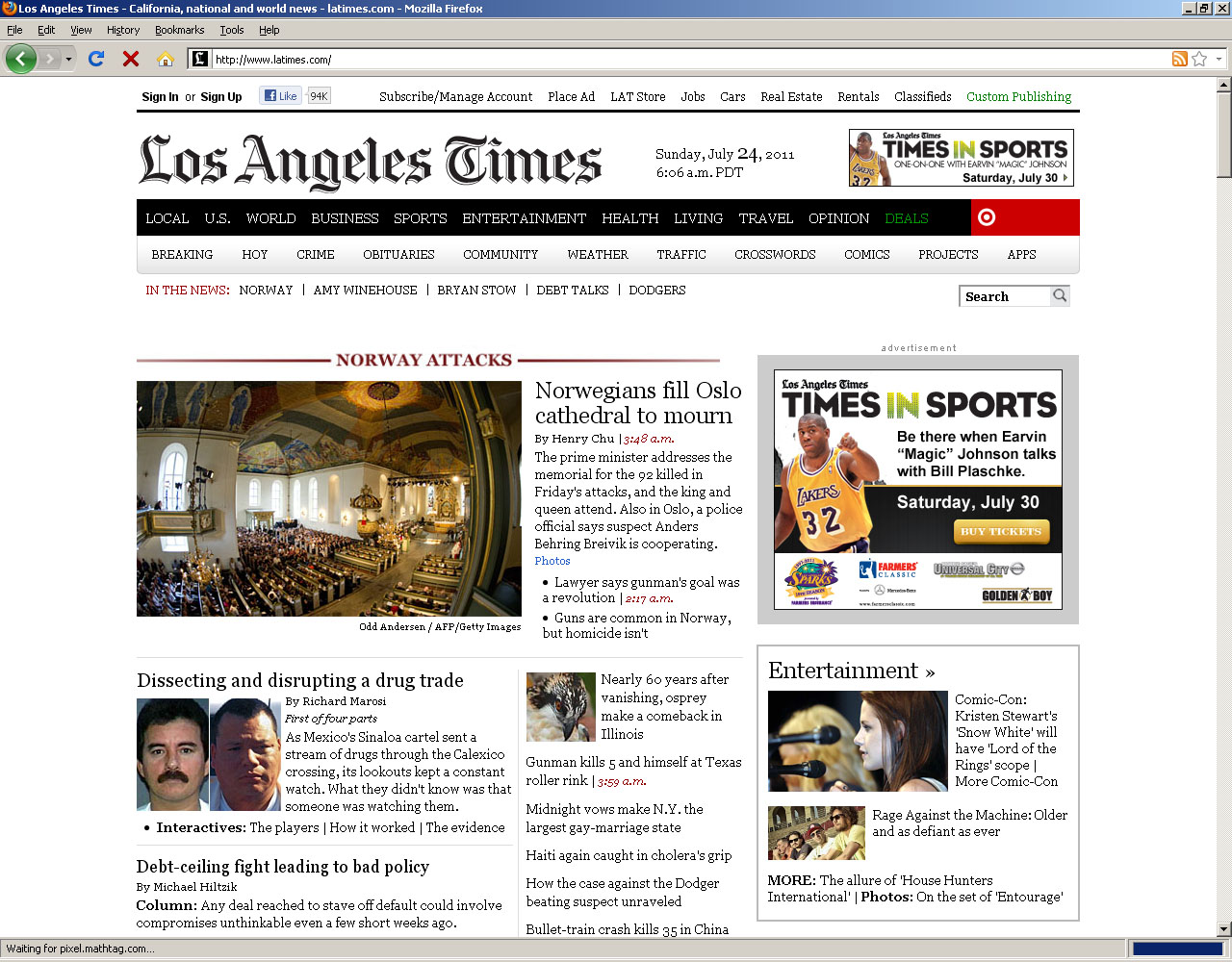 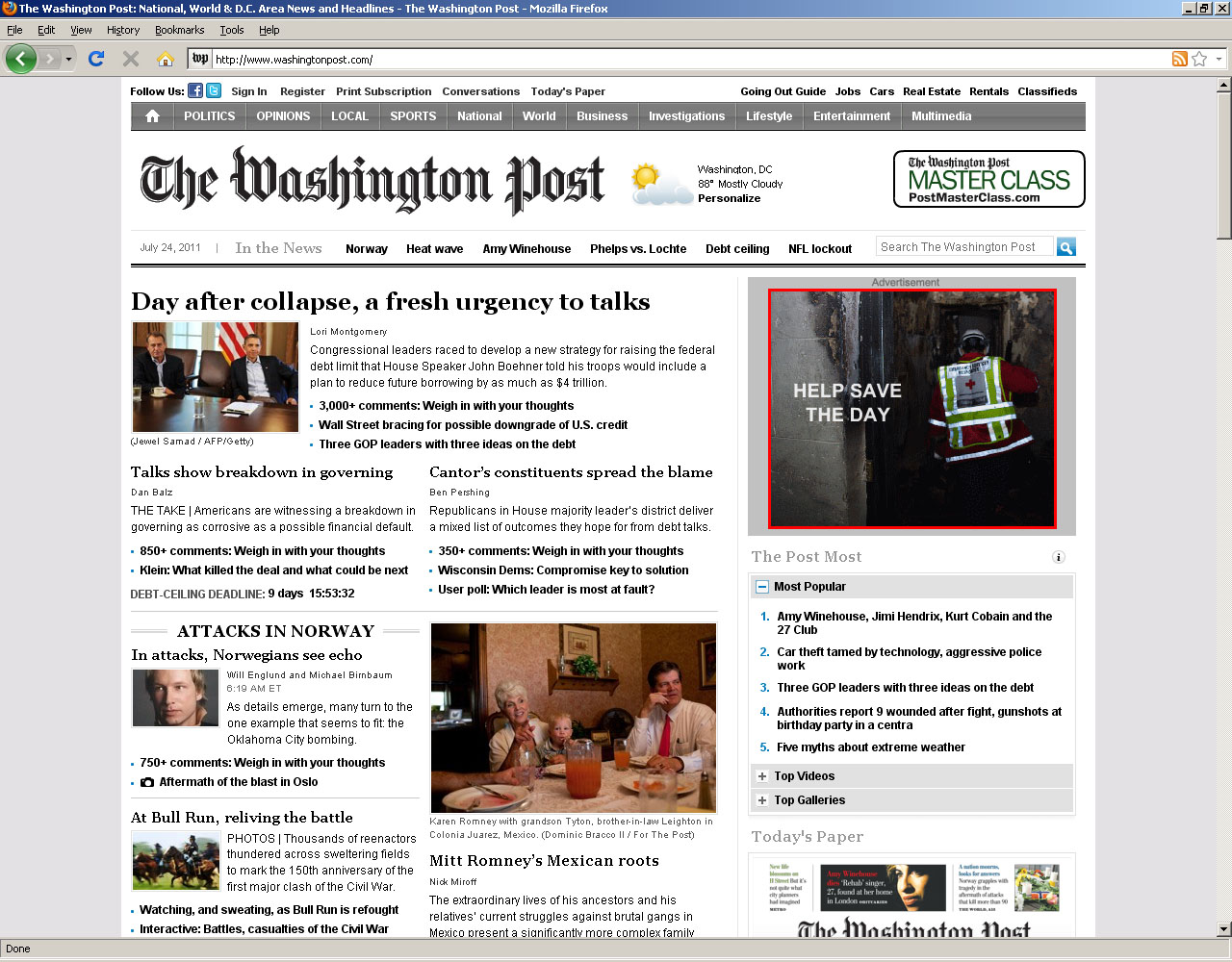 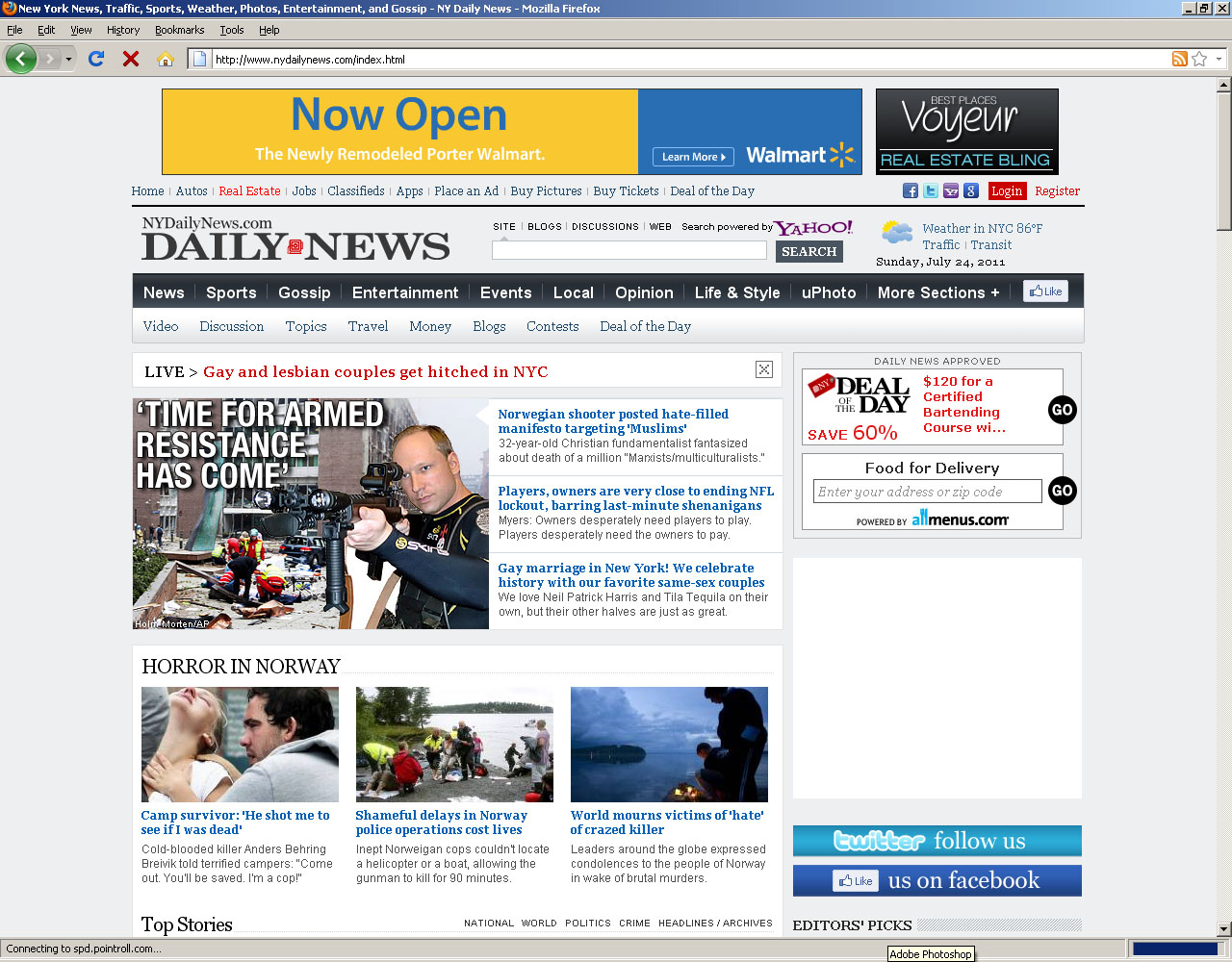 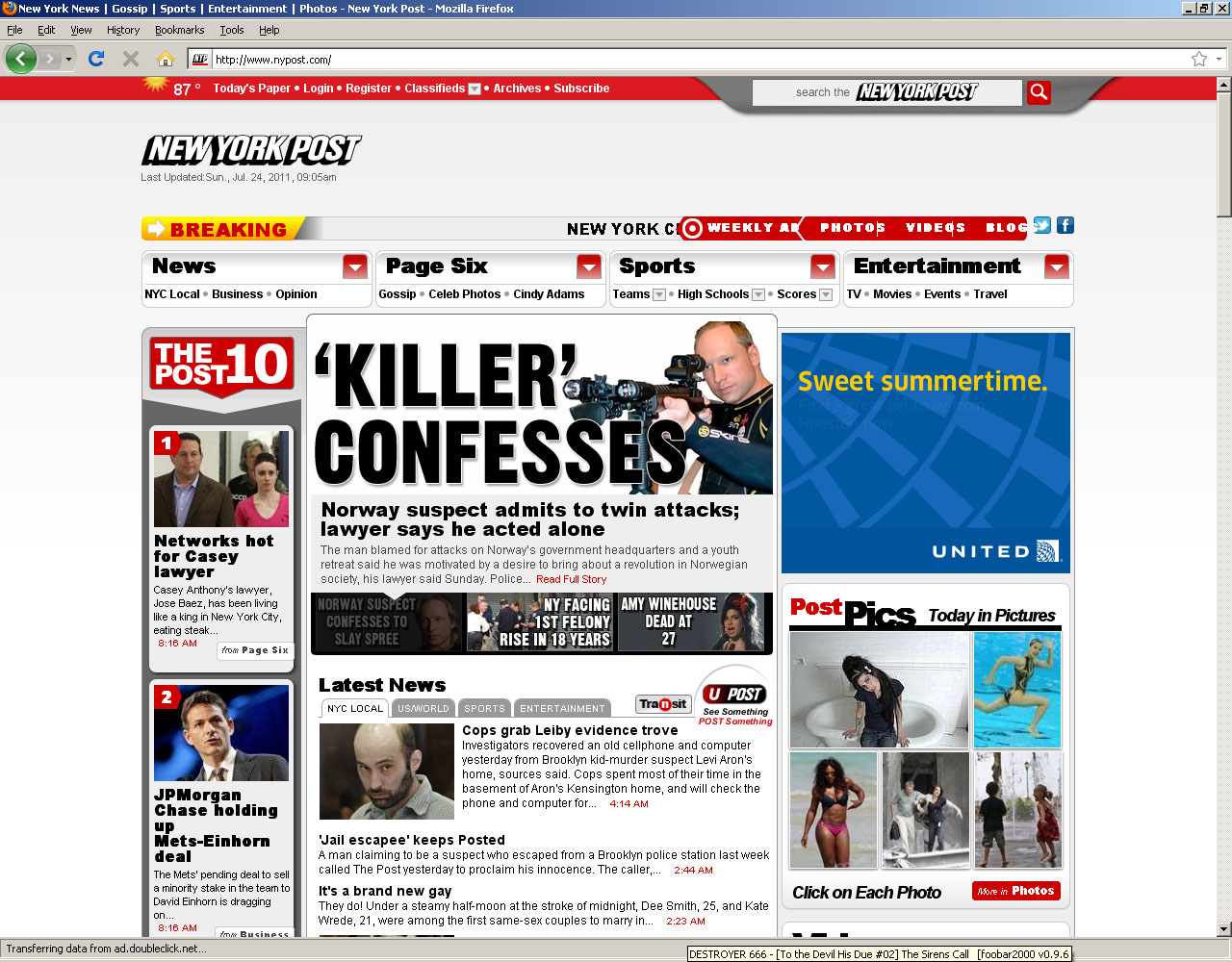 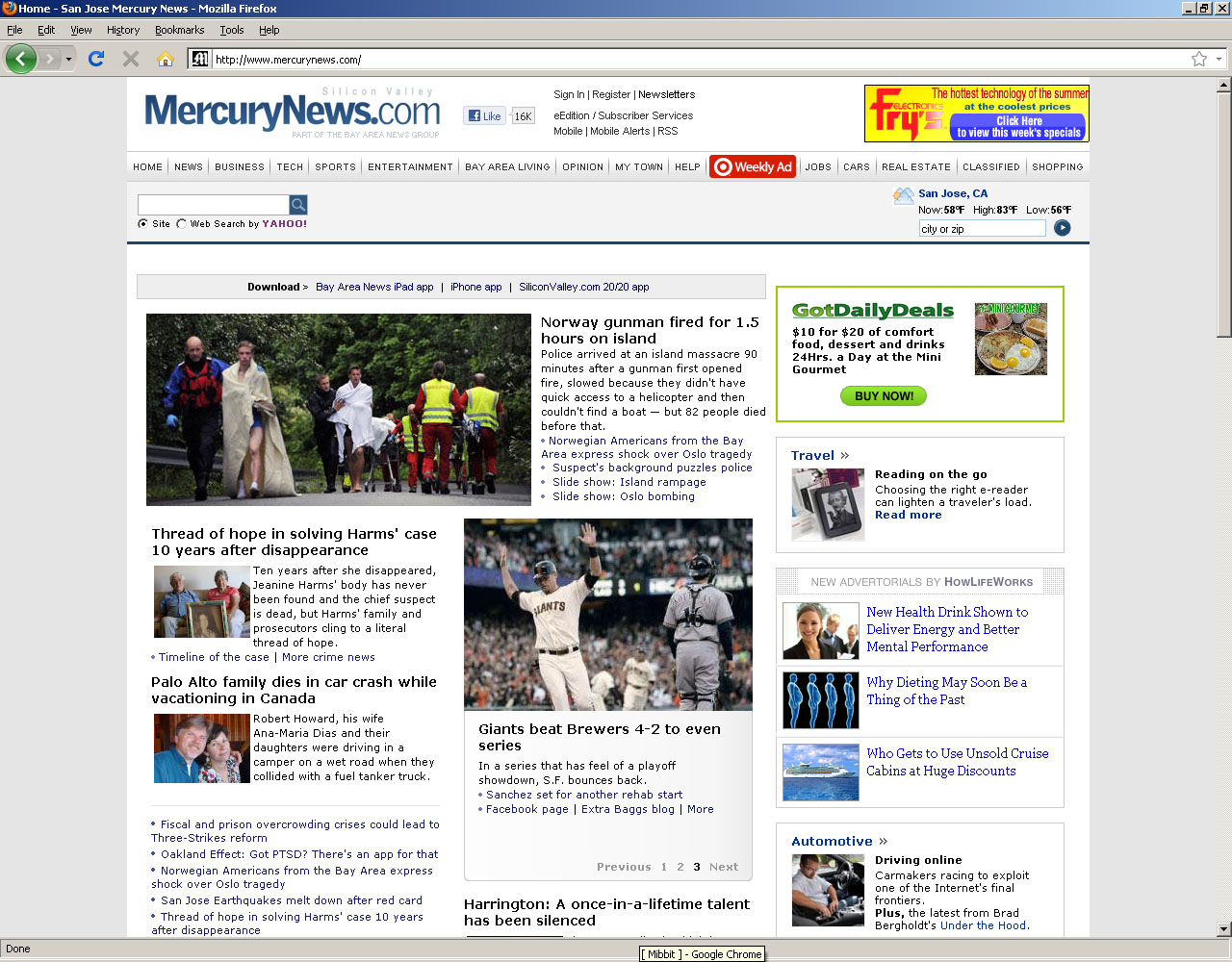 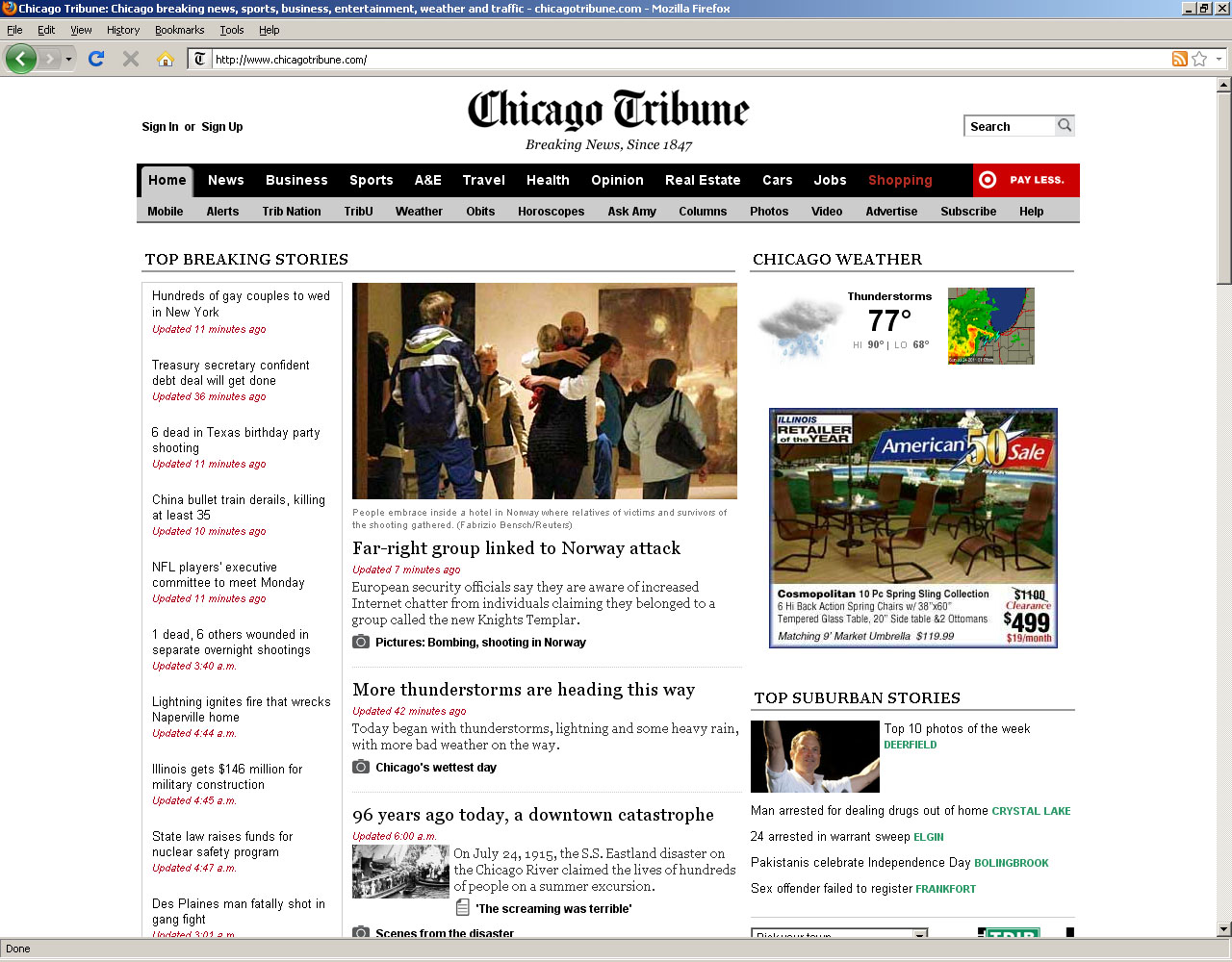 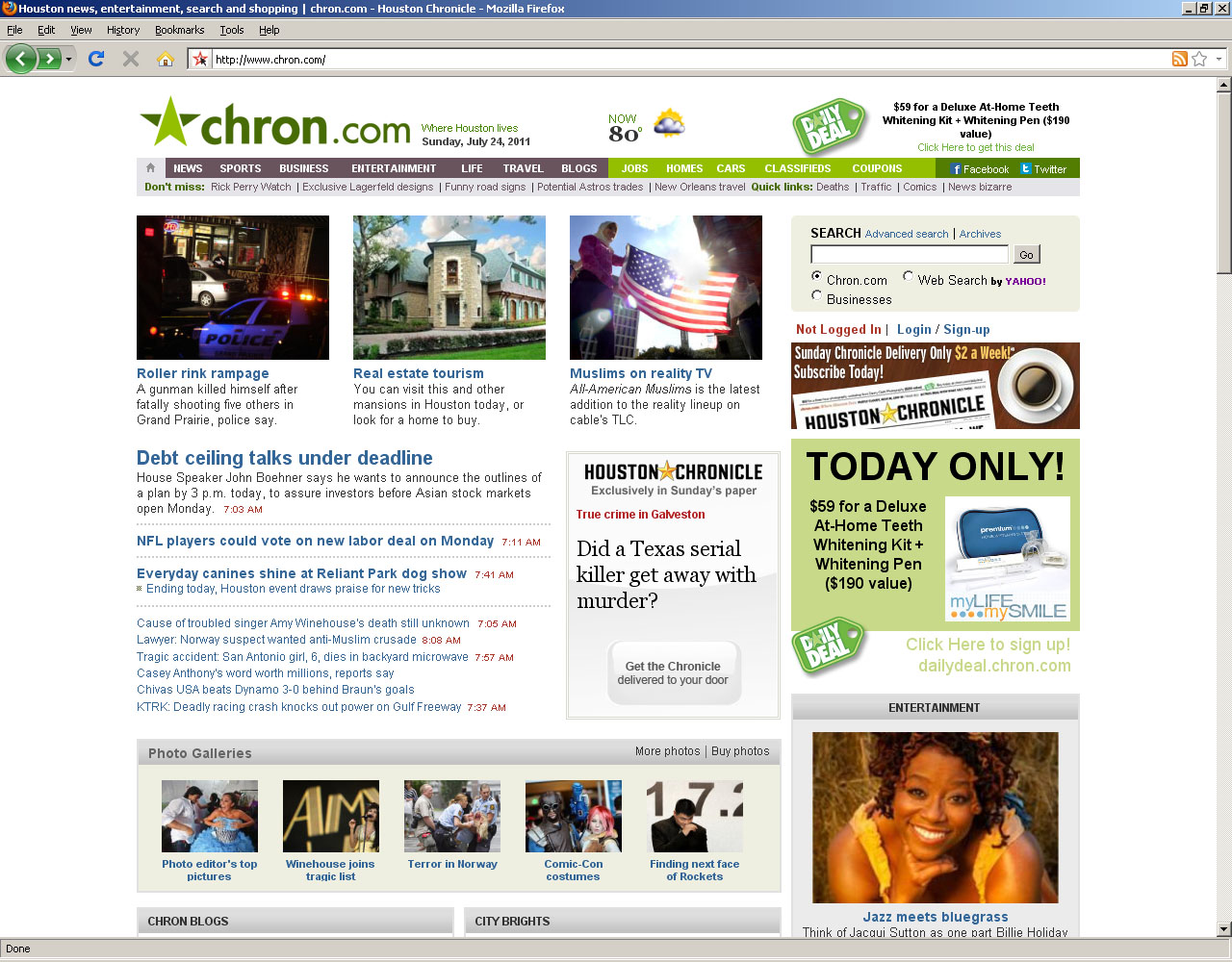 Again 9/10 are covering the massacre that Glenn Greenwald was sure would drop off the radar since it was a white guy and not a Muslim (by which he means non-European). It’s not unpredictable that the Houston Chronicle downplays this as it has won a loyal readership by putting local news first. Texas, after all, is just waiting to secede again.

Apparently, Andrew Berwick/Anders Behring Breivik liked one of our essays here enough to cite it in his research and manifesto (thanks to JHB for spotting this). 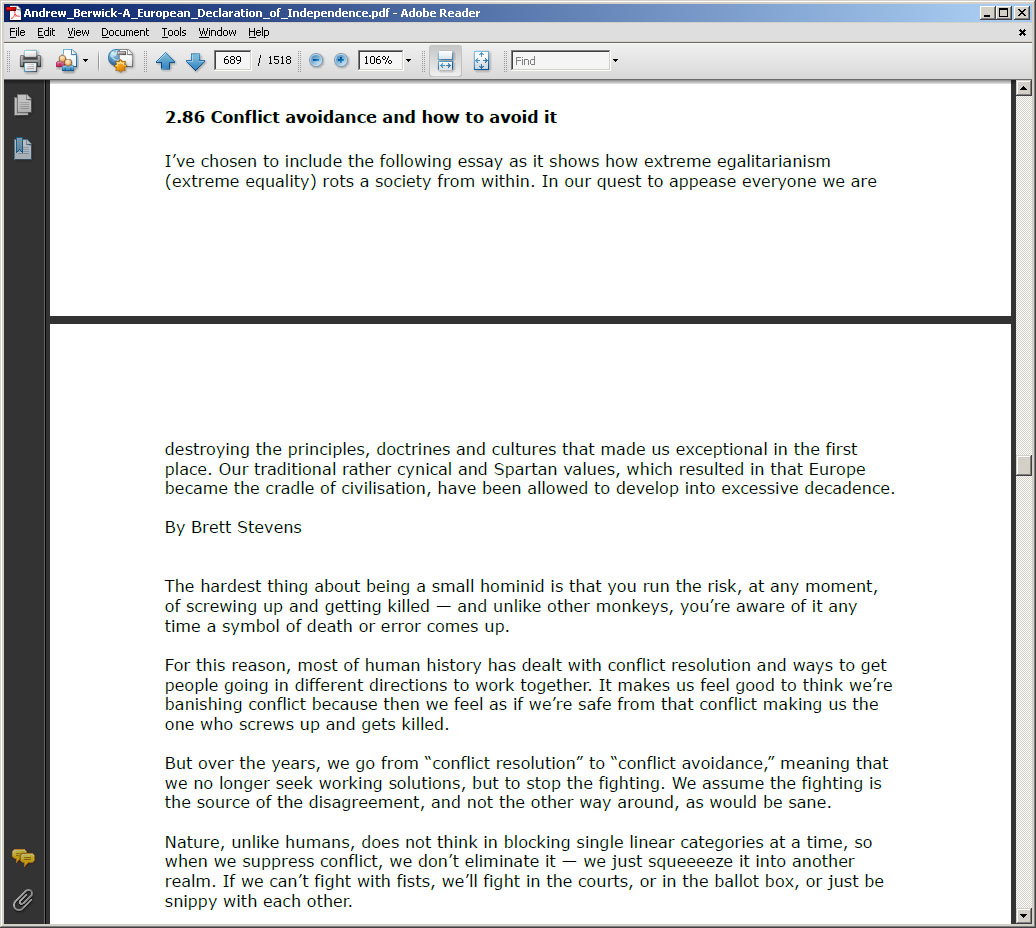 You can read the whole manifesto here (local link), thanks to Kevin Slaughter via Jack Donovan.