A Morality Of Nationalism 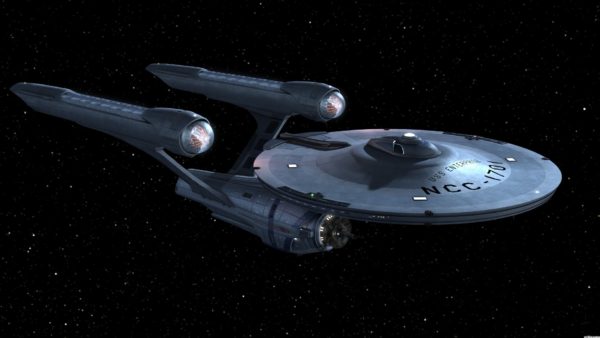 The standard Leftist response to nationalism is to claim that it is immoral because it excludes people. They do this through a stream of pidgin language including terms like “racist” and “classist.”

At the root of their view is the idea that humanity is universal, or that we can be treated like interchangeable parts in machines, made to do the will of whoever owns the machine.

That sentiment arises in egalitarianism, which seeks to eliminate differences between people as a way of producing “class pacifism,” or an end to hierarchy that ranks individuals by their actual utility in decision-making.

Pacifism however leaves problems unresolved so that people can get along; it is essentially an extension of compromise, committee thinking and “agree to disagree” mentalities. While “live and let live” sounds like an appealing vision when spoken in social circumstances, it produces the slow decay of indecision that erodes democratic societies from within.

Conclusions are reached by allowing different ideas to be tested against reality itself. This requires separating out the threads and seeing what succeeds and what fails, as happens during natural selection.

The morality of nationalism can be seen as a recognition of this fact. We cannot simply write laws and make educational propaganda that shapes every person on earth into an ideal citizen. People are different. Not only as groups, but as individuals. Each group must pursue its own goals, rule itself and history will judge what works and what does not.

For the West, we already know what works, because we have the histories of Athens and Rome. Obviously democracy does not work, but it is eternally popular, along with a host of other intellectual vices. Those among us who understand that have always sought the ability to break away from the herd and form our own nations where we can exclude them.

This presents a higher morality than including everyone because it allows each group to fail or succeed on its own merits. In the universe of Star Trek, this idea is expressed as the Prime Directive:

The Prime Directive (officially Starfleet Order 1) is a prohibition on interference with the other cultures and civilizations representatives of Starfleet encounter in their exploration of the universe. In particular, the Prime Directive is aimed at preventing interference with the internal development of civilizations that are less technologically advanced. The executive summary of the order given in the 1968 episode â€œBread and Circusesâ€ is:

no identification of self or mission; no interference with the social development of said planet; no references to space, other worlds, or advanced civilizations.

…The Prime Directive reflects both a consequentialist commitment to reducing harm and a Kantian commitment to respecting the autonomy of others. Built into the Prime Directive is an assumption that cultures are better off if left to their own devices (whether those â€œdevicesâ€ are social practices or concrete technologies). Interference by Starfleet, even if well-intentioned, is judged likely to mess things up in unanticipated ways â€” and if the culture in question is to deal with unintended harms, it would be better if they result from the cultureâ€™s own free choices. This embodies a kind of anti-colonialist ethos, a commitment to respecting a civilization’s own values, beliefs, and practices rather than imposing â€œbetterâ€ ones upon them.

At its most basic, the Prime Directive is a revolt against universalism, or that there is one standard that works for all people and that we can install it in them through a bureaucratic, managerial, administrative or industrial process. Universalism itself was a rebellion against the founding beliefs of ancient times, namely aristocracy and esotericism, which state that people are unequal and that knowledge is cumulative with each stage only revealing itself when the past has been mastered, and that not many are capable of getting past the basic stages of any discipline.

Others have noticed that, despite the somewhat “Communist lite” world of Star Trek that resembles modern liberal democracy with unlimited technology, the Prime Directive has Right-wing elements, in that it is essentially the primary idea of Nationalism: Germany for Germans, Israel for Jews, Japan for Japanese.

However, the Prime Directive is the Theodor Herzl style of nationalism, which recognizes that independence from other groups provides benefits for all. The minority group does not become a scapegoat under diversity, and racism only exists in diverse societies. The point is parallel evolution, where each group pursues its own destiny (as I wrote about in Parallelism).

In our modern time, the Prime Directive moves two ways. Colonialism — which brought organized government and technology to the third world more than “belief systems,” despite the best attempts by pathologically self-destructive Priests — would not fit within the Prime Directive, but neither would immigration. Both are disrupting autonomous societies.

Were we to extend the Prime Directive to recognize the innate biological differences between castes, the Prime Directive would also prohibit all social welfare systems and laws made for the good of the proles. This would be more like how the aristocracy ruled, which was by leading without adopting the functions of “government,” namely assuming responsibility for the care of its citizens and facilitation of their desires. Aristocrats did what was necessary for the organic nation and left responsibility for self-care to individuals, which strengthened the importance of family, church, friends and culture.

Taking it even further and we end up with Nietzschean social Darwinism: the Prime Directive prohibits charity, or even public institutions that attempt to educate and raise up the rest, because they must figure it out on their own in order to be in control of their destiny.

Given that we live in a world where many people have mastered mechanics of a task without understanding its relevance or how to do it so that the results are highly positive instead of just “competitive,” it seems this Nietzschean Prime Directive — the basis behind classical liberalism, which Plato described as an attempt for natural elites to escape the extortionate herd — proves itself to have been a better method than including everyone and subsidizing them as seems to happen in the Star Trek universe.

From this, we see not just a morality of Nationalism but of Traditional society: a natural hierarchy is maintained at all times, giving each person a place, but leaving the burden of survival with the individual, which avoids the dependency mentality that aging civilizations tend to create. In addition, it avoids the curse of civilization itself, which is a tendency to create an internal system to manage its population which then becomes a target in itself, and so gains so much inertia it cannot be stopped except for a Soviet-style crash. Through that, we can see how aristocracy forever provides a better way of life than “freedom” and democracy.

Star Trek of course is only fiction, albeit highly addictive television. But it asks a question for us that we should explore. If under our current system, everything goes not only right but seems to find an intermediate sanity, how will that shape future beliefs? The answer seems to be that allowing each individual and group to find its own balance, and live or die by its own hand alone, avoids the universalism that tries to shape us all into perfect citizens only to find out that it changed the surface, but not the substance, of these people, creating a surge of incompetence at decision-making that then destroys those societies.

For Nationalists, we see an echo of our morality in the Prime Directive. We want independence from other groups as a society and the ability to have internal hierarchy instead of equality, mostly so that we can maintain quality control. This is the philosophy of the future and not one belonging to the failed past, like egalitarianism and democracy.