A “Hard Reset” Is Coming 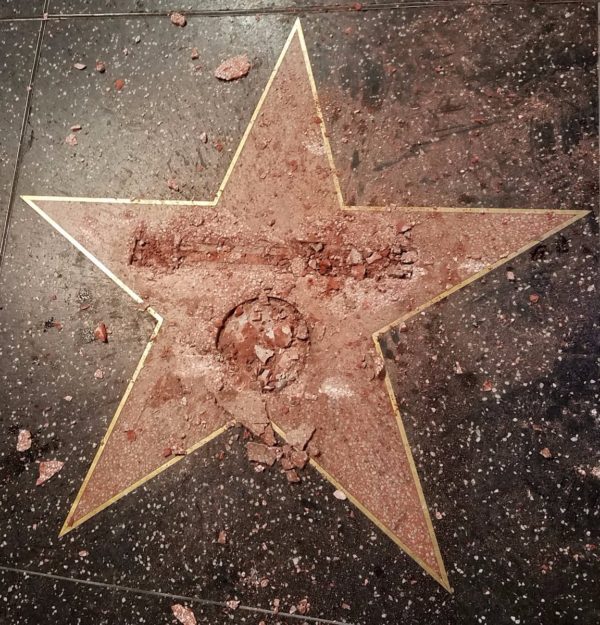 Whatever the outcome of this election, a permanent schism has occurred. The con man and his “mark” (victim) have recognized each other, and the relationship is now adversarial.

For years, Americans and Europeans slept in a consumer wonderland. They were told that the evil of Hitler had been banished and now everything would be Utopian. This required giving much of their income to the State for use in social welfare benefits, but it did not seem expensive, to avoid these problems.

Over time, views have changed. Instead of mitigating problems, the government made them worse. Where once there were only a few angry minority groups, now much of America seems occupied by third-world populations who blame the white people for the poverty, disorder and crime in these areas.

And yet, when actions are taken to fix this, they are never enough and if they fail, white people are blamed. The third-world portion of our society is entirely dependent on the white middle class for taxes that pay for the benefits it demands, and whenever someone balks, the race riots come out.

Finally we elected a black president. The thought was that now we could all get along. Instead, divisions are more clear than ever as white people realize they, too, are a minority group and can represent their own interests just like any other special interest group. This has incensed the dependents.

At the top of the pile, government waves its magic wand and makes problems go away; that these problems return in greater number and severity is fine by government, because it wants an excuse to increase its budget. We already spend more on education, healthcare, policing and public welfare than any other first-world nation, and now we are $20 trillion in the hole with debt.

There is nowhere for this to go but collapse. Government will continue to grow, draining wealth from the middle class who will become impoverished. Third-world immigrants will become the majority, and all elections will be won by Leftists. White people will die out from poverty, violence and existential misery.

The Alt Right rose because it recognized that ethnic identity and variations between individuals are more important than the doctrine of equality. We can build an empire on homogeneity and hierarchy, but not on equality. Equality is a type of entropy that drains all energy from the system and leaves it depleted.

White people in the US and EU are realizing now that Leftism is a pathology that will never stop. Its goal is Utopian, and not measured in reality-based metrics, but in feelings and symbols. It will grind us into the ground and leave a smoking wasteland, and never consider that it might do so.

The Leftist train — single women, unhappy neurotics, ethnic minorities and sexual non-conformists — will push for total control and displace all things that make a healthy and happy society. White people are the sacrifice to this end, both as a cash cow to be milked for taxes, and an enemy of the state against whom discrimination is encouraged.

In the meantime, all of the elements of the Leftism dream have failed. Diversity has created social chaos. Sexual liberation has destroyed the family. Consumerism has burned itself out, and globalism become a threat to the world economy. The environment is savaged, social order ruined, and wealth dissipated through Leftist policies.

People are beginning to have some realizations.

They are recognizing that the current system was sold to them on the basis of lies, and therefore is null as a contract. What was promised was not delivered, and the opposite was delivered instead. They voted for racial reconciliation, charity and tolerance, and got a Soviet-style ideological authoritarian government.

They are seeing that the current social and political order cannot stand because it is toxic to the experience of normal, healthy life. The proposition nation of different ethnicities cannot work, nor can the social welfare programs, nor even the public education. Democracy has failed by self-destructing.

They are perceiving that democracy = Leftism because once one drop of egalitarian thinking taints the pool, the whole thing becomes infected with a rapidly-reproducing virus that leads people to self-destruct in pursuit of an emotional goal. It is simply an evil, deceptive and corrupt idea.

They are also getting the feeling that “birds of a feather flock together” works, while the rainbow nation turns every group into a victim and forces them to fight one another.

The core of the Alt Right — and what normal people are noticing — is that population is politics. Genetics are our destiny, both as a group and in the different abilities of individuals. One rule for everyone is not a workable strategy. Mobs are destructive.

A thought closely related to this then appears: “Systems” — labyrinths of rules designed to reach the right answer — do not work. Putting the best people in charge does, and by the same token, the crazy and chronically unhappy people out there must be disenfranchised and oppressed or they will destroy us.

Systems create proxies, or intermediate measurements through rules and measurements, that are quickly gamed because they are simpler than reality and easy to manipulate. Without good people stopping the insanity, it increases itself and quickly reverses the meaning of all good intentions.

Instead we need an organic understanding of society, and that conflicts with equality in all and any forms. In organic systems, many parts of unequal roles work together by pursuing basic concepts like self-interest. They are kept in check by those above them, forming a hierarchy.

This method of civilization has worked since the dawn of time. Democracy, equality and diversity were experiments, and now we have our answer.

All of those involved in the counter-reaction to the Leftist reign of the past two centuries share these basic observations or inclinations. We went along with the plan while it seemed to work, but now we realize it is a path to doom.

Whatever happens in this election, the schism is permanent, and will result in the separation of different groups by identity. These will not be inclined toward Leftism, at least for whites, and they will be forced to defend themselves against the other 95% of humanity that wants to dominate them and take what they have.

In short, we stand on the precipice of a new dark age. Unlike the last couple centuries, this one is based in reality and so can provide for us a healthy and normal life, if we are brave enough to accept it. As of right now, the conflict rages in our hearts, but soon it will spill out onto the streets.