A Familial Model For Civilization 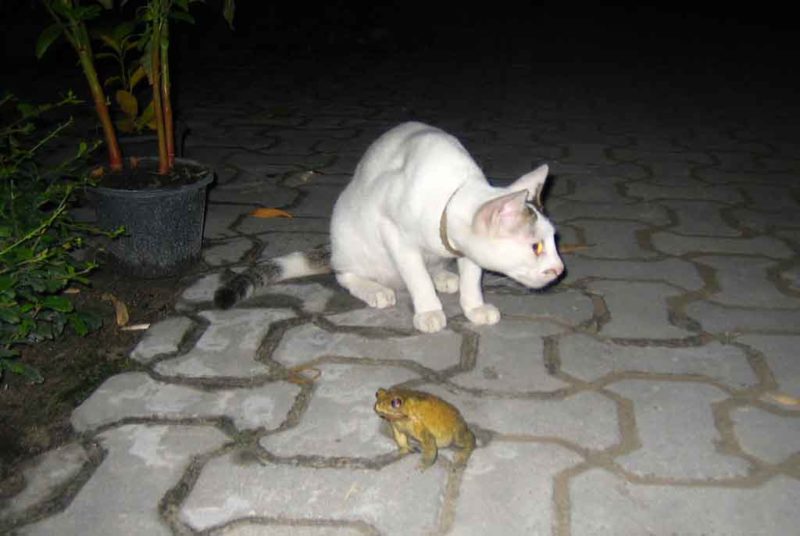 Amerika has taken a different approach than most blogs: instead of treating politics as current events and aiming for breadth, we treat it as a philosophy and aim for depth.

As one drills down into what politics actually consists of, surprising things come to light. For example, that individualism and realism are opposites, with the Left favoring the former and the Right, who desire social order and a transcendental goal, requiring the latter.

Even more, we see how very little thought is actually on-point or on-topic except for analysis of surface clashes which form the “sports team” stench that politics in a democracy seems to inevitably acquire. When most people say they hate politics, they mean that they tire of fighting over symbolism when the reality is that our system has turned to rot because it was based in notions that encourage rot, like the equality of all people, the weak eating the strong, that human happiness can be measured by numbers, and that wealth and dogma can create civilization.

When looking deeper into philosophy and by extension politics it becomes clear that most of what we witness is pathology. People seek to justify or rationalize their actions. They want permission to do certain things that they know they should not. They want to obstruct that which they fear and either camouflage their own acts or escape accountability for them. What seems like a “logical” discussion is in fact very animal, in the way a group of monkeys might sit around puffing up their chests and adorning themselves with shiny stones in order to fake out others, acquire mates, and make sure they get the best branches on the fruit trees.

Now that we are looking at humans in the correct manner, which is as a biologist or psychologist, we can see that much of human behavior is not based in logic at all, but applies logic after the fact to justify animal impulses, as Jonathan Haidt writes (he is not alone in this; Tom Wolfe, Fred Nietzsche, and William S. Burroughs all wrote about the rationalizing animal that is humanity). With that view, we can see that we are acting out archetypes of behavior based on what we have learned from the past or use to convince ourselves that we are doing the best that we can.

This belief in the excellence of our current lives is what is called the fiction-absolute:

Even before I left graduate school I had come to the conclusion that virtually all people live by what I think of as a “fiction-absolute.” Each individual adopts a set of values which, if truly absolute in the world–so ordained by some almighty force–would make not that individual but his group . . . the best of all possible groups, the best of all inner circles. Politicians, the rich, the celebrated, become mere types.

In other words, humans act instinctively or as programmed by language, and then justify/rationalize that choice by claiming a negative proof, namely that there is not anything better, which leaves them in a position of power. This fundamentally defensive, reactive viewpoint makes people behave in a paranoid way.

However, this explains human behavior better than any other model. We are monkeys with a position in the troupe; we are most concerned with defending this so that we do not lose position, and secondarily with rising to a new position, with the background thought that we can encourage others to lose their own.

Unless some other set of goals or sense of purpose intervenes, humans follow what is going on around them. This shows us the real importance of civilization: we inherit our mental state from the order around us. In this way, civilization resembles a family world order because like a family, it shapes our psychology and how we respond to the rest of the world.

This family order is both more flexible and more stable than what we have now, allowing people to be different and still — by virtue of working toward the same goal — included despite having different contributions:

…By way of contrast, a typical pyramid-based or vertical-only structure relies on people being interchangeable parts, some of which rise by attempting to be â€œperfect,â€ resulting in a â€œcrab bucketâ€ effect where every person competes against every other for the same things. This encourages dark organization by forcing people into a defensive mindset, at which point they exploit the organization for their own purposes, which usually takes the form of incompetents getting promoted because they â€œworked the systemâ€ and â€œplayed the gameâ€ instead of trying to achieve the goals of the organization.

If you want to know why to choose the familial order, it is not just because it is more functional, but because people expect an order like that of their origins. They grow up in families, inherit social capital from them, and are shaped by the psychology that is found there.

The family provides stability and a transparent order which is not easily forged:

However, if the family becomes dedicated toward abusive and controlling behavior, this order inverts itself. Much as any order can invert, the family can be changed from a cooperation toward a goal to a mechanism for maintaining control, which replaces the goal with maintaining the status quo.

An abusive family behaves like a cult, gang, mob, or mafia. It becomes dedicated toward forcing its members to be obedient, or in other words, using external force to enact internal compliance in which method and goal are the same. The behavior must fit the mold, and the goal is rationalized from that.

A loving family behaves like natural selection and morality. It operates by inward maintenance of the outward, meaning that it motivates people with a shared purpose and unequal cooperation so that their behaviors reflect their desire to take part in the opportunity within. The goal is all, and behavior fits what is needed to achieve it.

Healthy families tend toward working together toward intangible, abstract, and yet realistic goals, such as qualitative improvement of what they have always been and adaptation to their environments. Abusive families encourage using others as means to your will, which requires regulating others and means that, because of the abusive nature of this arrangement, all people will become selfish and oblivious to any larger goals.

At this level, we see how civilization and the individual require the same order, and that order shapes them. We either choose the health family or go into the dark world of abuse where we are all equal, but as a result, we must all demonstrate obedience to be accepted. We have gotten it wrong so far but there is no reason we cannot fix it.

How To End Our “Gun Problem” In America | Why Do Minority Groups Defend Each Other?