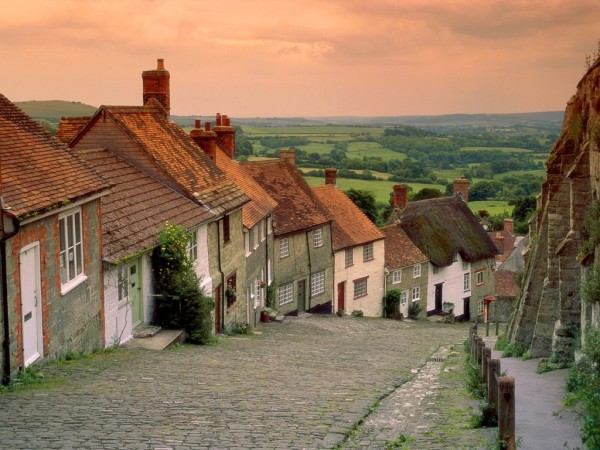 Europeans, long used to being wealthy and forgetful of the philosophical bases for western achievement, are reluctant to acknowledge that a new global economic paradigm has emerged that leaves Europe behind much as Europe has abandoned the ideas and actions that made it great. Europe has been adrift in a sea of financial uncertainty since 2008 with little sign of the real recovery needed to restore investor confidence.

Continental bien pensants for years have sat in their secular confessional boxes and divulged their sins to the world. Their self-flagellations have engrossed blacks and Arabs and Asians and given them ready-made excuses for their own societies’ technological and cultural retardation. Western wealth, it is commonly believed in Egypt and Nigeria and Venezuela, is not founded on the rule of law and millennia of philosophical theorising and dialectic, but on the plunder and rape of the natural world. In a zero sum game, the disparities in wealth between the German and the Egyptian “must” be the result of colonialism alone.

This makes no sense given the historical record. The only colony that ever made any money for its colonising power was Togo for Germany. Strong evidence for the lack of colonial profitability exists in the fact that Europe’s great powers boomed economically after giving their colonies up in the 1950s, suggesting that bringing infrastructure, education, sanitation and beautiful civic architecture to primitive societies was a rather expensive game. Colonialism restricted the European wealth and power boom, which was clearly fueled by other things, namely behaviors based on certain ideas unique to European civilization.

Now the world has changed. With China’s embrace (or at least recognition) of the role of free market principles in driving general well-being the world has absorbed into the global labour marketplace hundreds of millions of high-IQ individuals. India contributes millions of traditionally endogamous Brahmins, similarly intellectually blessed. These are but two nations that have emerged from economic wilderness. With people still alive in those countries who recall famines and the ideological madness of communism, Indians and Chinese differ from westerners in that they don’t take wealth for granted. Decadence exists among the super rich, of course, but it does not yet corrode the moral fibre of the general population as it does in Europe.

The realities of a globalised world mean that the hand-wringing westerner’s traditional desire for material equality between himself and the emaciated, loinclothed Bihari of his childhood is being realised. Malnourished Chinese men in proletarian four-pocket jackets have been replaced by metrosexuals wearing Alexander McQueen and Google Glass. What the European still doesn’t realise, apparently, is that the world now has millions more people who are just as capable as the white man, but work harder for less money. Using the ideas that Europe developed along with its technologies, they are ready to replace a decadent Europe that has drifted farther from reality.

Europeans forget that their wealth and power are not accidents of history but the result of deliberate development. Suffering from an amnesia which causes Europeans to forget that peace and prosperity is not some immutable status quo but a fortuitous quirk on an otherwise blood-soaked continent, European cities have — economically at least — drifted into the arms of Morpheus. While multitudes are being raised out of the sort of grinding, absolute poverty that exists nowhere in the West, Europeans and Americans whine relentlessly about a furtive and sinister “1%” without acknowledging the comfort the west’s poorest quartile lives in compared with the bulk of people on three other continents. These two conditions are linked: in abandoning its founding ideas, Europe had to choose new ones, and it chose poorly.

One possibility is that Europe has mis-identified democracy as the source of its prosperity. What do Hong Kong, Singapore and Dubai have in common? Aside from their ability to get large numbers of foreigners to live together peacefully with natives and their very high per capita GDPs the obvious answer is that they aren’t democratic. Supercharged capitalism and the light touch of benevolent grandees have turned these cities into philistine, crudely materialist editions of Vienna in 1900 or London in 1860.

Without democracy, the language of envy is a tongue seldom spoken. In democratic societies the politician makes great headway by talking of who unfairly has what and why some should have more and others less. This generates not only class warfare but also friction between races; raises to the minimum wage – used as bribes by those seeking election – cause unemployment which in turn causes race relations in the poorest neighbourhoods to deteriorate. These conditions lead the masses to the snake oil of the far left; either the narrow-minded fraternity and bigotry of national socialism or the herdist anonymity and greed of communism.

Democracy has re-directed Europe away from its founding ideas toward ideological quests which are more emotional than realistic. Europe’s problems with its minorities and barren women are not going to be fixed by force. The continent must allow its peoples to be economically free, accepting that egalitarian utopias are an unattainable fantasy and that there will always be poor people and sick people and clever people and stupid people. The continent’s Islamists poke at Europeans with a stick, but for now the white man merely bats the annoyance away without ever fully waking up. Europe’s cities are museum pieces, dotted with empty cathedrals, voluntarily childless women and walls festooned with Marxist calls-to-arms. Diversity and multiculturalism are failing miserably. We must face reality, both economic and biological.

A nation without a lavish welfare system will repel those ill-equipped to survive in its environment. Monoglot women in niqabs who speak Urdu and Arabic and contribute nothing to Europe would be forced to face the constraints of economic reality back in Karachi and Algiers, but opulent state payouts grant them the opportunity to breed at the natives’ expense while autochthonous fertility rates are at record lows. Dubai, Singapore and Hong Kong thrive precisely because they do not offer handouts to illiterate peasants. Looking at the PISA results (a test which measures 15-year-old school pupils’ scholastic performance on mathematics, science, and reading) one would expect Singapore and Hong Kong students to perform well based on the presence of high-IQ northeast Asians, and indeed, they do. Dubai (or United Arab Emirates to be precise) performs less impressively, finishing in the 45-50 bracket out of a total of 65 countries. But what is education’s purpose in the modern world if not to translate itself into material prosperity? Dubai has transformed itself from a backwater to one of the world’s alpha cities based on little more than business acumen and allowing a diverse community of global citizens to converge and do what they do best in an environment free of politics. Some might say oil is the reason for Dubai’s success but if oil is all it takes to turn a country into the UAE what explains Venezuela, Nigeria and Iraq?

It should be crystal clear to anyone paying attention that while Saddam-era Iraq was unpleasant, democratic Iraq is a nightmare. Saddam Hussein was no Cincinnatus, but the Iraqis he ruled were not virtuous Romans either. In a society free of sectarian discourse (which is what the ‘coalition of the willing’ brought to the table when it introduced democracy) Sunnis and Shias lived side-by-side peacefully. It took the wonders of the vote and the encouragement of power-hungry politicians to fan the flames of hatred and envy and to point out to Iraqis what it was their neighbour had that they deserved. Neoconservative naÃ¯vetÃ© assumed that a Greek invention which required centuries of tinkering to work in the west (and is now failing disastrously) would work just fine for Iraqi Arabs. Needless to say, Iraqis understood the machinery of democracy — the inked finger, dropping the ballot in a box — without knowing that democracy in theory is not merely about articulating covetousness, but about respecting differences in others.

Democracy can work temporarily in a homogeneous society where there is high social trust. It will not work in a place like Iraq which is divided into Shia, Sunni and Kurd, all of whom under democracy must vote for unscrupulous men whose first priority is to get elected. Politicians are just like any other creature on this planet. They do what they must do to survive, which involves dividing the people and indulging their side of the mob with talk of what they deserve to inherit and from whom. This might be the redistribution of resources from an oil-rich Nigerian province to the Lagos poor, or from Eton-educated ‘bankers’ to the working-classes in England. Either way, the seeds of discontent are sown and allowed to grow into a noxious weed, that deadliest of deadly sins: envy. The root of democracy’s temporary success is not democracy, but the founding principles of the society upon which it is based, including ethnic homogeneity.

There have been very few cases of a state willingly surrendering powers and this scenario grows ever more unlikely, despite being exactly what is needed. When funding is cut to pensions or healthcare, barren leftists who burden the system with their childlessness blame fuzzy concepts like greed instead of accepting that there are not enough taxpayers to fund their communitarian lifestyle. The solution to all this in Europe is to import third world peasantry with the effect of turning the continent into the make-a-wish foundation for the planet’s illiterate. Europe is already facing massive labour competition from the aforementioned Asian superpowers and will probably never reach previous levels of economic dominance even with solely native populations and now it must compete with better educated Chinese while carrying millions of low-IQ inheritors of civilisations not renowned for intellectual rigour.

Accepting the necessity of this ’21st century Malthusianism’ means reducing welfare handouts to non-natives in Europe. Freeing the continent economically will allow European cities to attract the brightest from the rest of the world. The decadence that sees Europeans bestow generous handouts upon Pakistanis and Afghans and Maghrebis and west Africans causes long-term divisions as it produces in the alien not only a sense entitlement at the hands of guilt-ridden ex-colonisers, but also a lack of understanding of what is required to replicate such success in their own country: hard work, a respect for the rule of law and for science, zero tolerance of religious extremism, free mixing of the sexes, etc. After all, when your host country earned its riches through the colonisation and pillage of your fatherland, it is only fair that you get what is owed to you.

Europe cannot afford to live in a bubble of self-denial any longer. With current settings it must acknowledge that its days of economic hegemony are drawing to a close. What, then, does Europe offer over its competitors? The children of the Chinese nouveaux riches take violin and piano lessons playing music by European composers. The world devours western literature and American cinema and European art. For all its problems Europe is still a motherlode of global culture. Singapore and Dubai and Hong Kong are economic miracles and attract people for sound professional and financial reasons, but they lack the European je ne sais quoi which made the Vienna of 1900 a cultural high-water mark.

Without the dead weight it currently carries and under the right economic conditions, there is a chance for Europe to undergo another renaissance. But to revive the commercial brilliance of the Hanseatic League and the unparalleled genius of the Italian city-states the impossible needs to happen. There must be a massive reduction of the state and no more respect for a culture of self-hatred. But since these are both indicators of the irreversible onset of civilisational collapse I am filled with a sense of foreboding. And so, we circle the drain.

Ruins | The transition from secular to religious traditionalism