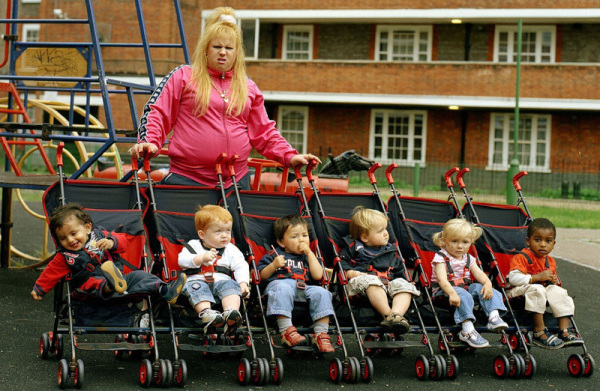 The change in attitude from being in the modern dream to opposing it can only be described as an awakening. While in the modern dream we labor for a laundry list of “issues” and “concerns,” the awakening launches us into an awareness of one solitary issue, which is survival. When the root of your civilization is rotted, the only concern can be fixing it.

For those who do awake, a baffling decision awaits: we live in a time of trends, when getting enough people to buy/vote/repeat a meme determines whether we succeed. But re-inventing a civilization requires more depth than that, and is not as easy as a revolution, where you unite people by a negative mantra and have them form a military lynch mob to overthrow your leaders.

The task before you is to make a society based around a singular principle, which leads to a goal, values system and culture in common. Our society as it stands now is composed of the exact opposite principle: no goal, but we facilitate any idea except that which opposes our society’s design. These two are opposite extremes and as time goes on, we see how our current civilization’s design brings out viciously enduring problems, like a cancer.

Because people in this time think in terms of “issues” and “concerns,” and not a single idea which informs all issues as older types of civilizations had, they’re going to object to any instance of this universal principle of a healthier society. Obviously, since racial issues are as taboo as any issue has ever been in a civilization, the instant race is mentioned a binary category is created: racist/non-racist.

This kind of “my way or the highway” thinking is common to a time when people can barely string two thoughts together. Modern people are incoherent because they are overloaded with bureaucratic jobs, probably disastrous marriages and families, and neurotic from a lifetime of television, social pressures and advertising talking in their brains. You will have to argue your point without letting them define you in these narrow categories.

Instead of getting sidetracked into a discourse over racism, which fits into the preconceived media narrative that is spoon-fed to most people, look at this problem as a doctor would: our people are ill with a cancerous idea that eats away at their minds, and this idea is transmitted through memes that create a modern mindset, and that — not race, not economics, not the culture wars — is our real target.

We are the oncologists (those who remove tumors) of the future. We must identify the tumor, find its cause, fix the cause and then remove the tumor. When you view the problem through this metaphor, instead of the conventional political idea of “fighting” another side, you see how easily it can be accomplished. This isn’t a question of beating anyone, but restoring a body (the West) back to health.

As good tumor removal experts, we want total clarity on the cause of this tumor. The founding concept of the modern time is the death of God (and His Kings), and with Him, centrality and hierarchy. These have been replaced with as many tiny Gods and Kings who insist upon their own autonomy, “freedom,” and a lack of interruption by the things leadership-minded people understand, with the same panache with which a child demands a favorite blanket or toy.

From this individualism — and in the oldest sense, this is what it is, “a placing of the individual before else” of the same category of -ism that “racism” belongs to, meaning a preference of one race before all others — come two basic memes: guilt and oblivion, or by their more technical terms, competitive altruism and narcissism.

These memes arise from good intentions. Like obesity, they’re the result of a good thing — too much of a good thing. We want to be polite to others, so we create a neutered society where each person is an island (a King or God in their own right), and as a result, we cannot work together to solve problems because that would step on someone’s toes.

A defining factor of many individuals united into a mob demanding individualism is politics. The effects of our actions don’t matter so much as how they appear to others. We each become politicians trying not to offend any constituency: is our idea good for midgets? For necrophiliacs? For left-handed people? We tie ourselves down with too many demands, and then re-order our priorities from “effective acts” to ones that look good to a crowd.

Like most processes, it is likely that this bad psychology originates in pity. We feel bad for others, so we flatter them. We feel bad for ourselves, so we demand flattery. Soon we have become a group of addicts who agree on one thing only: that we can stop any time.

If you have ever wondered why it is so difficult to unite people around realistic ideas, this is the reason. People are not interested in reality. They are interested in a social reality in which appearance matters more than effects, gloss more than substance, and whether people like something more than whether it’s good for all of us as a whole — the type of organic human collaboration known as a civilization.

Our only real enemies are ideas, and they exist in our heads. Speaking of heads, we cannot fight them by slashing away at instances of them, like heads of a Hydra. You may be tempted to take up the crusade of race, biological determinism, traditional values, conservative economics or even the aristocracy, but what we need is all of these explained as manifestations of one big idea. We need to take on our degeneracy as a whole instead.

That big idea, for Western culture, is a goal, values system and vision that unites us. Something we’d give up our individualism somewhat for, or even die for, in times of war or great danger. Some call this “transcendental” wisdom, in that it doesn’t promise 77 virgins in Heaven, nor earthly riches, nor even popularity in high school. It does promise the glue that holds a civilization together, and ensures that if we act well, we are rewarded with the honest gratitude of the type of people we’d like to know.

Every known philosophy and spiritual discipline explains this moment of clarity. Zen has its satori; Christianity has grace; the pagans have reverence and the hominid had the delirium and exhaustion of trance-like ritual dances. When we work ourselves through the chaos of our minds, we can see life as it is and can stop existing in the world of worrying about what others think, how things look, or how to symbolically communicate.

These philosophies all degenerate when faced with the virus of pity, including its individualism leading to narcissism, its competitive altruism leading to social status and guilt, and its desire to deconstruct every idea into granules because this virus lacks a single big unifying idea. While we regroup to try to retake our future from this tumor, we should think about what we really fight for, not whom we fight against.

Heresies | Net Neutrality: Not What You Think It Means