A Canary In The Coal Mine 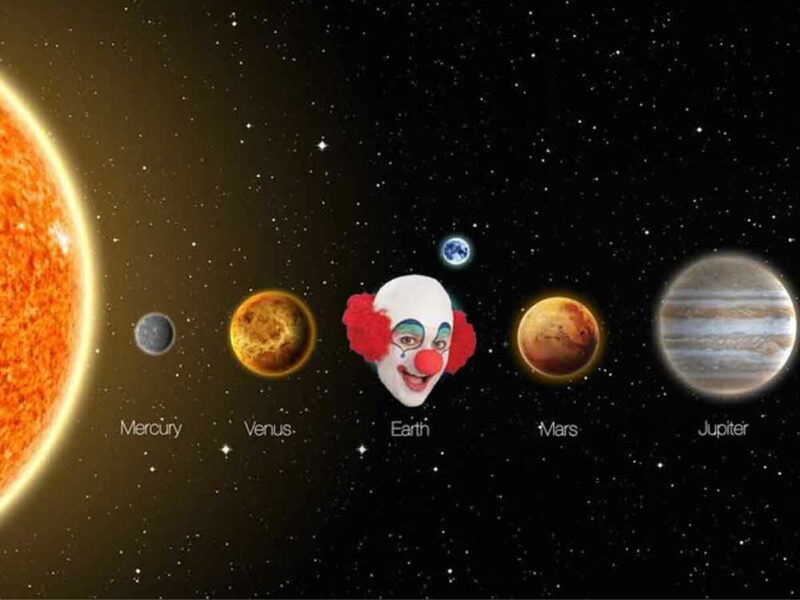 However, preserving open discussion remains essential if we hope to be able as a species to understand ourselves and face both our problems and opportunities. Otherwise, it is too easy for one special interest to declare certain ideas taboo and force people to choose from inferior alternatives.

That is, after all, what both political correctness and theocratic censorship do. They define the devil to be any idea that destabilizes their power, and this means that soon one cannot talk about vitally important real issues and instead can only choose recombinant variations of the non-issues favored because they are symbolically importantly.

Open discussion requires that we avoid viewpoint discrimination, which is the process described above of declaring some ideas taboo:

In Rosenberger v. Rectors and Visitors of the University of Virginia (1995), the Supreme Court declared: “When the government targets not subject matter but particular views taken by speakers on a subject, the violation of the First Amendment is all the more blatant. Viewpoint discrimination is thus an egregious form of content discrimination. The government must abstain from regulating speech when the specific motivating ideology or the opinion or perspective of the speaker is the rationale for the restriction.”

The caveat here is that viewpoint discrimination involves topic, not method of expression. If you do not limit method of expression, you end up with constant spam, pointless obscenity, off-topic distraction, and the type of antagonism that defined the arguments of Darrell Brooks in his ill-fated attempt to escape conviction for homicide.

However, this creates a difficult standard because as you would expect many people will claim that they are banning content for form, when in fact they are engaging in viewpoint discrimination. Reddit does this, but even back in the day on USENET people were categorizing legitimate discourse as “spam” to try to obliterate it.

This shows us why it is vitally important than absolute hate, extremism, and obscenity magents like KiwiFarms continue to stay on the internet, and is exactly why people are trying to remove them by pressuring their webhosts:

This is because Blake Willis, a 20 year senior network engineer in the company’s Paris HQ, is friends with Liz Fong-Jones – a former Google employee associated with Trans LifeLine charity directors who were removed for inurement, and who was also recently accused of sexual assault.

I have appealed this decision but absolutely nothing will happen until Monday.

If you use Zayo, I ask that you express your concerns with your account manager. This decision was made after a year of trying to get my service established, after 12 hours of hosting with them, without specific violation of their AUP, without talking to me, and without any accomodation of my move to another ISP.

Zayo, being a major Internet service provider, unilaterally severing service because of content moderation policies is a dramatic and dangerous precedent – the latest in a series of dangerous precedents being set by big companies – in an attempt to destroy our community and the information on our website, and at the expense of freedom of information and freedom of expression.

My options at this datacenter are Cogent and HE. They are very large companies and I’m sure they have their own Blake Willis and mentally ill people trying to censor the Internet. So, I am not confident in simply moving over to them.

There are many options available, but I wanted to keep my US legal company and US legal website on the public Internet in the United States, where it belongs.

If you are involved in the industry and want to reach out, please do so. The enemies of free expression are tightly knit, working together, and openly flaunting their nepotism on social media. People wanting the Internet to stay an open platform must work together.

Kiwifarms is the canary in the coal mine of internet discourse. No one will make you go there; you may not want to go there. However, as long as it is there, the Overton Window of discourse remains wide enough open that whoever opposes whatever relevant things you have to say cannot shut you down.

Like 4chan, KiwiFarms is a type of free range message board where taboos are broken. In particular, on that site users are permitted to talk about internet personalities and reveal personal information about them. This is not my thing, or perhaps yours, but it is a legitimate use of speech to track pundits to their biases.

We as a species are coming to the realization that the metaphor of cyberspace may be correct, and that online sites function like types of real estate and probably should be governed by common carrier rules in order to preserve the value of that property, which is communication with other people (not limited to, but including, socializing).

Facebook, Twitter, and the other big sites prosper because of network effects, which is the phenomenon where the value of a thing increases as more people use it because to any given user, the possibility of finding friends, mates, customers, or innocent victims increases as its use becomes more universal:

The network effect is a phenomenon whereby increased numbers of people or participants improve the value of a good or service.

Network effects can be found throughout social media. For example, as more users post content on Twitter such as links and media, the more useful the platform becomes to the public.

Multiple network effects have occurred from individuals joining social media platforms. As more users join and participate, companies looking to advertise their products and services rush to join these sites to capitalize on the trend. The increase in advertisers leads to more revenue for social media websites.

These mirror the adoption of the internet itself: it gained utility as more people got online and now is the easiest way to reach masses of people, which is why censorship has become an issue. The internet is a territory like a major port city and control of it determines who wins elections.

KiwiFarms, as a type of viewpoint discrimination canary, shows us when we are at risk of losing the utility of this new medium. Currently being bounced around the internet as the result of some sort of disagreement with the transsexual lobby, KiwiFarms shows that the internet is a valuable property and therefore under constant censorship.

The approaching elections remind us that speech has consequences. Ideas shift over the course of history because people talk about them. Right now many people on the internet are using it to influence upcoming elections. This makes it doubly important that sites like KiwiFarms find willing hosts even if they do not agree with its content.