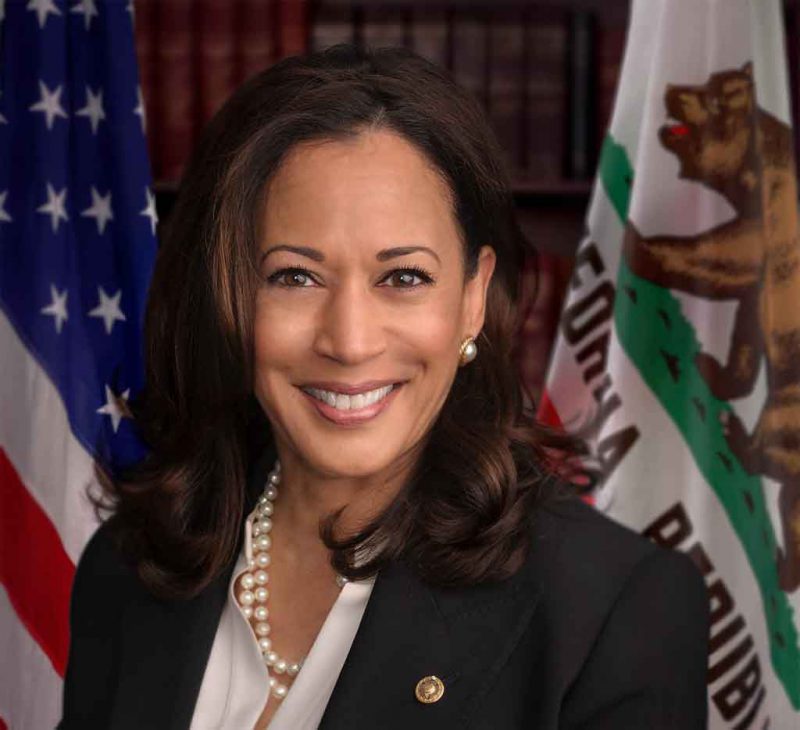 Progressives have been getting a little too comfortable with their stranglehold over media, Hollywood, and Silicon Valley. Long a secular force whose only religion is whatever moral paradigm their donor overlords decide to feed to them, progressives have been chipping away at all religions little by little. While their demonization of Christianity in particular has been successful in many ways, they have made two major missteps in revealing the extent of their vile anti-Catholic bigotry in recent weeks.

The first of these came from Kamala Harris, the Indian-Jamaican mutt who prostituted herself into power. Yes, she is the same Kamala Harris that recently stood upon the grave of Martin Luther King, Jr., to announce her presidency. Clearly void of any shame, dignity, and values, Harris had no restraints whenever opportunity presented itself and famously sold her body to a married man in the form of former California mayor Willie Brown:

Addressing the Democratic National Convention Wednesday night in Charlotte, N.C., California Attorney General Kamala Harris told a crowd of 20,000 that she wants an “America where opportunity is open to everyone…where everyone plays by the same set of rules.” The first big boost to her career, however, came not because of her legal prowess but because her boyfriend was California Assembly Speaker Willie Brown.

As Brown’s time as speaker drew to a close in 1994, he named Harris to the California Medical Assistance Commission, a job that came with a $72,000 annual salary. Brown had previously appointed her to the state Unemployment Insurance Appeals Board.

She “was described by several people at the Capitol as Brown’s girlfriend,” the Los Angeles Times reported at the time.

This obviously puts Harris at odds with the family values of Catholics and Hispanics, as her religion says a woman’s body should be shamelessly prostituted if it can gain personal comfort, power, and influence. Therefore, Harris’s hatred for Catholics and their charitable deeds runs deep. This was uncontainable in her questioning of Trump’s nominee for Nebraska district court Brian Buescher on his work on behalf of the legendary Knights of Columbus charity:

Harris wasn’t finished. Follow-ups included “Were you aware that the Knights of Columbus opposed marriage equality when you joined the organization?” and “Have you ever, in any way, assisted with or contributed to advocacy against women’s reproductive rights?”

Next we had the monumental liberal embarrassment that was the Covington Catholic incident. Desperate to smear March for Life protestors with a conveniently scheduled intersecting women’s march, the media jumped at what at first appeared to be a beacon Catholic bigotry. The media elites could not resist the chance to advance their narrative, and immediately submitted to the poison of lunacy.

The mistake was so epic that, in an extremely rare move, they frantically rushed to retract their stories and delete their tweets. Some tried and failed to push other false narratives. In the end, the unprecedented damage was done, as it was revealed to the world that progressives have completely dehumanized Catholics and Trump supports to the point that even the children were not considered human.

In all of their hatred, progressives have overlooked an important factor in one of their most dependable allies: Hispanics. According to the most recent pew research study, Hispanics are overwhelmingly Catholic:

There are approximately 30.4 million people in the United States who self-identify their religion as Catholic and their ethnicity as Hispanic or Latino/a. Some 16.4 million are native-born (54%) and 14.0 million are foreign-born (46%).

The “retention rate” for Hispanic or Latino/a youth is 71%. Thus, seven in ten of those raised in the faith remain Catholic as adults. By comparison only 61% of non-Hispanics raised Catholic remain in the faith as adults. While comparatively a very high retention, this has declined from 82% in 2006. Seventy-eight percent of Hispanic or Latino/a adults say they were raised Catholic.

So, for Progressives to assume that they will receive the Hispanic vote based solely on unrestricted Mexican immigration would be an act of recklessness. Eventually, the progressive religion of abortion and unpaid prostitution is going to clash hard with the family values and pro-life stance of the Hispanic Catholic Americans.

And given the Left’s growing inability to hide their vicious hatred for Catholicism, the day the left loses their Hispanic American allies may be soon on the horizon. So, if you’re Hispanic and progressive, know this: you’re a traitor to your religion, your race, and your family. You should be ashamed of yourself, and your family is rightfully disgraced by your existence.