by Jonathan Peter Wilkinson on January 23, 2018 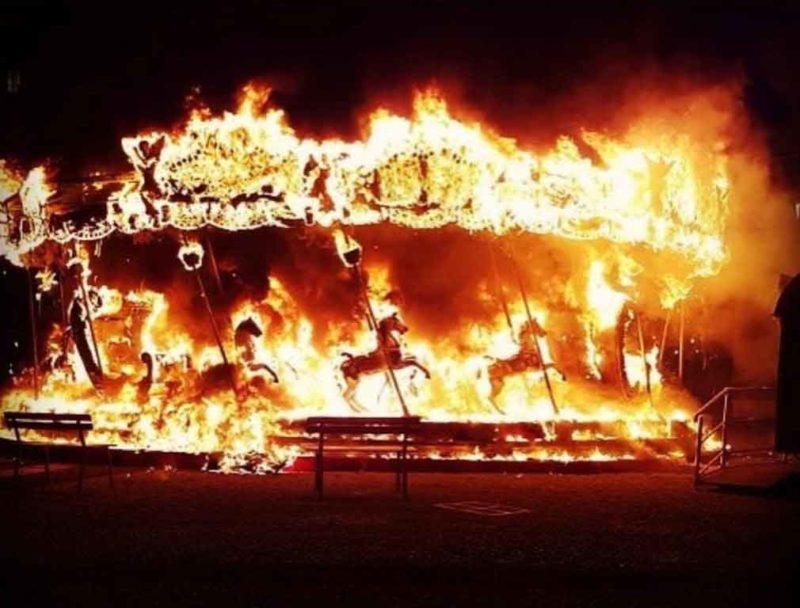 Sometimes virtue isn’t measured by the volume of what you acquire or by the number of people or ideas that you countenance in your circle. There are useful items that you need or receive a lot of enjoyment from. Own those things, use them well and have a blast with them. Don’t let some killjoy tell you otherwise. But the junk? The junk needs to go. There’s a technical term for useless things that clutter your space and you life – pollution.

There are interesting people that sharpen those around them. Iron sharpens iron , the old aphorism goes. Then there are those with their hand out. It can be your money, your resources, or simply just your time and attention. Others will always use you if you are stupid enough to allow them that privilege. When determining who you give time, energy and resources to; make damn sure you are not anyone’s bitch, remedy or home entertainment system.

And then are the thought patterns of your internal dialogue. Having a functional internal dialogue requires a sorting of sorts. Some thoughts empower you and make you better. Others, quite frankly; just piss in your happy bowl of Cheerios. The Law of Attraction works like Hell. You really do walk around asking for it until you get it. The key is to ask for good and intelligent things. That requires self-management.

The Law of Attraction is simple. You ask for it, you get it. That can be good, bad or indifferent. And youâ€™d probably better take control of the asking, because your brain will do it on autopilot if you donâ€™t. If you let it slide, you get whatever you tolerate. It will suck because the crowd will populate your universe the way algae can kill all the fish and stink up the water at your favorite pond. When others control what is in your mental and sacred space, they will use it as a porta-crapper.

I’ve identified a problem a lot of us go through life with. We collect people, thoughts and things that do not serve us well. At worst, they slow us down and create the drag you get if you own a boat and don’t get rid of the slime and barnacles every so often. So what does one do about this state? I got a really intelligent answer to that one from a profoundly surprising place. This Cuck-Christian soyboy extraordinaire reverend who sometimes preaches at the church I attend apparently got nailed right between the eyes with a 2X4 prior to composing his most recent sermon. It made sense, was lucid and actually held forth on a moral precept worthy of repeating. When you have a lot of worthless crap in your life, you add the mo-gas and kerosene, light a match, and then chop and stir. Here’s the Acts 19 version of how the sh!t gets burned.

13 Then certain of the vagabond Jews, exorcists, took upon them to call over them which had evil spirits the name of the Lord Jesus, saying, We adjure you by Jesus whom Paul preacheth.

14 And there were seven sons of one Sceva, a Jew, and chief of the priests, which did so.

15 And the evil spirit answered and said, Jesus I know, and Paul I know; but who are ye?

16 And the man in whom the evil spirit was leaped on them, and overcame them, and prevailed against them, so that they fled out of that house naked and wounded.

17 And this was known to all the Jews and Greeks also dwelling at Ephesus; and fear fell on them all, and the name of the Lord Jesus was magnified.

18 And many that believed came, and confessed, and shewed their deeds.

19 Many of them also which used curious arts brought their books together, and burned them before all men: and they counted the price of them, and found it fifty thousand pieces of silver.

So here we have clutter in our lives in the form of dishonest people like (((Sceva of the Most Worthless Credentials))) attempting to sell us junk. Think Dr. Oz on Oprah. We see the impact of bad internal dialogue taken to the ridiculous extreme of having demons possess a man’s soul. We see the end state of that sort of fail mode when the demon asks Sceva a simple epistemological question: “Who’s your daddy?”

This brings us to people realizing their own inherent state of deluded worthlessness and doing the only thing they can do to restart the cycle and climb back up towards some modicum of virtue and honor. Once the demon has emerged, called you a pathetic and worthless fraud, beat your sorry ass like a snare drum and left you run home to mommy buck naked the other options are all exhausted. You’ve dug your way to bedrock and the shovel done broke. The booze, the side-piece and the drugs won’t cure your appropriate sense of self-loathing anymore.

There is no other way. You have got to start over. Burn, baby burn. It’s time for that smoke on the water. When it’s time to admit your own failures and write off your shitty investments, it all begins with the cleaning fire. Maybe you’re lucky and it doesn’t have to be everything. But there’s probably plenty of junk around: in your garage, in your list of contacts, in your brain. When it comes to that stuff, we don’t need no water….

Tags: burn it down, cleansing, iron sharpens iron, sceva, the law of attraction

Making The Transition From A Demand-Based To Supply-Based Economy | High Costs Of Ethnic Admixture: Angela Merkel