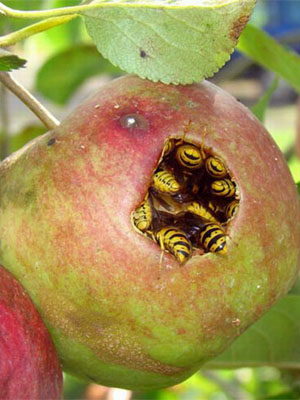 In the 1980s, the famous Japanese novelist Shiba Ryotaro took a trip to America. His intelligent reflections on American and Japanese culture were turned into a book, Amerika Sobyou, which is still widely read today.

One of the chapters of this book that stands out for me is his interview with influential homosexual activists in San Francisco. Gays had not yet conquered the mainstream then, but they were well on their way, and Shiba saw in this an observation about the sort of country Amerika is. (The terms culture and civilization seem to be used in a Spenglerian sense here.)

I am here skipping over a biography of Harvey Milk, a tour of downtown San Francisco, and a discussion of the â€œGay Athletic Gamesâ€.

As Iâ€™ve stated before, most countries have an accumulation of culture extending back to ancient times, and in the early modern period, laws were place on top of that culture. Japan, France, Korea, Denmark were not created out of laws, but rather began as organizations of people, and modern laws simply reordered those organizations.

America is the opposite. The law cast its net over a broad [empty] territory, and eventually immigrants arrived and pledged themselves to those laws, so that the country is nothing more than the sum of its laws.

Laws first, then people. As a simile, this might seem a little strange, but America is like an enormous gymnasium.

Taking customs to be oneâ€™s culture, the roof (laws) of the gymnasium exists to keep the rain and hail off the masses. This insistence on laws reveals the form of the country as a civilization. America is a country with only a civilization. Can someone coming from a country full of culture (customs) even imagine that? People like me, who live surrounded by culture (customs), have no need to write it down as laws. That is, we can live our lives without needing a civil lawyer to waste his life writing down all our practices. Civil cases, after all, are just about getting money.

In the case of Japan, most people go through life without ever needing the services of a civil lawyer. But America is the country with the most lawyers in the world. And many of the leaders in the gay rights movement are lawyers.

So, the gays want to preserve their lifestyle through law (they want to be underneath the roof of civilization), and move for political rights to do that.

I was thinking about this gay problem for a while. Theyâ€™ve certainly been the victim of social discrimination, and I have sympathy for that.

â€œNaoki, what do you think about gay rights?â€ I asked. I was curious. â€œDo you think the gays are just seeking rights as another tribe under the American tent, like Hispanics or Puerto Ricans?â€

But I objected: â€œIsnâ€™t it a little different, though? Gays donâ€™t use the same tactics as ethnic minorities– and their motive isnâ€™t economic success. Rather, they want their way of viewing life to be recognized as a valid lifestyle. That is, theyâ€™ve constructed a minority from inside their own heads.â€

Chinese-Americans, for example, have a shared culture, and they come together through their belief in strong families. Gays could care less about strong families, but they have a shared interest in making friends who want to do â€œsomething you canâ€™t do elsewhereâ€, and they want to be able to do this in peace. Doesnâ€™t the gay pride movement reflect somewhat this common feeling among Americans of getting tired of living beneath this endlessly expanding space (roof) of civilization? It seems to me like itâ€™s going to be impossible to sustain this civilization lacking a culture.

Again, I skip over many more pages, introducing the thoughtful creator of the Gay Games, to translate an anecdote.

People often tell Prof. [Tom] Waddell that homosexuality is immoral because God ordered Adam to procreate and fill the earth. Gays donâ€™t have kids, so they are disobeying Godâ€™s law.

So the good professor said, â€œOkay, Iâ€™ll make a kid.â€ And he planned and discussed how to do it, then he actually did it. The mother was a lesbian athlete who he met at the Gay Olympics. He took me to the babyâ€™s room on the second floor, but the kid wasnâ€™t there.

â€œSheâ€™s at her motherâ€™s house this week. We send her back and forth every other week.â€

He showed me a picture of the mother. She had an intelligent and charming smile.

My strong impression while looking at this photo was, â€œthis is extremely American.â€

The two of them must have had a lot of discussion on how and why a child would be conceived. The professor, as he had just explained, saw this act as part of a realization of the gay rights movement and his ideology of liberation. Obviously his partner had to be made aware of those things, too. And after the child was born, they would have had to decide what sort of lifestyle they would raise her in. But the two of them were neither lovers nor a married couple, and there was no love between them.

What will happen to this girl when she grows up? […] Making such important life decisions in this way from ideological purposes or to prove a political point demonstrates how America is a rationalistic nation, a civilization without culture. And when it comes to lawmaking, hard sciences, and economics, this is all to their benefit.

For the moment, that is.

Every land gets the government it deserves | 1968