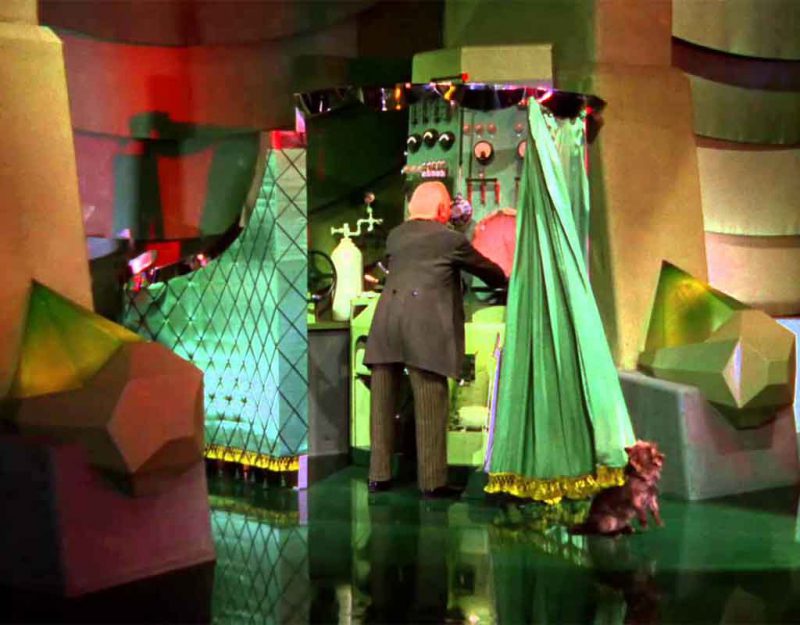 As revealed in the Google blacklist found by Project Veritas, Amerika.org is listed among those sites blocked by Google by designating that they be “excluded from appearing as Google Now stories to read results.”

Google Now is Google’s voice-activated assistant similar to Apple’s Siri, Microsoft’s Cortana, and Amazon’s Alexa. It determines what searches pop up in what is now the largest internet market segment, mobile users.

As it turns out, this censorship fits within a pattern of behavior by Google that consists of demoting Right-wing sources in order to prominently feature Left-wing propaganda:

AllSides assessed 522 news articles that were featured as one of the top three results in Google’s “Top Stories” section for 10 shooting-related queries over three days.

In addition, nearly half (46%) of results came from just three news websites. CNN (25%), the New York Times (14%) and the Washington Post (7%) appeared in the first three results of the “Top Stories” box most often. 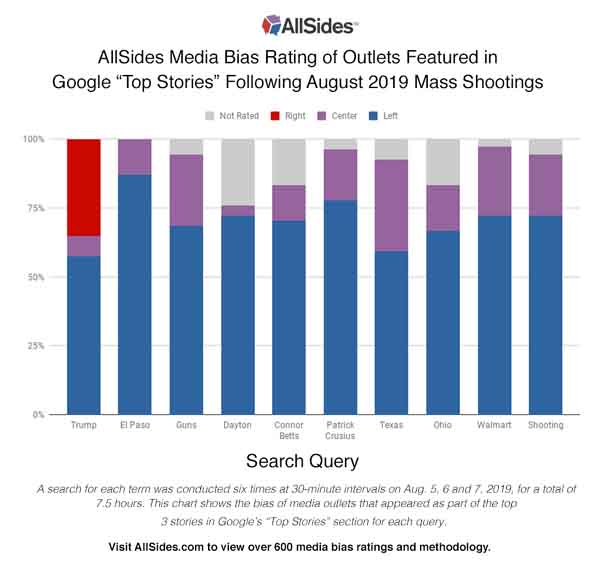 Big Tech became the obvious boom to join during the 1990s, and from that time onward, those who want to be “successful” have flocked to it, driving out the hackers and innovators who made the groundwork upon which Big Tech was built.

Google had one successful invention, PageRank, an algorithm which weighted pages with more links to them from other pages. That made it easy to see which were the highly trafficked websites, but possessed a downside in that it was essentially a popularity contest. It dumbed down the web and drove people to private or offline resources, but only among the highest cognitive elite of the population; the rest still see the internet in terms of the 1990s hype about a Wild West of free content and open discussion. In reality, the internet now is as controlled as daytime television was in the 1980s, with only a few obscure areas resembling its original promise.

Since it no longer attracted innovators and creators, Google began assembling the type of people who are good at education and corporate office jobs, namely those who memorize what they are told, repeat procedures adequately, and keep a library of strategies in their minds for dealing with the usual conflicts in their field. They are good at dealing with things we have seen in the past, but incompetent and dangerous when handed something unknown; if they were not “educated” to deal with it, they have no idea what it is, and may not even notice it exists, in a right half of the bell curve Dunning-Kruger Effect.

These people have no direction of their own, being entirely shaped by what the centralized system or hive mind rewards, and so they say what is appropriate at the right time without regarding the truth quantum of their own statements. These hollow men resemble people like Justin Trudeau, Angela Merkel, Theresa May, or Barack Obama in that they have mastered saying what people expect will be said, and therefore strike the crowd as “safe.” Naturally, they lean Leftist, because Leftism is the political philosophy of being inoffensive, claiming that all people are equal, we can avoid conflict, and if we just spread the wealth, all of these equally rational people will get along and we will have Utopia.

Professionals in all fields default to Leftism as a means of escaping criticism and becoming popular in a group.

Next, we must look at the group that Google hopes to attract. Since 2007, when the smartphone boom began, a new audience has moved on to the internet. These people do not necessarily own or know how to operate computers, but they can learn the limited skills necessary to operate in the “walled garden” of Android or iOS phones. They are people who depend on government, many of whom are opposed to the majority culture, and they all lean Left.

Google aims to cultivate this audience for practical reasons and because, in the strange upper half of middle class bubble in which its employees operate, to them it seems like this is the future, even if they are reciting ideas from the 1780s (or even earlier, since they were present at 400 BC as well).

Carey Gillam, a journalist with Reuters, was reporting on the health effects of Monsanto’s products a few years back. As part of a massive damage-control campaign, the company worked to discredit her work as much as possible, according to an investigation by The Guardian. Perhaps most troubling: the company reportedly paid Google to promote search results that questioned Gillam’s findings — a disturbing look into how readily the flow of online information can be manipulated.

This is less sinister than it sounds, but more sinister in implication than most realize. Google and other Big Tech firms have total control over what most people see on the internet, with a tiny group — maybe less than five percent — seeking outside sources. They need to keep this control because that way, when Monsanto sets up a website (or ten) named “Brett Stevens,” and then pays Google to advertise those sites, making them appear at the top of the search column where all but a few users find their results.

Just as Google favors certain political candidates, they likely favor big advertisers in the same way that they promote their own services by manipulating their search algorithms.

Google also maintains internal blacklists which drop sites out of the rankings for undisclosed reasons.

All of this adds up to a bad situation where a handful of powerful people control what most people see and hear, enforcing an ideological echo chamber which benefits their ability to be powerful through the Leftist political infrastructure and the advertising dollars of large corporations.

Not surprisingly, Amerika runs afoul of this, since we have dedicated ourselves to unpopular truths which can restore Western Civilization, and that clashes with the desire of those who seek to profit from the decline.