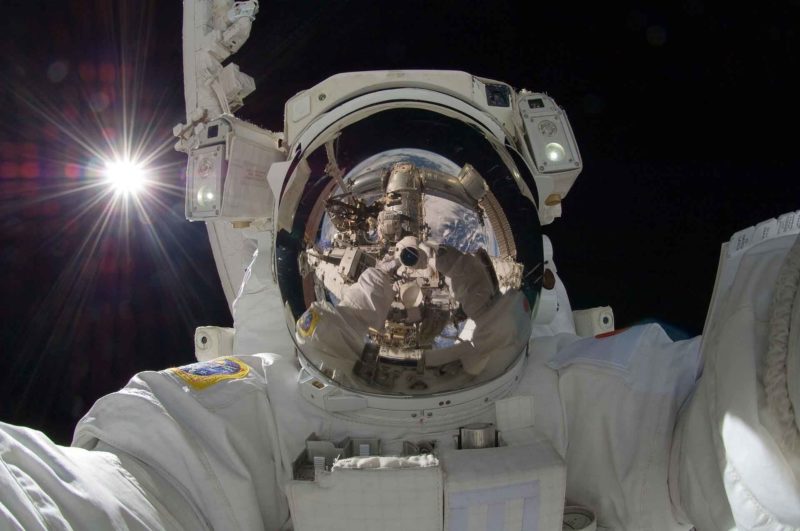 Itâ€™s hard to find a science fiction writer who had more impact on the genre than Robert Heinlein. He won four Hugo Awards, back when they still awarded quality not novels written by and about â€œthe historically oppressed.â€ He trained as an engineer though he was more. He was a philosopher, a thinker, and a man who once bought Philip K. Dick a typewriter because Dick was so poor he couldnâ€™t afford his own.

Today Heinlein is spoken of with reverence but it is increasingly common to see the great mind of sci-fi spoken of with contempt and sometimes with jealousy. The current crop of Hugo winners know they have nothing on the Grand Master of All Science Fiction. Heinlein explored ideas. Todayâ€™s winners explore the shallow end of the pool, afraid to take off their water wings for fear of what they might find. The fact that John Scalziâ€™s Red Shirts won a Hugo for best novel is proof the award has become meaningless.

And yet, there was a time when people wrote because of a love of ideas, story, and character. Heinlein was the best of the best. And these five novels, while not a complete representation of his ability, are the novels that left a lasting impression on me.

Robert A. Heinlein – Have Space Suit Will Travel 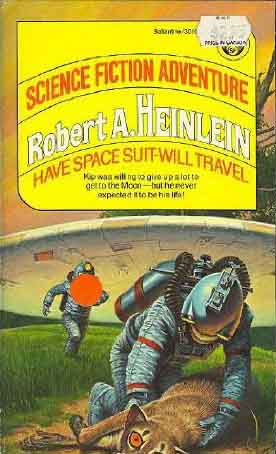 Perhaps Heinleinâ€™s greatest juvenile novel. Itâ€™s written for young men, but it is not written in such a way that an adult would throw it away if they first encountered the book at say age thirty. The story centers on a young man named Kip who wins an old space suit in a contest. He is contacted by two beings calling themselves Peewee and the Mother Thing. They run into conflict with a race of aliens whose planet the society rotates out of 3D space sans mother star and genociding the entire species. Itâ€™s really a fun book and worth every dollar if you have a young son who doesnâ€™t enjoy reading. My grandmother got this for me when I was about ten and Iâ€™ve been hooked on Heinlein ever since. 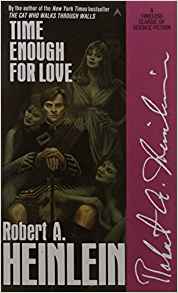 Lazarus Long has lived a very interesting, extended life, and at the outset of the book he is willing to end it all. He is bored with life in a way that only Anne Riceâ€™s Lestat could rival. Long agrees to tell several stories of his life to avoid his own death. The stories pull us through a range of human emotions. But the most controversial (and thus most praised by left wing critics) aspect is the debate on incest. This book contains moral reprobation but without becoming morally reprobate itself. Itâ€™s one of his best books, but also one you should not read until you understand what real human love it. 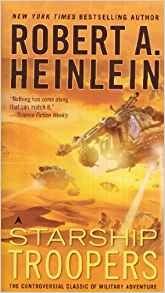 If you grew up in the â€˜90s chances are you saw Starship Troopers before you ever heard of the book. This isnâ€™t a bad thing to me. The adaptation is a funny campy take on fascism. Maybe we could call it the worldâ€™s only existing example of Fashsploitation. In Heinleinâ€™s superior novel of the same name we find one major difference. Philosophy. The film which starred a much younger Neil Patrick Harris and a few other minor stars you might know if youâ€™re from that era, was missing the intellectual depth of Heinleinâ€™s book. In fact the book spends most of its length discussing the philosophy of war, voting rights, equality, and the nature of humanity. The story and its ideas are so deep and interesting that Iâ€™d dub the novel, along with the two that follow on this list, as scalziproof. There just isnâ€™t any way to rip off Starship Troopers without looking like a complete moron, and Scalzi is at least smart enough to know not to delve into deep thoughts about things like war. Iâ€™d highly recommend the novel to anyone interested in what a great sci-fi war novel could be. To me, it is Ernst JÃ¼nger set in space.

Robert A. Heinlein – The Moon is a Harsh Mistress 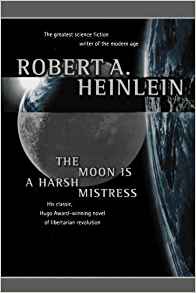 This is the book that got my libertarian going well before I ever read Atlas Shrugged or The Fountainhead. In The Moon is a Harsh Mistress we encounter some of the most fascinating and deep characters Heinlein ever put on paper. The book is a masterpiece in terms of content and style. This is the story of a penal colony on the Moon inhabited by Loonies who seek for themselves independence and liberty. The story introduces us to Mike a supercomputer with mysterious motivations for supporting the rebelling academic, computer technician and professional agitator. In fact Wyoh can be understood (at least to me) as the first in the line of modern female heroines whoâ€™ve been stripped of their femininity such as Buffy, Sarah Conner, and pretty much every female in an action movie these days. But this is not Heinleinâ€™s best novel.

Robert A. Heinlein – Stranger in a Strange Land 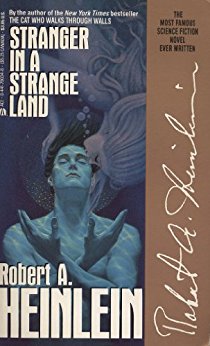 Heinlein at his best. In Valentine Michael Smith he created one of my favorite characters in literature. This is a story of a man learning to grok what it means to be human though he is human. Itâ€™s an outsider look at the world of America in the midst of the Cold War. The novel is set after the Third World War and looks at religion as being an incredibly powerful tool in the hands of the wrong people.

I believe there is a right age to read a novel. For me, Stranger should be read in the early to mid-twenties. I was about fourteen when I first read it and didnâ€™t understand much, but I knew I liked it. Then while in grad school and working at a book store I picked up a copy as my free mass market paperback book of the week and read it over the span of about three days. There was so much Heinlein put into his novel about love, politics, law, philosophy and the search for the meaning of what it means to be human. In fact his definition of human is one that in my opinion runs against his objectively libertarian politics. Smith cannot be fully human because he has no â€œtribeâ€ he has no people. All he knows is Mars. In a way I would say this may have been the worldâ€™s first Identitarian novel. Absolutely worth reading.