Crosses & Double-Crosses, by Clayton Barnett (Part 5: …To the Machine) 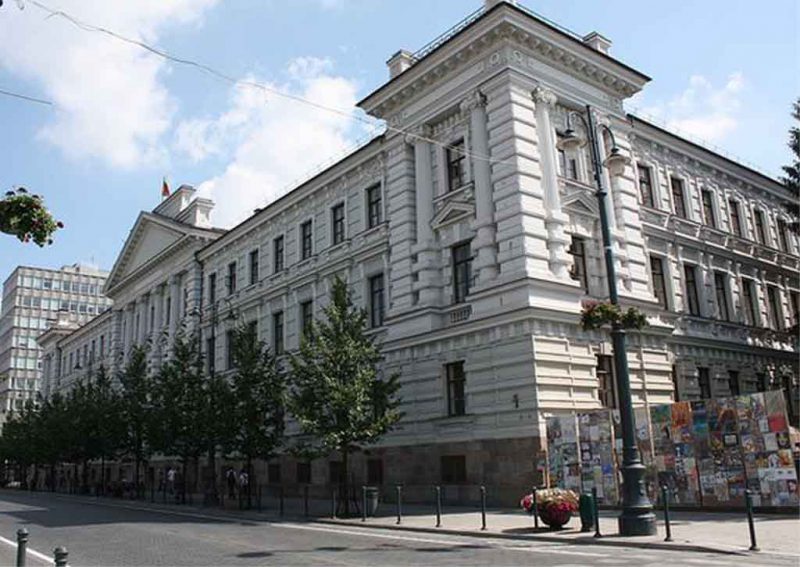 We are fortunate at Amerika to be able to present the second installation of the exciting dystopia saga, Crosses & Double-Crosses by Clayton Barnett. You can find your copy on the Jungle River store, but first, read this week’s segment of the story, “…To the Machine.”

“How much more can you tell me about your organization?” she asked in her most passive courtroom voice.  “It sounds as if you-all, if you forgive my pronunciation, have done quite a bit in what little time there has been since all this started!”

“Well, Miss Sylvia,” she could see him sorting what he could divulge from what he should not, “I guess you could say that the roots of ExComm go back to the last national election:  a whole lot of folks were downright displeased with the US President’s reelection.  We got riots in our big cities that were edging into the kind of no-go zones we’ve seen on the teevee in Europe.  The Governor first tried the Ranger Division – ”

“I’m sorry,” she interrupted to keep him just a little off base, “but I don’t know what that is.”

“Of course, what you not being from here and all!  I guess you could think of it as something like a State Police force but with broader authority than what you might find anywheres else.”

“Anyway… let me see… ah!  The Governor declared a state of emergency and called up the National Guard.  Trouble was, there was little to no communication channels between them and the Ranger Division.  By then parts of El Paso, San Antonio, Dallas/Fort Worth and Houston were burning.”

He gave a small laugh.

“The only reason Austin didn’t is the Governor ordered the university closed and all eighty-thousand students – potential rioters – dispersed!”

He pointed at a brown sign with white lettering they passed saying “Fort Hood” with an arrow to the right.

“Thankfully, so far, the regular army has stayed on their bases and remained quiet,” Rupert said as they continued south.  “There’s been rumors about men going AWOL, worried about their families across the ‘States, but that’s just rumors.”

“I see,” she said, looking west out the car window.  “It would certainly be problematic if they suddenly took a side… at odds to yours!”

He snorted at that.  Sylvia could tell he knew something but could not divulge it.

“Things just kept getting worse:  the cities kept burning and to try to protect what we still held we had to pull men from the Rio Grande, that’s our southern border with Mexico,” he explained, just in case.

“That… just made things worse,” she heard the catch in his voice.  “Then even in those sectors where the new walls had been built, once there was no one defending it, the UN Refugee Teams paid the Narcos who paid the Mexican Army to shell it.”

Sylvia turned back to him, shocked.

“Media told to not cover it, Miss Sylvia.  That’s just how things are now,” he said ruefully.  “There must be close to a half-million crossed over just since then…”

She watched him take a drink of bottled water and try to collect himself.

“’Bout this time, the Director, well, just Mister Barrett, then,” he said in an almost reverent voice, “wandered into the office of his cousin, Kyle Stephens of the Rangers.  He… he’d been in other parts of the US as things began to fall apart faster and faster.  He and Mister Stephens cooked up an idea and sold it to the Governor.  It was supposed to be called the Amalgamated Regional Militias but Mister Barrett insisted on the ‘Extraordinary Commission.’”

“I wonder why?” Sylvia asked.

“No idea,” he replied truthfully.  “At a stroke, nationwi- er, statewide martial law was declared and all armed forces subordinated to ExComm.”

“And to Mister Barrett,” she allowed carefully, having picked up on the allegiance in his voice.

“What can you tell me about this great man?” she asked with little irony in her voice.

“Honestly, not much.” There were more civilian cars on the road as he drew closer to the capitol and he had to reduce speed.  “He’s a native, with deep family roots here, but seems to have lived away for most of his life… Perhaps you can ask him yourself!”

“Now why would a busy man like that have any interest in a Yankee such as I?”

Rupert looked at her in surprise.

“Who do think gave the order to have you to Austin soonest?”

“Uhhh… guys?” Roberta mumbled from the backseat, finally sitting up.  “I’m hungry.  And I gotta pee.”

Her big sister rolled her eyes while their driver just laughed and pointed toward the blue ‘Rest Area  1 Mile’ sign.

“Of course, Miss Roberta!  Happy to oblige a pretty girl like you!”

Sylvia could just imagine the shade of crimson her kid sister was right now.  I hope she can hold it in!

Just after their stop, about ten miles north of town, was their first roadblock.  Her only knowledge of things military being the insurgents and light infantry that opposed them in the middle and southern isles of the Philippines, she did not recognize what looked like two small tanks with a half-dozen jeeps and Hummers, most with machine guns.  Concrete highway dividers were arranged to slow and channel traffic for inspection.  She noted that Rupert took them off to the right, away from the other cars and trucks.  He slowed and stopped, putting his window down as he did.  Three men in camo, two with machine pistols, came forward.  Their glance at the decal on the car’s door was obvious.

“Afternoon!” Rupert called, holding out his badge and papers with his left.  “How are you, gentlemen?”

“Just fine,” the one not carrying a gun replied, taking both.  “Could you lower your back windows, please?”

“One driver and two female passengers,” Sylvia heard his mutter as he moved to the behind them.  Without being asked Rupert opened the trunk.  After a pause, it was slammed shut.

“Thank you for your patience,” the man said, returning Rupert’s materials.  “Have a good day.”

Rather than driving off, he pulled forward to allow those in their escort car the same treatment.  Only when they were in the clear did they carefully accelerate on.

“Is everyone always so polite here?” Roberta asked, leaning over the seats.

Sylvia caught something odd flash across their driver’s face.

“Point One, Miss Roberta, is to always be polite to people pointing guns at you,” he said with a smile to soften his words.  “Point Two… there are parts of ExComm that are, well, a bit too taken with their work.  The rest of us try to make up for it, I guess…”

Sylvia wondered just what he might mean by that.

“In the time we have left,” Sylvia ventured, “is there anything…”

She saw him shaking his head.

“We’ve got a few more checkpoints before I get y’all to where I was told,” he said.  “And I really don’t have the permission to go into details about ExComm.”

He took his eyes off the road just a moment to look at her.

“So forgive me, Miss Sylvia; I hope you understand.”

“Of course,” she replied, resting the fingers of her left hand onto his right knee for just a moment.  Roberta growled.  “And our stop is…?”

“Our HQ; Office of Deputy Director Stephens, of the Second Chief Directorate, just a few blocks from the State House… whups!  Another checkpoint coming up!”

This one had no tanks.  She used the time to consider his words:  a second directorate implies a first.  Sylvia wondered what their assignments were.

Finally leaving the highway they passed a mass of buildings off to their right.

“What’s all that?” Roberta asked.  “It looks deserted!”

“University of Texas Austin, the main campus,” Rupert answered.  “One of the largest single campuses in the world!  Had, er, has its own ZIP code!”

“Just temporarily… until we can get everything sorted,” he agreed.

“Of course.” She deliberately put sarcasm into her voice.

Downtown was a mix of old and new buildings.  Austin had profited from the tech boom that began in the late twentieth century but also chose to retain many of its structures from the nineteenth century… at least on the outside.  Some of the façades had, up until recently, contained some cutting-edge companies.  The building that she and Roberta were taken to reminded them more of those in wealthy Old Manila than anything in Manhattan.  Taking up an entire quarter of a city block the structure was a bit like a fortress on the street side.  Once through a gate into the interior court, she saw frenetic activity everywhere:  men, mostly, she saw few women, ran from horses and motorcycles into the four sides of the building just as quickly as others ran out to take their mounts, whether machine or biologic.

“Something afoot?” Sylvia had to ask.

“Not at all,” he replied easily, pausing the car but not getting out, “this is normal.  Y’all will be getting out here.  Just head over to that door and ask for DD Stephen.  Y’all’s expected!”

“Back to Dallas tonight!  Lots to do, Miss Sylvia, lots to do!”

The car was already accelerating away as she swung the door shut.  She noted a few glances from those in the court.  While not consistent, it looked as if their uniform was field gray pants or blue jeans, a collarless white shirt and a thin black leather overcoat.  That has to be hot for central Texas… who chose that and why?

“Can we get something to eat first?” Roberta complained.  “I’m hungry!”

Sylvia turned about and looked up to the top, third, floor.  An older man with thin wiry salt-and-pepper hair with all-white at his temples and balding on top had pushed open a window and was calling down to them.

“I could just make out what you said, young Miss Fernandez!” he continued with a smile.  “I’ll have some food brought in!  Go in that main door and have yourselves escorted up… and welcome to ExComm!”