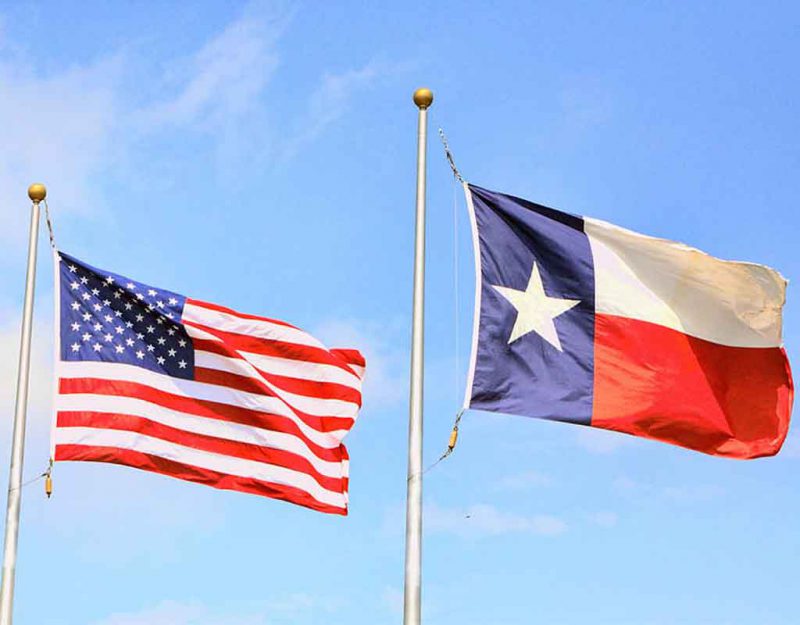 We are fortunate at Amerika to be able to present the second installation of the exciting dystopia saga, Crosses & Double-Crosses by Clayton Barnett. You can find your copy on the Jungle River store, but first, read this week’s segment of the story, “Matters Going South.”

Their VIP quarters meant that they had a tent with two cots to themselves.  Sylvia detailed her sister to draw water from the small lake – doing something was better than letting her cry – while she stowed their carry-on bags under the cots.  Agent Rupert had said he would have Martin radio her offer and would find her when and if there was a reply.

She took out her smartphone as she sat onto the creaking cot.  No wifi but, surprisingly, two bars of 4G signal.  Taking to heart what she’d heard about bandwidth she tried text-only news sites.

So it started seven months ago, with China, Russia, and India announcing their new currency, the ria.  It was backed by the tons of gold they had been furiously buying up since the late twentieth century and indexed to the price of crude oil:  a deliberate shot across the bow of the US dollar which had been the world’s reserve currency since the 1950s.  With the NYSE losing a quarter of its value the next day – trillions gone – the House drew their knives and in two days had brought Articles of Impeachment against the second-term president they loathed and convicted him in the Senate a day later.

Roberta staggered back into the tent and set down her couple of two-liter bottles of water.   Still sniveling.  Sylvia returned to her article.

One week after the announcement of the ria it was formally issued.  Trillions of dollars in bonds held by nations all over the world were suddenly returned to the US as worthless paper.  At a moment where the United States experienced the worst economic crisis in its history, there was no leadership to be found in its political class.  Small banks immediately closed their doors.  Larger banks suspended payments.  Keenly aware what was happening, every food market in America refused to take credit, either private or government.

All while Roberta was shopping in Binondo and I was sweating in an un-airconditioned building in Tacloban, totally clueless about all this.

“Is that thunder?” Roberta asked.  “Is there a storm coming?”

“I don’t know,” her older sister whispered.  It would seem the storm is upon us.

The shadows outside the tent grew longer as the signal suddenly ended.  Sylvia returned her phone to her pocket as she went to the entrance flap.  A wind blew some dust from West Texas about her.  Lightning flickered in the clouds to the west.  There was no sign of Rupert but a young man in fatigues, no badges of rank or unit except a crude ‘XC’ badge glued onto his collar, came by with what appeared to be the best pickings from several MRE kits.  He politely apologized for what he offered and departed into the falling darkness.

Roberta came to first stand next to her before leaning onto her.

“You and your stupid dream!” her little sister cried, accusing her.

Just days ago, that dream that seemed so real:  a phoenix carrying me across the sea.  To home.  She shook her head a little.  I thought I could do it:  I’m smart enough to handle anything!

“I’m so sorry, Roberta,” she whispered.

“What’s going to happen to us?” she asked in a shaking voice.

“I’ll take care of you, little sister,” Sylvia said, placing her arm about her.  “I promise!”

The constant patter of rain had been enough to soothe them to sleep.  When the call of “Ladies?” from Agent Rupert just beyond the tent flap came, Sylvia brought her watch up to her face.  0502.  What now?

The man pushed his way in carrying a small flashlight that he pointed at the ceiling.  Roberta groaned in protest at the light and rolled away.

“Apologies, ladies,” Rupert said softly.  “We need to be on our way in just less than thirty minutes.  We actually got word late last night that you are wanted in Austin but didn’t have an extra car or men as an escort.  We do now!”

“Twenty minutes; right,” Sylvia said, already tossing the woolen cover off of her.  “Can I trouble you to leave the light?”

“Not at all,” he replied, balancing it on the tiny table between their cots.  “See y’all in a little bit!”

Thirty minutes later Sylvia sat next to Rupert in his sedan with Roberta stretched out, asleep, in the backseat.  She’d already noted the other car that followed closely.

“What you said,” she commented, waving over her shoulder, “about an escort?”

“Just so ma’ – er, Sylvia,” he replied.  “While things are pretty quiet on I-Thirty Five south between here and Austin, especially what with Fort Hood about halfway in between, once someone attracts the attention of the Director…”

He paused to look at her.

“Which you have done,” he said with a curious tone before returning his eyes to the road.

“Well, now, that necessitates another layer of security, to make sure y’all get there safe and on time.”

“And you have already intimated that your Director Barrett places a high value on punctuality,” she said with a smile.  “Good.  I do as well!”

She turned to look at the rolling farmland fly by at over eighty miles per hour.

“If you’re so inclined, Sylvia,” Rupert suggested with a glance, “why not just rest for the two and a half hours to get to Austin?”

“I’d rather,” she said, returning her eyes to his, “have you tell me – what you can, of course – about just what’s going on here in Texas in general and this Extraordinary Commission in particular.”

She watched him nod and pause to think while they passed a convoy of a dozen tractor-trailers, escorted by a Hummer with a machine gun atop it.

“How much do you know about Texas, Sylvia?” he finally asked.

“Just what I’ve seen on teevee,” she replied.

“So:  nothing,” Rupert said without a smile.  “There are two facts you’d best learn right quick.”

“And those would be?”

“First, we Texans, those of us whose families go back to the nineteenth century, have never really stopped seeing Texas as a separate nation, just temporarily aligned with the US.”

“Oh, really? Seems rather arrogant!” she deliberately provoked him.

He managed not to glare.

“We were the only independent country to choose to join the United States,” he said, forcing himself to calm.  “We were, er, are, the only State to fly its flag at the same height as the USA flag.”

She could tell he wanted to say more but didn’t.  Into his pause, she asked.

“And what is the second fact?”

He took his eyes off the road again to make his point.

“Our power grid is independent of the rest of the country’s.”

While she considered the import of that, he added one more detail.

“And we are a-wash in oil and natural gas.”

After a dozen miles, Sylvia spoke up.

“So:  you have your own infrastructure, your own resources, and a culture that disposes you to think of yourselves as separate,” she ticked the points off on her left fingers.  “Sounds as if you are a ready-made new country!”

“Not quite,” he quickly retorted.  She suspected that he’d led her to that conclusion for a reason.  “We do have a few problems:  our huge southern border and the cores of our biggest cities…”

He changed lanes again around another convoy.

“That’s the general.  And, to get to your other question, those problems, in particular, are why ExComm was created.”

Another look to her; this one hard.

“To deal with our enemies; foreign and domestic, Miss Sylvia.”

“You sound,” she lowered her voice at the seriousness of the matters he described, “as if you are already independent, Agent Rupert.”

“Why, Miss Fernandez,” he replied to her formality, “no one has said word one about any such thing.”

So they’re close, she heard in his voice.  Very close.