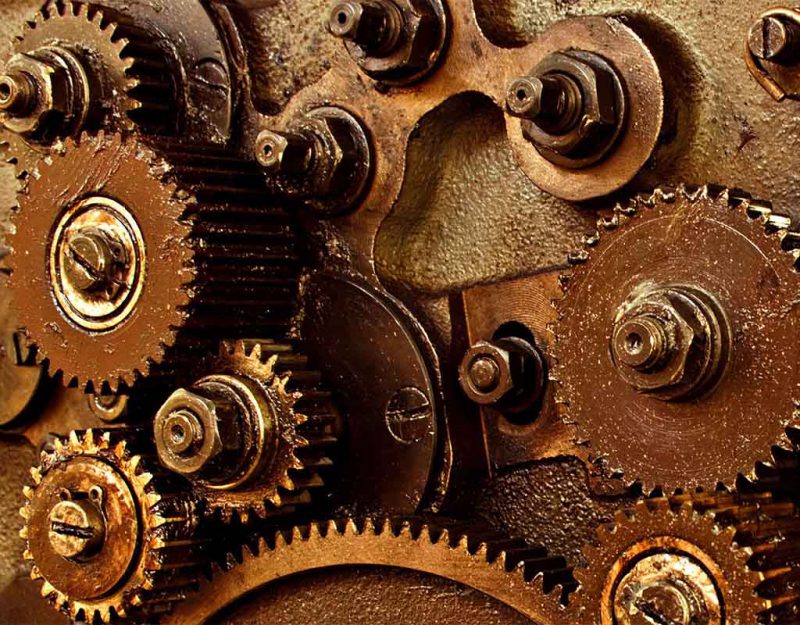 We are fortunate at Amerika to be able to present the second installation of the exciting dystopia saga, Crosses & Double-Crosses by Clayton Barnett. You can find your copy on the Jungle River store, but first, read this week’s segment of the story, “Plans Within Plans.”

The week of Jones’ absence flew by.  Her provisional secretary as Assistant Director, Michelle Llon – born in Singapore – was firmly ensconced outside of Sylvia’s office, serving notice that the new Deputy Director would do things her way, not necessarily the ExComm way.  Sylvia had wanted to send Kharachan to El Paso and Las Cruces to gauge the readiness and dispositions of the Mexican Army, but he’d abruptly been seconded to First Chief Directorate for a mission to the southeast.  Rumor had it that the Director himself had traveled to just across the Sabine River, about ten miles into former Louisiana along old Interstate Ten, where he stood under a forest of several hundred crucified and told the effective-dictator of what was left between Baton Rouge and New Orleans that, “if you cannot control your people, ExComm will; with tactical nukes we salvaged when Fort Hood came over to our side.”

If these rumors are true, Sylvia thought, the fact the Director said ExComm and not Texas was very troubling.  From 1917 to 1991 the Soviet security forces, no matter what their name, were a parallel army within the state.  This cannot happen here!

Her most recent communiqués from Binger in Oklahoma City were good news:  Austin had yet to replace him.  If I can unite this to another front in Albuquerque… she looked up as her door opened.  Michelle always called first or knocked once.

“Director!” Sylvia said, standing.  “A pleasure.  I apologize for the mess…”

She saw his head shake once.  Besides being dressed as a ranker in the Extraordinary Commission, he wore a single decoration on his left chest.

“Sir!  Congratulations on being awarded the Lone Star Order,” she said with what was hopefully sincerity.

“I wanted to tell them to stick it up their asses,” Clive Barrett said tactfully, setting his briefcase down, “but the President insisted.  I think it tarnishes the award for anyone who comes after me.”

He can be so direct, so honest!  How can he order deaths so casually…?  She watched him sit before, with an afterthought, pulling his briefcase from the floor into his lap.

“While not official policy, I know that you rarely come to your staff’s offices,” she said, sitting as well, hoping he would not produce a pistol.  “Is there a problem, Director?”

“Not at all,” he said, producing a thin 250mL bottle of whiskey and a small glass, both of which went onto her desk.  He paused.

“I’m told you don’t like it, correct?” he asked with a curious glance.

A minute passed in silence while he poured the glass half full, drank it, and refilled it.

“Relax, Sylvia.” Don’t call me that!  “Things in the southeast went fine.  The governor of Louisiana, so to speak, has been put in his place.  Except for one, the borders of our new state are secure.”

“New Mexico,” she said.  He nodded and took another drink.

“The Mexicans have moved up their timetable; as they see it their hold on Tucson has a wide-open right flank.  They are moving in two weeks.”

“I have,” she countered with no sign of surprise, touching a pile of papers with her left hand, “all of the legal work complete for the new province.  In two days I shall be able to add and footnote some political additions, as well.”

“When your man, Jones, gets back?  Good.”  He refilled his glass again.

How did you know that?  Try a different tack.

“Just now, sir, you said that you’ve been told I do not appreciate whiskey,” she said, forcing herself to relax.  “That’s an odd, personal rumor.  May I ask where you heard it?”

She watched him watching her.  His eyes took on the cast when he was thinking about something funny.  Of course, what Clive Barrett found funny could result in a bloodbath.

“A mutual acquaintance told me,” he allowed, taking a much smaller sip of his drink.  “You, know:  Thaad.”

I’m going to be shot, she thought.

“I didn’t know, Director, that you moved in hacker circles, as well,” she managed, wishing for a glass of water.

“Hacker? I guess that’s true; he certainly made a joke of what we have of electronic security, hasn’t he?” Barrett now almost smiled.  A cat with a mouse?

“And how is it you know I have spoken with him?” She used the voice one spoke to a judge when realizing that they are losing the case.

“He told me,” the man opposite her said, pouring the last of the alcohol into his glass.  He looked about for a trashcan.  Sylvia leaned forward and took the empty bottle from him, tossing it into the bin under her desk.

“He most certainly is not!” Were the drinks finally getting to him?  “He contacted me when I began to set up all of this; he calls in every few weeks or so, when it appears our agendas touch at some point.”

“And they touch on you, Miss Fernandez.”

He leaned back, holding the last of the drink in his lap.

“I cannot imagine how…”

“’Power to the imagination,’ Miss Fernandez, as one of the few things that new, young Pope recently said.  I, for one, can imagine quite a bit.”

He set the glass onto the table, having not had any more.

“Why do you think I did all this?” he whispered.  He looked past her, out her frosty window.

Sylvia made sure her eyes got nowhere near his breast pockets, where over a week ago he had stashed the tiny picture of his lost daughter.

“Then, sir, it should not be a… issue… that I, at times, rely on this Thaad person, too?” she ventured.

Into the long pause, she was about to repeat her question –

“No!  Not at all.” He picked up and finished his drink.  Barrett took a few moments to return the glass to his briefcase before standing.  She did, too.

“While unsaid, I get the distinct impression that Thaad and I are fighting for the same thing,” he said in conclusion and moved to her door.

I have to ask!

His hand rested on the doorknob.  He replied without turning.

The door slammed behind him.  Sylvia more fell than sat into her chair.