Why ClownWorld Needs The Circus 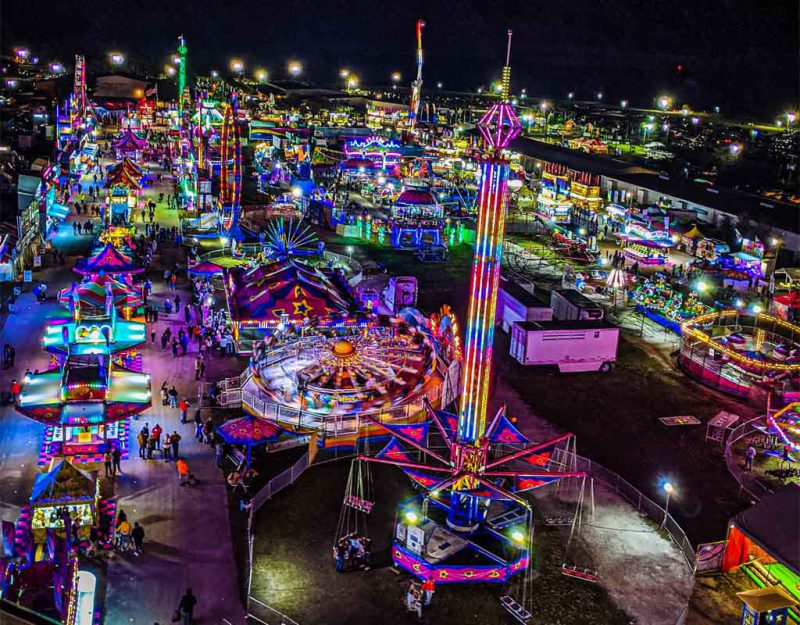 There are times that The Amerikan Legal Industry can put the avuncular ghost of Thomas Edison to shame. How so? It seems that The Great Earvin “Magic” Johnson isn’t the only member of The LA Lakers capable of pulling an occasional rabbit out of the hat. It seems “Showtime” has just successfully qualified for a coronavirus grant. They, like Harvard University, managed to successfully qualify as a small business.

“The Lakers qualified for and received a loan under the Payroll Protection Program,” the team confirmed to Reuters. “However, once we found out the funds from the program had been depleted, we repaid the loan so that financial support would be directed to those most in need.”

Yep the LA Lakers, like Harvard University, were shamed by The Shake Shack and are now rapidly wiping the slime off. LeBron James’ paycheck will be a dead weight loss this year. The sorry debacle leaves the cynic overdosed on a medicine cabinet of Black Pills to ask just one question. “How ’bout dem !COWBOYS!?” To the best of my knowledge, The NFL’s flagship franchise hasn’t grown quite as insufferable as either Harvard or the LA Lakers.

How does someone call himself a conservative and then dismiss the First Amendment? Regardless of how people feel about adult entertainment, it is clear from U.S. Supreme Court decisions that the modern court believes the Constitution protects expressive conduct, and does not equate nudity and or consensual sex with obscenity. The First Amendment protects more than political speech. In a powerful 1948 passage supporting freedom of speech, the court wrote in Winters v. New York that it did not accept the argument that “the constitutional protection for a free press applies only to the exposition of ideas.”

Yep. THE CONSERVATIVE CASE for 14-Year-Olds getting sodomized by half of Gomorrah on webcam for the clicks and the cash is roughly analogous to Patrick Gaspard’s old Union Thug case for Obamacare. It’s Constitutional, Webcam Starlettes. OK, so we can technically argue that a lot of shameful and deleterious conduct can be shoe-horned into forced legal acceptance by abusing The US Constitution the way Ike took frustrations out on poor, old Tina Turner.

That’s the thing that sick Constitutional Fetishists deliberately remove via their poetic elisions. It not only makes a difference who writes the constitution. You also have to account for who reads it. You get a different story when you hand a Bible to either

B) Randall Flagg from a Stephen King book. It isn’t too much different an outcome when you hand it to Chest Rockwell from Boogie Nights. Evil and stupidity converge at some point at infinity along life’s big and happy Reimann Sphere.

It’s like when The Reverend preaches Joshau and The Battle of Jericho. The deep moral pungence at the end of that chapter of scripture gets deliberately left out. Many of the verses at the end of Jericho 6 are like that time you park the car on the front lawn and come in late and drunk. Dumb Old Dad somehow manages to keep his demeanor intact. He sits you down to talk some serious turkey. Here’s what Right Reverend Faggotcuck doesn’t want you to ponder in your Bible Study.

21 And they utterly destroyed all that was in the city, both man and woman, young and old, and ox, and sheep, and ass, with the edge of the sword.

Joshua made no excuses for bad, unrighteous trash. It was all disposed of. Nationalism, (((Zionist))) or otherwise, brooks no excuses for practicing piss-poor Darwinism. See, it’s right there in The Bible. The unfit should not be alive to breed.

24 And they burnt the city with fire, and all that was therein: only the silver, and the gold, and the vessels of brass and of iron, they put into the treasury of the house of the Lord.

And they weren’t finished fumigating the foul and unrighteous.

26 And Joshua adjured them at that time, saying, Cursed be the man before the Lord, that riseth up and buildeth this city Jericho: he shall lay the foundation thereof in his firstborn, and in his youngest son shall he set up the gates of it.

And if you build it again, they take your kid out front and kill him with an axe. They’ll stick his head up on a spike so all the in-laws can drop by and pay their last respects. And it was nothing personal, mind you. Just a really dirty business of cleaning up the human garbage. Joshua was only allowed to cross The Jordan for one reason. When it was time to deal with the unrighteous, he was a hard enough man to seriously deal.

And so how did The Big HR Department In The Sky discipline such an obstreperous and bigoted employee?

27 So the Lord was with Joshua; and his fame was noised throughout all the country.

How ’bout dem Cowboys? Aetheistkult is annoyed when you tell them Darwin believed in God. What they totally want censored from all opinion, conversation, and thought is the extent to which God fervently believes in Charles Darwin. Which brings us back around to webcam slores, The LA Lakers, Harvard University, and all the other forms of now utterly pointless entertainment with which our corrupt and vile Kakistocracy attempts to distract us.

Think of #WuhanWipeout as an awesome societal Field Training Exercise. The US Army once told me I would only fight as well as I could train. In keeping with this thought, Governor Whitmer-Stalin is showing us how our inbred and perverted peerage will perform in the event of an actual, no bovine solid material waste, SHTF event. This is not something they want us to see.

So is all this entertainment necessary in the hard times of a pandemic? For those who misrule us, now more than ever. To understand why, I remind you of how Professional Funnymen like Patton Oswalt and D.L. Hughley reacted when people started protesting the lockdowns. We were all told to stop asking questions because (((Anne Frank))) and chained-up knee-grows in the distant, evil past. How come you guys aren’t clapping like the trained seal? Are you not entertained?

The Kakistocracy needs that entertainment. Undistracted people get organized. They get in step. They get proficient and learn. Senator Mitch McConnell is far too CONSERVATIVE to spend money to pave the roads. That cash is needed for The LA Lakers and all of society’s other forms of Rodeo Clown instead. God forbid that those Tea Partiers ever sober up and get in step when they march seven times ’round Jericho Upon Potomac. It’s about that time when all the evil, scummy and iniquitous Gretchen Whitmers and Mitch McConnells wind up riding the horns of a seriously angry bull.