Traditionalism and the Cosmos 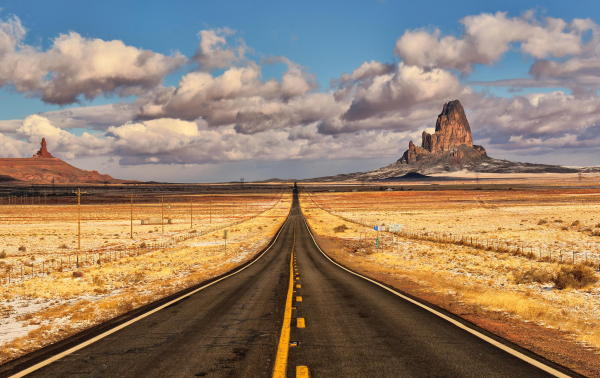 Our society spends too much focus on the passage of time, and not enough focus on experience. People deny experience every day by doing the same rote things and carefully managing their exposure to sensations outside what they control.

Experience teaches us over time how to apply the ideas we know instinctually to be true. Most of us start out knowing a certain amount of truth, and we develop this in childhood when in isolation, but it is then “socialized” out of us.

Specifically, a social order is designed to teach us that we are all one, every person is important, and therefore, that there can be no higher truth than what each person wants to think is true. This is how you make friends among the underconfident.

From this unfolds the holy trinity of the modern time: liberty, equality and sociability (“fraternity”). What these mean is that we assume that, since everyone is equal and thus all their perceptions are equally valid, we are forced treat every individual viewpoint as true and still like that person.

This leaves only one enemy, which is those who insist on some principle higher than the individual. This could be God or the gods; however, it could equally be nature, or a goal, or even any shared values system like culture, intellectual honesty, or reality itself.

Any idea that each and every individual human’s thoughts, feelings, desires and judgments are not “equal,” meaning on par with every other human being and more important than any non-human higher principles, is unsociable and drives the underconfident person into a rage.

To prevent this rage, they form a group which is united on the idea of passive aggression and collective retaliation. If one member is harmed, all are harmed, and the group retaliates against those who have harmed them. This group is called a Crowd.

Paradoxically the Crowd is not collectivist except in method. In intent, it is individualist; these people are radical individualists who believe nothing comes before their own intent, but on a practical level they have joined together to enforce this social chaos on others.

As a result, they tend to emphasize a limited set of themes: universality, the exception disproving the rule, compassion and emotion, and the idea of pluralism or everyone being correct at once.

Their ideas are limited to a social scope, which means that outside of the artificial environment created by human socialization, these ideas fail instantly. They occur only after society happens, and generally, only when it gets weak.

When a society is strong, individuals recognize that society is a trade-off of some individualism in exchange for some stability. In other words, we have to work together, but the results are better that way. This increases individual autonomy but inevitably restricts some behaviors.

Those who assault civilization want us to believe that the imposition of rules is arbitrary and thus unjustified. On the contrary, societies build up rules based on known formulas for success. A repeated action, x, leads to a desirable outcome, y; thus it becomes a positive value.

On the other hand, societies build up taboos based on actions that encourage thinking that deviates from the system of known formulas of success. For example, intoxication may not in the instant be bad, but it may lead to a notion that pleasure is more important than results. Thus it is banned.

Crowdism defines itself in opposition to this process. It rejects both values and taboos as negative, and uses exceptions to justify its non-compliance with rules. However, it does not want to give up the advantages of society, so it replaces the thinking society with the socialization described above.

In the end, this ushers society into oblivion as it becomes increasingly removed from knowledge of the world, and more enmeshed in a narcissistic worship of the human self. Soon it is blind to all but its own self-importance and the desires, judgments and feelings of its members.

At the point where Crowdism arises, society becomes split into two groups. There is the new group, which resembles a cancer, who want to try the Crowdist way; then there are those who want to stick to the idea of known formulas for success, sometimes called “consequentialism.”

“Tradition” becomes a misleading term, because people confuse it with convention, which means “the way things are done around here.” Tradition means that we go back to the source of a society, find its values and derive them from the eternal truths of existence, and then uphold those.

Where Crowdist society is based on fear of doing wrong, Traditional society is based on the idea of achieving right. Platonists such as myself may identify it with “the perennial things” or “the good, the beautiful and the true,” but these all refer to the same thing.

“Anything goes” appeals to those who are damaged, fractured, underconfident, alienated, sad and/or isolated. They form the first wave of Crowdism because they are fanatics. To them, it makes a colossal excuse for their failures in life, and transforms them into benevolent social successes.

The anything-goes types like platitudes like “we are all one,” “think of the children” and “all people are equal.” They hate hierarchy, borders, traditions, classes, castes and anything else that shows the natural inequality of human kind. They fear that someone might get ahead of them.

Although they portray their ideas as new, their ideas are in fact old. So old that these were the ideas that prevented civilization from forming at first. Like many illusions — salesmen make money for a reason — these ideas are more popular than reality itself.

Because these ideas are popular, commerce adopts them, even while many of the Crowdists attack commerce and complain of capitalism. The point is that the market has no allegiance to anything but its own process, so it can be very cheerfully against itself while receiving money for that service.

In our modern time, a vast and powerful machine has been created. Its first layer is commerce itself, and above that, the most powerful media ever made. Then a government which hires more people than any other firm. Then social pressures, reinforced by entertainment and media.

Against this there is one weapon: the weapon of radical realists, nihilism. Nihilism rejects the human mental categories that allow us to divide ourselves from reality and proclaim ourselves first. Instead, it substitutes reality itself, and cause-effect logic.

Where the Crowd wants to divide reality into good/evil, sociable/unsociable, etc. a nihilist sees these as surrogates for the real question. That question is the effects of our actions, and whether we achieved what we intended to or not. If we did not, we are either breaking new ground, or dishonest.

Someone who is breaking new ground has need to experiment. They will try many attempts, and eventually derive principles about how the new thing works. However, known quantities have no such excuse. History is a list of effect->cause pairs, so we choose our effect and trace back to the cause.

Unfortunately, that violates the sacred principle of Crowdism, and this is why nihilism is so feared. Tracing our actions through cause and effect instead of social morality makes us actually responsible. Not only to reality, but ourselves.

The essence of tradition is an esotericism based in learning. The more we open ourselves to reality, the more powerful we become. In the process it shapes us away from our potential Crowdist delusion, and more toward the organization and structure of the universe itself.

In this not only is there practical value, but a great beauty. By ending the division between our cosmos and ourselves, we eliminate false divisions between information and matter, and past and present. We rise to a higher level of thought itself, and thus know reality more fully.

This is why traditionalists refer to themselves as seeking perennial wisdom. It arises again, year after year, because the cosmos and its rules do not change. We can either learn those rules, and have better results, and refuse, or have worse results.

Experience disturbs our fellow citizens because it is what leads us on this path. With experience, we see that Crowdism fails, and that consistent study of the universe works. So we cast aside our mental chains through nihilism, and begin the process of becoming what we could always have been.

The radical nature of conservatism | The false nature of elites