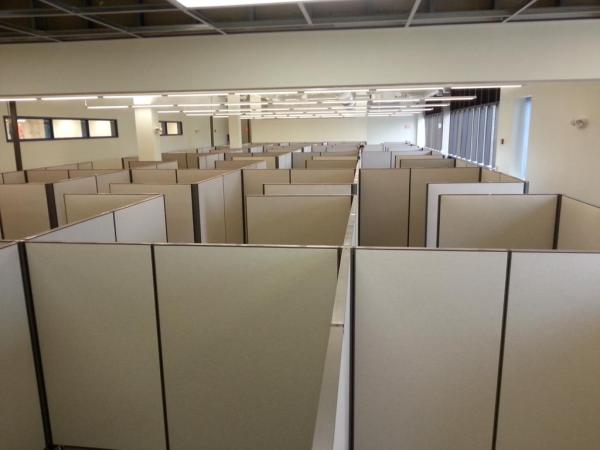 There’s an old expression which reveals the degree to which we as individuals have no faith in your society. “Keep your head down,” our grandparents told our parents, meaning: work hard and ignore the rest.

This fascinating statement suggests first that minding one’s own business is necessary to escape a dog-eat-dog world, and second, that this world needs escaping because there’s no point observing it — like trying to find reference points on the shore while being swept downstream by a river of chaos, it is disorienting, even terrifying.

A generation or two later, however, we can see the problem with this kind of anarchic, live and let live statement. If you don’t provide guidance to society at large, it as a collective heads toward the lowest common denominator, and you awaken from your slumber of work in your 60s to realize that your country has veered toward the third world. How did that happen? Head down means no awareness of anything but oneself.

Currently, cynicism apexes as our society insists on shouting its failures from the highest of mountains. We are looking for saviours, or someone else to care, unaware that a recipient must understand the importance of a message before he or she will look for it.

Most people are sick of this, too, and so they turn to negativity. They speak nasty things about their countries, their ethnicities, their families, themselves and their species. They feel powerless to change, so they give up. There are infinite ways to give up, but the biggest are suicide, self-destructive behaviors, and a prevailing negativity that leads to chronic low self-esteem.

Media helps urge this process on. Bad news sells better than good because who’s going to pay attention to an all clear notice? We respond to threats more than positive affirmation because threats warn us we could lose it all. Positive ideas, including possibly better choices, are risk without certain reward, where what we have now is certain reward.

Now that media has been democratized, we have added more billboards and bullhorns to blast jumbles of confused symbols into the fray. Your average blogger, like the average hip guy at a rock show or big man on campus, makes his or her status by telling people in superlatives what they want to hear. We should rename blogs “blovs” because they’re all bloviation, or breathless abundant speech with very little to say, repeating memes that excuse us from fixing the problem by blaming someone else.

Consequently, we are a species very divided against itself, a civilization that hates itself, and individuals who perceive a religious clarity to negativity as strongly as they perceive their own lack of efficacy. All we can do, boys, is keep trying the same damn thing that didn’t work the last 6 million times we tried it, but… try harder!

As this crescendo of daily negativity assaults us, we engage in a behavior as instinctive as eating: we look down. We in effect create a small world composed of our desk, what we’re reading, our computer, our plate, our knees as we sit on the toilet. We keep our heads down so we don’t have to try to orient ourselves while looking at the whole.

We have in effect made small worlds of all the things that we can control, and have ignored the big world in which all causes are connected to effects, in a cascade of consequences. We have seceded from reality into a space defined by the self. It is no different than an ostrich hiding its head in the sand, or a child diving under a blanket to avoid seeing a scary movie.

Some people like to pretend they’re aware, and cool, and they express this through (a) a detachment from the big problems of the world and (b) coming up with “solutions” that they think make them look cool. This belief, Crowdism, is a multi-millennial trend that represents the decay of society from forging new ground, to bickering over the spoils.

These people embrace ideals that are unrealistic because these ideals can never be realized. Even if they are “activists” who spend all their time blogging and protesting and washing out green(tm) condoms, they do not expect their activity to be productive. It’s a lifestyle.

The furthest extension of this, the hipster, sees this trend for what it is, a social accessory or fashion, and treats it accordingly. They talk about ideology like they talk about music and clothes; they’re hermit crabs, building a house of justifications and trinkets around them in a “unique” order, to justify their personalities to you, so you might help them be popular.

It further depresses smart people to see this mass, which seems to grow because it offers easy, pleasant illusions. Everything this mass touches becomes inauthentic and collapses from within. These same people, who seem to care about how the bad guys always win etc., are actually the source of bad guys always winning, because they’re thoroughly insincere and easily manipulated.

To win at their kind of society, you come up with an opinion that restates the popular opinion — always variants of “keep your head down and make yourself more popular/rich” — and state it in some unique way, in the same type of unique approach to surface appearances that makes a gaudy hipster seem novel. They feed off each other, like a cancer, and contribute nothing important. Even they know it, which is why they are manic to have “new” things to celebrate every day.

Enduring truth has no place with such people.

The remaining people who have a grip on reality find these people depressing because they seem to be winning the war of numbers. This is not quite true; just like most people are not committed to one political ideal or another, but pick the least bad of several bad options, there is a silent majority that has not joined this trend.

This silent majority contains a group of smart people who are working hard but also keeping their heads up. They tend to be depressed because they see how numbers trump truth, and how their position of appealing to other smart people will always put them in the minority. Most readers of this article will come from this group.

If you pull back from the small world, you should also pull back from the consensual reality layer manufactured by those who want to keep everyone in their small worlds as a means of control. This control group, formed of predatory businesspeople as well as parasitic hipsters, wants us all to ignore the collective direction of humanity. They profit when we sleep.

However, their victory is strikingly temporal, as is any victory when the overall path is downward. Many wars have been decided after one side, winning most of the battles, realized its position in the war was a losing one. Most of the successful people in life endured multiple defeats before finding a way to express the idea that brought them victory.

What is happening now is the precursor to a population bottleneck. Bottlenecks occur when all but a small group of the best are destroyed or cease breeding. In an odd way of inverting the small world, bottlenecks enforce the big world on a big group, and those who are not oblivious to reality — entrenched in small worlds — prevail.

This process is as much mathematics as “nature” in some romanticized sense. Certain patterns prevail in how data points are distributed, as influenced by boundaries. Periodically, those boundaries, influenced by the pattern within them, redistribute, and they constrict, forcing the scatter pattern to find a clearer, simpler shape.

As our species nears total domination of nature, it also suffers from a lack of internal consistency. There is no political consensus, no values consensus, no lifestyle consensus, and very little quality control, especially as modern states create Nanny State and Welfare programs to help every clueless idiot join in the numbers game.

The response from our world will be one of gradually mulching most of humanity into a previous incarnation, or driving them down the evolutionary ladder toward apedom. Those who behave like apes — screwing anything that moves, drinking and drugging and also doing nothing productive, amusing themselves while the world around them goes to rot — will become apes over the generations. Let the hipsters lead their so-cool lives, because they’re powerless against this trend bigger than their trend.

Many will fail to make meaningful connections with others, will fail to breed, and will end lonely granular people washed out of the gene pool. As the effects of the instability they create spread, countries will fail, and even more will be washed out in the ensuing chaos, war, anarchy, bloodshed, disease and corruption. It may not be elegant, but it solves the problem.

As you can see, there is no need to be depressed about our human future. All you need to do is work for the positive, instead of getting negative and reverting into small worlds like the hipster. Build up your local community; enrich yourself; make great art and literature; make yourself stronger and better educated in the things that really matter — study of reality.

The bottleneck is coming and while it seems like the jerks who enforce their dogma of the small world upon us, obscuring the big world, are winning, they are not. They’re just reaching a peak of activity before they get washed out. Avoid depression, further yourself and the truth, and as sure as the sun rises, you — and all realists — will win.