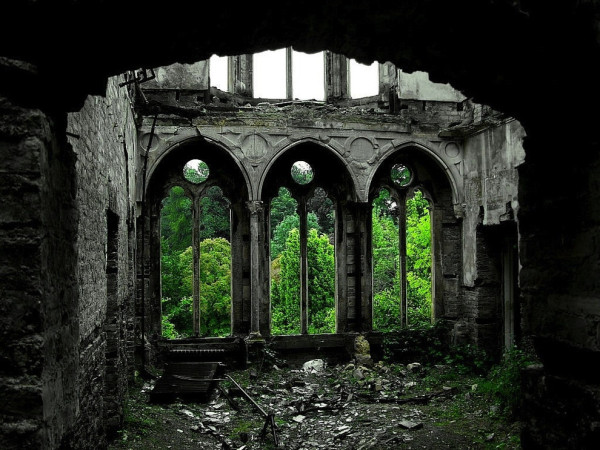 It occurs to me that you cannot put a dollar value on truth. People pay for “information,” which is true knowledge, but not for a sense of truth itself, that is to say, an assessment on a situation that cannot be solved by raw information itself. What about a column of numbers can solve the questions of life, or invent where there was nothing before? Truth is not information, which means it must compete with news-entertainment. News-entertainment has no obligation to truth, as its goal is to interest people not educate them, thus truth is entirely cut out of our modern equation.

This is probably for the best. No one wants to be caught “selling” truth. Psst, buddy, wanna buy the secrets of life? Interestingly, this would probably be an optimum way to hide the best truths we have, as only those to whom no one would listen would buy truth from a streetvendor in a trenchcoat. Truth is effectively reduced to this level anyway, since spending time caring about truth instead of what sells puts you at a disadvantage. The only space our society has for truth-seeking is as a hobby. Yes, in your spare time, hunt down that truth. In the meantime, people want televisions with genital-activated remotes! This Is Important.

We don’t know what nature is. To some it means green ridges of trees outside the subdivision. To others it’s wide open spaces somewhere they still have such things, like in Africa or Appalachia or on the moon maybe. Still others use it scientifically to refer to “nature” as all those wild and wonderful chemical reactions that somehow result in things as varied as bacon for breakfast and the emotion we call “love” (note: love can also not be sold, only the symbols of it, in which a brisk trade has been flourishing since the dawn of humanity). Nature if you really think about it means the universe all together, as this big mysterious process that has somehow brought us into existence from the void.

Nature, as this big process, is better understood by us as “rules” or tendencies than as a physical thing. How do you fist fight the universe? It’s not going to come if you challenge it. It’s already there. Nature in this sense stops for no one, because all things are governed by its rules, much like we cannot help that we act sometimes like our parents, even if we drink until we slur our words. Fight nature is like challenging language to a debate. Nature stops for no one and will just as happily roll over us like a Sherman tank as it will bless us with long and happy lives.

What decides who lives, and who dies? Gruff scientific types bark out something about “Darwinism” and the Christians, holding their severed genitals in latex-gloved hands, sing in angelic voices that God decides everything and we can just go along with it, hum a favorite tune, think of England and enjoy it as best we can. What decides who lives or dies is how well that someone is adapted to nature, or the universe, or reality, or truth, if you want to get picky about language. Whatever it is – it is what is – and those who figure it out live and those who don’t die or have other bad consequences. Another way to put it is that if you smear bear pheremones on your ass and bend over in front of a grizzly, don’t be surprised if you get sodomized.

Each of us has a world in his head. This world is like our outside world, but it is our memory and perception of it, and like a photograph of a summer day it captures a certain angle of gist of reality but not reality itself. That world is the conduit through which we experience reality, because the instant that passes must be stored as knowledge, and all our knowledge comes from our senses as filtered through our judgment. So life becomes a process of having a more accurate world in one’s head (truth) or finding a world one prefers, whether drugs or television or religion or incoherent, neuter-positivist thinking (everything will work alright if I just get a Gold Card). Our internal worlds all have different degrees of truth to them.

When an internal world moves far away from rationality, the mind does not have a problem with it. Only later when the physical body has to deal with the negative consequences of an irrational approach to life does the mind get reminded that it was off-base. If someone neglects to prepare for winter, they cannot will their way past a lack of firewood or food. They die. Similarly depart people who try to find buried landmines with sledgehammers, feed bears raw steak, or smoke while filling up their tanker trucks. When people lament the inundation with functional morons that is a hallmark of modern society, it is too easy to point out that getting a job, credit card and apartment is much easier than surviving a night in the forest, and quality of humanity has declined inversely to the rise of technology.

To be a pariah, in this time, is to assert the kind of truth that can kill people who do not understand it. If you see a room full of people confronted with a new baffling object, many will pretend to understand it, others will pretend to be disinterested, and still others will actually investigate it. The last group is the smallest. These are the ones who act deliberately. Deliberate people are not surprisingly unthreatened by the idea of reality existing and themselves having the possibility of assessing it incorrectly and thus being penalized. Those who are not deliberate, and are not sure their vision of reality is accurate, are threatened and simultaneously invent fantasy worlds in which to mentally reside and become underconfident.

It is this conflict of worlds-within-worlds, or mental visions of the world at large, that humanity finds itself stranded, because with the enhanced capabilities of intelligent life comes great demands for accuracy in perceiving the world at large. It is a race for the intellectual ability to see life as it is, and while the winners do not get rewarded at the instant they complete it, they gain an endurance which far outstrips the ability of those who are in denial (fantasy worlds) or shirking the task (underconfidence, laziness, dishonesty). The winners become pariahs in the illusion-worlds of others because to have a winner present who can remind them of reality is offensive, and they see truth itself as intolerant, elitist, even hateful.

So for now society is upside down, because the winners are pariahs and the losers are kings. The people who live a lie find it easier to adapt to this upside down world because they don’t expect truth or logic in the first place, and are generally so negative and underconfident they gladly settle for a few basic things crowned with gaudy distractions. These pariahs are the ultimate realists, and they laugh at the losers. You think you’ve stolen my power? they say. You think your fantasy world somehow changes the fact that the world is out there, and for all the theory we can concoct about relativity or ideals, it is acting as it normally does? Reality is on my side.

I am the laughing amoralist, our pariah says. I am the one who not only understands reality but likes the way it operates, having looked far enough into the levels of its complexity to see why it does what it does, and to realize that in the long term that type of order is better than our human wishes. Morons would make the world out of dessert foods and gold, and then lapse into an entropy of ambition because their imagination ends with riches and sugar. Pariah-realists are glad for the coldness of winter, the difficult of valued tasks, the rarity of good things. I am the laughing amoralist, our pariah says. You think you’ve got me cornered in your illusion-world, but really, all you’re doing is digging your own grave.

The summation of this situation is a cascade of summations which add up to a great weakness: a species is born, becomes powerful, and drifts into illusion that lessening its power at the same time the forces it set into motion with its wealth become dangerous. It has exported its strength to its external mechanisms, where machines or learning written down or social constructions, and now what is inside has atrophied and become flabby. The force of will and self-discipline and confidence that is needed to create in this life is draining away, being replaced with a short-term-cycle of desires counterpointing fears leading to a will only toward escape, distraction and other activity that dissipates focused energy. It is a path to doom, for those who take this illusion as reality.

When all the lights are extinquished, and when there are no frontiers toward which one can run, the illusionists will have to face what the pariah has long kept inside, which is the nature of the beast which affirms the need for conflict in life and for predation and struggle. We accept reality and its adversity, us pariahs, because we know that the machines and mass media and popularity contests of society made it easier to pick illusion over reality. Our endurance builds and we grow stronger, while the illusionists become more dependent on the illusion. The illusionists see only their machines and social order, and beyond it, there is the monster and the beast within. Pariahs have the beast within and so do not fear the forest, whether outside or in our souls.

For those who uphold the illusion, time is running out as the impact of humanity’s changes on the planet and on itself are being seen. The illusion is flickering as if its projector was short of oil or dropping a bearing; the illusionists themselves are losing strength, and have no way to regain it, since the illusion was always untrue and waited only time to reveal its transparency. And the pariahs, long kicked around and denied because they saw a world outside that world on which others agreed, aka the social illusion, are gaining power as consciousness of reality comes back.

The pariah, the laughing amoralist, turns to the illusionist and says, Well, you’ve had your run, and it’s not coming back for awhile, because it’s now apparent that you’ve blown it. Just like George W. Bush had presidential power unchecked until he made a disaster out of that power, the illusionists have had their day, and through their own actions and not those of another have proved themselves incompetent and destructive. Reality has always been there and it gains strength, showing us that the laughing amoralist pariah was right the whole time. Seeing that, the pariah says offhandedly, “And you want to be nice to us, for we are the ones who will make your graves, now that winter has come.”