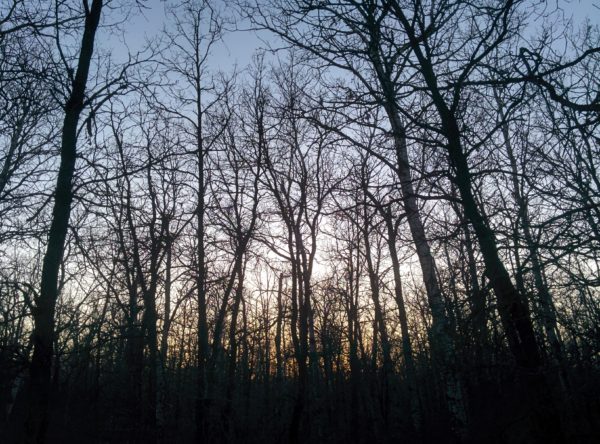 As the Alt Right grows, it depends more on the voices who can insert clarity and purpose into what otherwise becomes an emotionally-charged, symbol-driven conversation that inevitably drifts from its meaning. Paul Warkin is one of those writers who always gets a firm grip on the original meaning and then translates it into more detailed interpretations. You can find some of his work on Amerika. He was kind enough to take a few moments with us to speak about his worldview and interpretation of the Alt Right.

When did you become aware of being different than others? How did this disturb or complement your upbringing?

From as young as I can remember, I was repeatedly told how strange I was for rarely speaking.Â  It seemed natural that upon entering an unfamiliar environment (being born and becoming aware), the first action would be to observe and learn.Â  Others were content to repeat or state the obvious as a means of socializing.Â  This was an early hint to me that I may be less socially influenced than the average.

What, in your view, is your primary issue or direction? What problems does this solve?

In the abstract: the defense, nurturing and creation of the beautiful, the true, and the virtuous, achieved primarily, in the long term, by evolutionarily improving humans.Â  More concretely: defending, nurturing, and creating the people I love, and those I know who are of excellent character, talent, and beauty.

You seem to approach your thinking from a philosophical viewpoint more than a political one. What is the relationship between politics and philosophy? How do the two converge in your mind?

The Alt Right seems to be getting “large” at this point in time. Do you see this as the culmination of the past, or something entirely new?

Prior to 2015 the Alt Right was a combination of existing schools of thought and intellectual right wing movements like the European New Right, paleoconservatism, Fascism, Radical Traditionalism, Libertarianism, Neoreaction, and so on. Since then it has been joined by an increasing influx of people “red pilled by life” as Richard Spencer says.Â  People who, for example, due to being born into diversity,Â always knew about racial differences but were explicitly commanded not say anything about it, and were forbidden from even noticing.

2015 saw the unopposed mass invasion of Europe and an American presidential candidate openly condemning illegal immigrant rapists.Â  One white corner of the world saw a sharp spike in the arrival of their replacements, and another saw the first real political opposition to this.Â  These events likely shook many Westerners around the world into an awareness of present conditions: we’re losing our nations, and that means our culture, our art, our order, and our unique view of the universe — our civilization — is going with them. Â 2015 made these problems that much more difficult to ignore.

At the same time, with the start of campaigning for the 2016 election, 2015 marked the terminal phase of the reign of the left’s race messiah, the one who was destined to unify the races.Â  Undoubtedly many felt as though if there truly was a path to intra-national racial harmony, then Obama should have shown the way.Â  A lack of progress in this direction, a failure to ease racial tensions, could hypothetically be excused or explained as being due to the presence of strong opposition, but he didn’t even point to a pathway.Â  After one instance of a whitish man killing a black man, but before the judicially relevant details emerged, Obama revealed his true motivation and allegiance by announcing that if he had a son, he would look like the killed black man.Â  This means that to Obama — the man who was hoped would bring racial harmony due in large part to the strong symbolism of his half-white, half-black ancestry — a person’s race was of primary importance when choosing sides.Â  Obama’s legacy will be remembered as the culmination and conclusion of the civil rights era.

This is the type of naked leftism that forces a choice.Â  The corresponding phenomenon on the lower level, on the scale of the useful idiot, is the rise of the social justice warrior to the point that any random man on the street likely knows what “SJW” means, and likely has some experience with them, either through their attacks on video games, their takeover of a science fiction award, or their forcing the cancellation of a band’s performance.Â  The SJW’s imperative to out-virtue signal their peers has laid bare the logical conclusions of leftism, and has done so in a way that has personally impacted a significant segment of the population who would otherwise be uninterested in politics.Â  The SJW phenomenon has demonstrated that anything that is good must actively be fought for or it will rot, decay, and die.

When people see this and recognize leftism for what it is, they look for alternatives.Â  From here, there’s no going back, and it’s difficult to say what specific form the effects will take, but there is a real possibility for a new renaissance.

The ethos manifest in underground metal of ruthless, vigorous, uncompromising pursuit of some cosmic end despite the onslaught of bitter tribulations imposed by a casually cruel or uncaring universe is beautiful and inspiring.Â  These are some albums that stand out in my mind:

Tolkien’s works are a continual influence.

What, in your view, are the benefits and pitfalls of an engineering-based approach to civilization design?

Will you be voting for Donald J. Trump, or are you joining the accelerationists and voting Clinton to hasten the end? What do you think Brexit and Trump mean for Western politics, and will any good come of it?

I’m with the Trump accelerationists.Â  Democracy is a terrible joke, this election makes that abundantly clear.Â  Every form of government is rule by some type of elite.Â  With monarchy or dictatorship, power comes from the top and flows fairly directly: it’s clear who’s in power and who’s enforcing the power.Â  Democracy too has elites, but they are not as visible and there is an awkward intermediary in that power must be routed through the masses.Â  So oligarchs who wish to rule use mass media to manipulate the people into voting for their puppet, that is, the candidate over whom they can exert influence in their favor.Â  Ideally, for them, they wield influence over both candidates, and constrain the opinions of the masses into the range represented by the approved candidates.Â  That was the norm until now.

This election appears to be different.Â  Either choice is a threat.Â  Clinton would threaten the current governing system by using and twisting it to maximize and maintain her wealth and power, and this would likely strain it to the breaking point.Â  We can see this in action as the news outlets burn off their remaining reserves of public trust in an effort to desperately push Clinton to victory.Â  Since the system is evil, that would be good.Â  That is Clinton accelerationism.Â  But though we would like to destroy evil, we also would like to look past its destruction and aim for favorable conditions in its fall.

Assuming Trump is sincere, and he does seems to be, he would be a threat to the current governing system because his determined efforts to fix the system would provoke strong backlash from the forces that have corrupted it.Â  If both sides refuse to back down, this could very possibly lead to a civil war.Â  That sounds alarmist and perhaps outlandish, and certainly the majority will choose whatever comfortable option they have in order to avoid violence, but we must remember that over the scale of centuries, far from being an unlikely aberration, war is in fact the norm.

Bush or Rubio would not have provoked this response.

So a vote for Trump is in that sense accelerationist.Â  Conflict is coming; with a Trump victory, the ones holding the reigns of power, the official source of power to whom the middle may defer to by default, are more sympathetic with us, and have the possibility of becoming more closely aligned with us.

What do you think defines the boundaries of modernity?

Modernism means believing the primary determinant of the success of a society is the formal system used rather than the quality of humans (as individuals and in aggregate).Â  This boundary lies somewhere between monarchism and democracy.Â  The rationalization, or flawed assumption, that allows modernism to “make sense” is equality: when working with a set of identical components, how they’re put together is most important.Â  Knowing that the components of society are unequal in important ways makes rejecting modernism easy.

How did you end up writing for Amerika? Was it a risky decision, trusting this hacked together site full of reprobates?

I’ve never revealed information that could lead to Hilary Clinton’s arrest, soÂ for me putting disembodied words on the Internet is relatively low-risk.Â  I honestly can’t remember whether I found the American Nihilist Underground Society by seeking metal recommendations or nihilist philosophy, but I’m fairly sure it wasn’t by searching the acronym.Â  Either way, my interest was piqued by a philosophy that seemed to emanate from the ethos I described above, and eventually I responded to a request for submissions for Amerika, partly out of a desire to help the site grow if I could, and partly as a means of further exploring its ideas.Â  Writing forces one to explicate vague thoughts and opens them to potentially useful criticism.Â  It can also be more fun than the passive entertainment and empty pleasures the modern world offers.Â  Becoming a thought criminal reprobate in the process is a small price to pay.

If all went exactly according to your desires, what would the future of Western Civilization look like, both globally and locally?

Thank you for taking the time to communicate with our readers yet again. There is a lot to think about and be inspired by in what you have said. 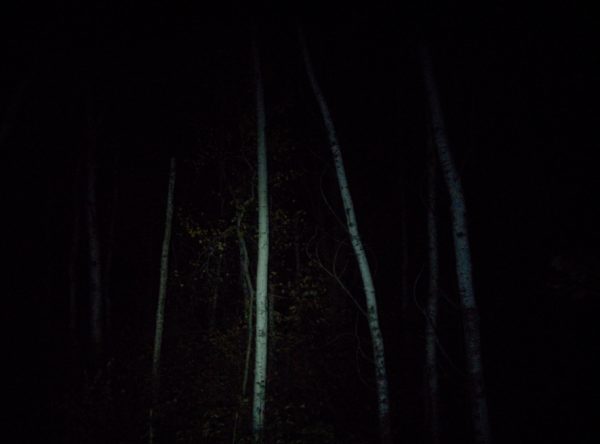