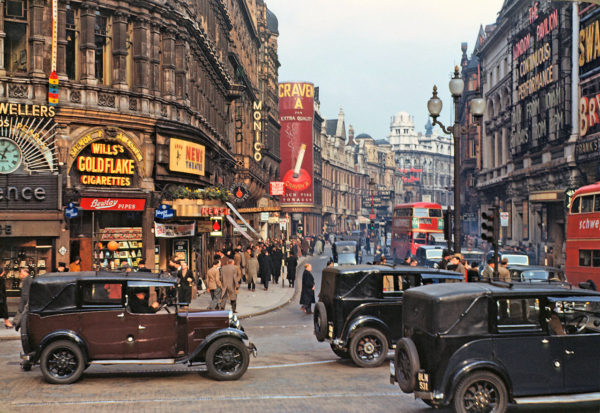 Assets and the acquisition thereof require substantial effort, expertise and cost.Â  The shiny image is operations (such as driving a flashy car) while the forgotten part is maintenance. For example most women will never know whether the spare tire is pressured correctly (not that they should actually).

Further along this line of thinking one realize that â€œallâ€ people never plan for either refurbishment or replacement. For example in a forty year career, how many cars will be cycled through and at what average cost?

A technically minded person would use cash to buy second hand German cars with 60,000 miles on the clock, driving it for another 120,000 miles before replacing it, because that is the lowest average cost over forty years. Accountants prefer â€œanyâ€ new car financed by a bank, driving them until the warranty expires (80,000 miles) and then replacing them with another new car.

Effectively in one scenario, the former method will utilize four different cars and the latter method six cars over a forty year working life period.

The difference(s) between these two arguments is tax-deductability and personal effort. But as far as the â€œfutureâ€ is concerned, the former method is more predictable and utilizes resources in a more sustainable fashion over the longer term. This means effectively that tax codes motivates short-termism i.e. consumerism and unsustainability. In other words, the entire concept of â€œsustainabilityâ€ as punted by the warm climateers, is not only flawed, it is an outright lie in my opinion.

So now the question is; how and who set this up? It is (undoubtedly) to the disadvantage of the middle-class, not so? Another example is as follows:

America has a fairly decentralized (read competitive) power grid where-as South Africa (being the size of Texas) has a monopolized power grid. What may be interesting is that initially the South African power costs were the lowest in the world because it was â€œset upâ€ correctly. The downfall came when the monopoly started to misuse its economic powers for personal (executive and supplier) gains. This happened during the â€œMaintenanceâ€ and â€œrefurbishmentâ€ periods of the power grid.

But this failure to properly set-up systems goes even further. Knowledge of the asset failure processes can also be used as motivation to assess failure of organizations because it can be classified as civilizational â€œassetsâ€. One example of organizational failure was found in the book Black Box Thinking by Matthew Syed, showing a failure described as â€œwrongful convictionsâ€ as follows:

â€œEstimates are difficult to establish, but a study led by Samuel R. Gross, a professor at the University of Michigan Law School, concluded: â€˜If we reviewed prison sentences with the same level of care that we devote to death sentences, there would have been over 28,500 non-death-row exonerations [in the United States] in the past 15 years rather that the 225 that have in fact occurredâ€™

This should not surprise us. Systems that do not engage with failure struggle to learn. â€˜The emerging picture is not clear enough,â€™ Barry Scheck, the lawyer, has written. â€˜The criminal justice system, from the police precinct to the Supreme Court, is a near shamble…A study by Colombia University reported that nationally two out of three death sentences imposed between 1973 and 1995 were constitutionally flawed and over turned by courtsâ€™

The above examples of failure is not presented to solicit a kneejerk reaction, it is presented to demonstrate that despite organizations being incredibly successful, that maintaining those successes is based on the ability of those same organizations to accept and execute failure management procedures.

These procedures are known and are:

Looking at the future is confusing for the most part, because so many people have so many different methods of â€œpredictingâ€ it. There are scenario planners, futurists, technology fundies, card-readers and palm readers. But the best method is actually based on assets in my opinion.

Assets have known life cycles extending into the future and are accurately described in manuals. Even financial assets have return on investment over specific time periods. Then nature has known cycles where humans have been analyzed in depth.

However, what nobody seems to care about is the organizational cycle. This is the actual risk nobody mitigates and nobody maintains while everybody abuse it in the short term (for various reasons) simply because nobody is monitoring it.