Equality as a tool of the salesperson 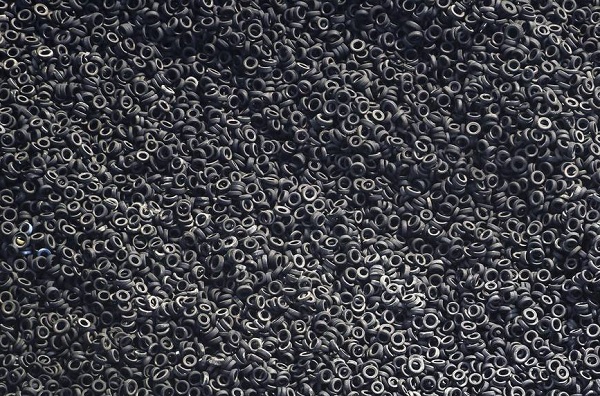 We live in a world of memetic warfare. Each group and person is projecting their idea-sperm into the flow, hoping to convert enough others to have a personal army. We must ask why they do this, and how it’s different from other forms of motivating people — like religion, marketing, and propaganda.

Having been around the world a bit, I’d submit that there’s no difference. Each is an attempt to make life convenient for the individual, singly or in a group, by justifying their needs in terms of the needs of others.

Marketing says: you need this product, ostensibly so it can make your life better, but it also pays my bills.

The religious, political or social memetic warrior says: you need this idea, ostensibly so it makes you look smart, but it also benefits me.

In other words, most human discourse is a variant on the old theme: “I’m not doing it for me, I’m doing it for you,” while quietly not mentioning the benefit to the speaker.

With the industrial revolution, this kind of thinking exploded. Mass-production meant the advent of mass-marketing. Mass-marketing in turn meant that ideas had to sex themselves up to compete with tangible products.

Somewhere along the line “I’m not doing it for me, I’m doing it for you” changed to appeal to a large crowd, the kind that might settle around a barker as he calls out his pitch. “I’m doing it for all of you,” he’d say. “This will make everyone smarter and happier.”

From this we get our doctrine of equality, sacred in the West — for now. Everyone means we’re all equally important. Everyone also means the speaker has a personal army — he’s doing it for us, so we’re going to crush those who don’t believe.

This is the mature form of totalitarianism. Instead of directly applying control, those who lead set up a memetic polarity between what’s “good” and what’s “evil,” and by defining those as convenient for themselves, manipulate their personal armies.

Equality means we all feel better, because if we have doubts about ourselves, they’re driven away by our inclusion in “everyone.” Now we’ve been validated as important and we can feel safe about pursuing our needs and desires. We call that “freedom” and it goes hand in hand with equality.

The thinking is that if we’re all equal, we can all do what each of us decides is the right thing. Nevermind the consequences of individual action, such as sins of omission or failing to do the right thing, as long as each person is happy with their choice. The crowd has bought the product.

These ideas have grasped the West for four hundred years, gaining momentum each year as they become more popular. At this point they are so ingrained that if anyone dares break a taboo and speak against them, that person will have his or her career ended — by the will of the people.

Insidious, this process completes even if many do find the message appealing because a bigger group is always there to embrace the more deconstructive option. No limits. Do whatever you want. No consequences. It’s not your fault. These all distill down to “events are not connected, except by you.”

More than technology, this is the modern paradigm. It is the same utilitarian logic that makes shopping malls, big governments, big media, and crowds of angry people rioting for more deconstructive rights. “Don’t make me do anything I don’t want!”

In separating from the natural struggle for survival, humanity has become its own babysitter. We promise things to ourselves and then riot against ourselves when we want more, but we’re one level removed from whether those things we want are rational in the physical world.

It’s no different than children demanding their babysitter let them each nothing but ice cream, even if it will make them sick — not today, necessarily, but over the next week certainly.

Like drug dealers who accidentally taste their own product, our species has sold itself a bill of goods, starting with the idea that we can all sell each other ideas and products if we collectively deny that the seller has self-interest, even when the agenda applies to others.

And like all marketing, it starts with a promise of being smarter than others — they won’t succeed, they don’t have this product — and works on the Ponzi scheme of individual human choices, where if one person picks an illusion, others will follow because they know others will follow, and back them up.

Of course, it was witless this whole time to assume consequences would not arrive. They did, and now thirty years later, we’re awakening to the fact that:

If you ask any modern person their woes, once you get beyond the car payments and toothaches, you will find that these consequences at the root of their misery. Essentially, the social infrastructure is rotted and has been replaced by social preference, which leads to the lowest common denominator enthroned as the optimum.

As these consequences move in with us, and make themselves at home, we will see the facade of equality begin to fade. It’s well and good to tell everyone they’re equal when we have seemingly unlimited industrial wealth; it’s another thing when we’re facing shortage of resources, ugly environmental decay, and the political instability that ethnic, religious, resource (water and oil) conflict will bring.

It’s not implausible to imagine a future authoritarian state arising, one based on the idea of inequality as wisdom. Such a state would cut population with IQ tests, and then compel its population to compete, while wise elders watched to eliminate those of bad moral character.

This state forged of blood would end up being the most peaceful place on earth because it would have eliminated the only true inequality — that people have different levels of competence and moral character. Where the factors of selection are most rigorous, we get the strongest and most uniform peoples, so they have very few internal conflicts.

While our media talking heads deny it, and our politicians won’t speak of it, this time is coming. We are in debt to our future. We have squandered what we had in the name of making everyone feel comfortable. And so now, we’re going to pay the price, and the future belongs to those who see that before the masses.