If you live in denial, expect rude surprises

Life provides a metaphor in this story about a sign that got vandalized in Las Vegas:

The famed “Welcome to Fabulous Las Vegas Nevada” sign greeting visitors to the vacation destination has red graffiti scrawled across it.

Tourists who discovered the defacing said they were disappointed and planned to digitally remove the graffiti from their souvenir photos.

The problem with individuals (not humans per se) is that they can choose to recede into their own minds, and edit reality there so that it makes them feel better. 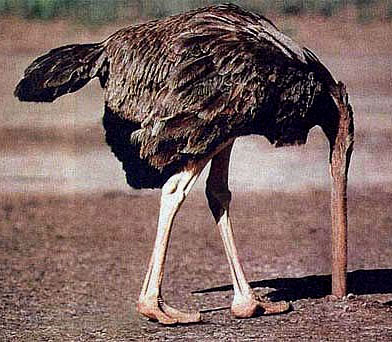 Like drug use or drinking, this is backward logic. Instead of changing reality to be better, you change your perceptions of it to be less accurate but also, less threatening to you as an individual.

When one person starts doing this, others emulate if for no other reason to keep up. When it becomes a cornerstone of a society, we talk a good game about freedom, equality, diversity and justice, but really what we all mean is the unfettered ability to keep receding into our own minds. There we are safe from being wrong or dying.

Of course, life is tricky. The really worst stuff that people do takes years, decades or even centuries to manifest itself. If you do something horrible in 1980, expect to see it becoming clear only around 2020. That is, if you’re talking on the level of social change.

This article popped into mind when I read the rather exasperated rant of someone just figuring out how bad the problem is:

Our belief in everything has been shattered by a series of shock revelations that have shaken our core to its core. You can’t move for toppling institutions. Television, the economy, the police, the House of Commons, and, most recently, the press … all revealed to be jam-packed with liars and bastards and graspers and bullies and turds.

And we knew. We knew. But we were deep in denial, like a cuckolded partner who knows the sorry truth but tries their best to ignore it. Over the last 18 months the spotlight of truth has swung this way and that, and one institution after another was suddenly exposed as being precisely as rotten as we always thought it was.

We don’t like to think about it, but we endorse this con because we can afford to put up with it, don’t want to get involved where an angry mob might tear us apart, and we want something to keep the other idiots busy while we are busy doing whatever we find important. So we tacitly approved the con and passed the buck on to the next generations.

I don’t think things are falling apart in the way Charlie Brooker wants us to think they are. Remember, the bigger something is, the more slowly change happens. Instead of a big bang, we’re looking at a slow decline.

And why? Because instead of fixing the object in the photo, we’re editing the photo in our heads.

Freedom is collective slavery | Equality as a tool of the salesperson