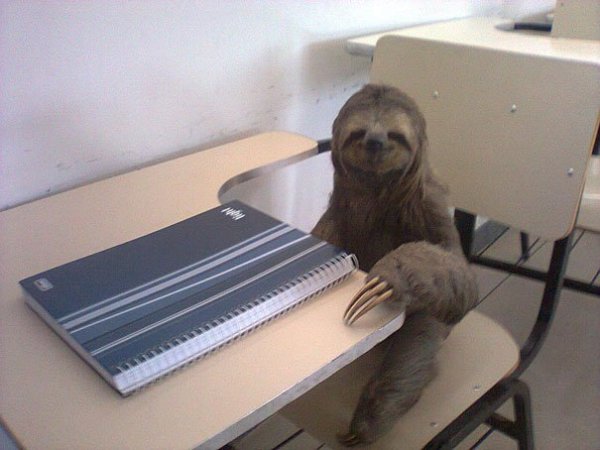 While we hear daily rhetoric about “Iraqi Freedom,” our ongoing Jewish-Christian jihad against Muslim Nationalists, we are washed out with the idea that we are free. We also spend a lot of our public media time whining about how terrible the Nazis were, to not only allegedly gas Jews but to put a mocking slogan over the gates of the camp, “Arbeit Macht Frei,” or “work makes you free.” The American people, bloated on junk food and a constant stream of moralizing and emotional television like Jerry Bruckheimer’s “CSI,” respond according to training when presented with Nazi stimulus, and loudly shout down any inkling that Nazism was not evil.

Yet these same people think nothing of getting up in the morning, spending a half-hour getting ready for work, driving to work for an hour, spending ten hours there and then coming home, too exhausted to do anything but watch TV and eat junk food. That’s “free”?

Let me explain something. The best way to sell any product is to create a vast fear, and then to promise that your product fixes it. It’s not enough to say the house has cockroaches – you have to say that cockroaches eat wires and start electrical fires. Similar, in the 1980s, they used to con people into buying elaborate electrical hardware by telling them stories about how “a lightning strike in the neighborhood” fried all the computers there and cost everyone thousands. A slightly more advanced version is to describe how another scam works, and then suggest your own scam as a replacement for it. That way, the consumer never escapes the scam, but they feel they have, and it’s that feeling of “I’m so smart” that has them never looking too far into the facts.

It’s the same in the West today. While you get distracted by the emotional neurotic rhetoric of the empire, it enslaves you, and then makes you love your enslavement by telling you how “free” you are and how smart you are for choosing “freedom.” Thus deluded, you watch what the TV networks want you to see, read what the media networks want you to read, watch the movies for which the entertainment industry sells advertising space, and bleat out the dogma your government tells you. But it’s your choice, so you deserve whatever slavery they hand to you. And even that’s a moot point, since you’re already serving your time.