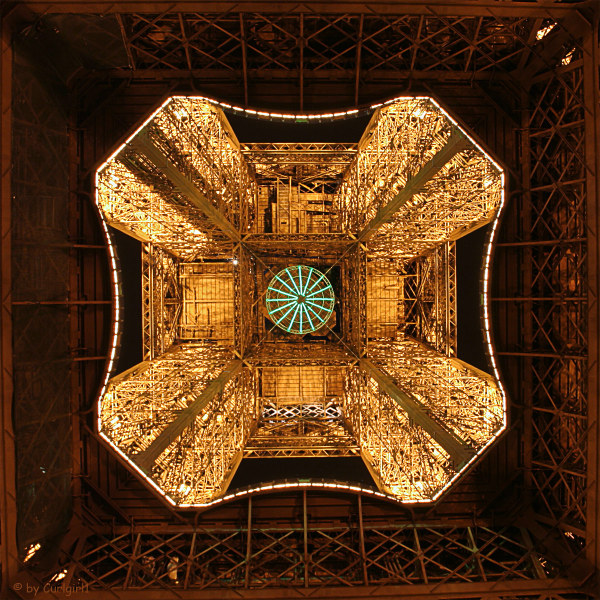 Modern politics by nature is a science detached from the actual function of society. It deals in abstractions, or concepts that exist by themselves and refer to the ways we organize those things that provide for our survival. These concepts are powerful, in that they allow us to make changes to the system as a whole, but also dangerous, because if they no longer accurately represent the actuality of a situation, they can be misleading.

Before modern politics, humanity was divided into glorified tribal groups. These “nations” signified people of common values and culture who ruled themselves according to these ideals, and therefore could not be grouped with others. As culture is both created by and influences heritage, these nations were also of similar ethnic heritage. This does not mean they were races of clones, but rather, that each nation directly represented the interests each population had in common.

With the rise of the modern state, “countries” were no longer grouped by national heritage, but by political expediency, and thus the former method of politics was considered obsolete. In order to motivate people to act for the continuance of each society, their leaders organized them around abstractions, such as “freedom” or common religious interest, and assumed it would operate as well as politics previously had.

However, now that our society has gone down the road of time a bit further, we are seeing some fundamental flaws in this outlook. Our societies have lost the ability to say “no” to destructive ideas, and as a result have been unable to avoid disasters such as overpopulation, pollution, crime, drugs, and the like. Where previous societies could point to a common cultural standard and say, “We are not interested in behaviors that deviate from this,” modern societies try to be all-embracing.

The root of this view lies in the need of modern society to produce laborers for its machines and wars. For this reason, modern societies treat all individuals as abstract entities which can be shaped into whatever is needed through training and laws. We can call this view utilitarianism or decentralization, but it started in a far more innocent idea: that a society based on economic competition of the individual treats its workers most fairly.

When we start building a society around the abstract “individual,” and assume all are the same, we apply a greater normalizing force that had previously been at work throughout history. By the very nature of such an idea, it both liberates the worker to make more money, and constrains all who would rise above a crass lowest common denominator; it is therefore both freedom and oppression at once. In order to keep the workers appeased, such a system normally has grand rhetoric about “freedom,” and pledges to support whatever each individual desires.

This facilitative view of society is therefore by nature without leadership, as it exists only for the individual, and because it has no goals in common, does not grant the individual the ability to work for something larger than the self. It also has a “dumbing down” impulse, because if any one of the people to whom something is shown cannot understand it, the unity of divergent interests is lost. In political terms, it is more like herding cattle than achieving a clear goal for the benefit of a population.

The consequence of this illogical design is that civilization, while busy harvesting its workers for the work value they provide, is also active in uniting them around ever-simpler political goals. Since there is no goal in common but the continuation of facilitation of the individual, its political objectives normally involve greater “freedom” and fewer restraints that might lead toward a common goal. In such a system, any individual attempting to participate in something larger than themselves does so at their peril, as there are always competitors who conserve that energy and apply it toward self-interest.

As a result of this process, developing over centuries in every-increasing intensity, we have the modern society, which is such a permissive place it has outlawed any area, no matter how localized, from making choices about who it admits to its membership. While this is undoubtedly well-intentioned, it is destructive, as it constitutes a normalization of the population and a reduction of the freedom of the individual to live as they would desire. For most, their desires do not include any form of collective activity, or any particular culture, and thus those that desire such things are at an economic and social disadvantage.

Such a tendency is common at the fall of civilizations. Greece, Egypt, Rome and ancient India went through the same process, first losing a sense of values in common, and then becoming cosmopolitan, multicultural societies united by nothing greater than a desire for commerce. As a result, both their cultures and heritages were eroded, causing them to weaken from lack of collective resolve. When trouble finally did come their way, it crushed them easily, as they could not unite to take action against it.

We are now observing the same things in our modern system. Not only is it bad for the environment, and for our cultural-ethnic groups, but it is destructive to our souls, as it detaches us from the collective process of striving and from a sense of community, leaving us as abstract, idealized, individual workers who are valued only for their labor. For this reason, many now not only have fears about the direction of our society in the real world, but they also have a spiritual and philosophical void caused by the lack of any cause except self-fulfillment.

The development of nationalist parties came about shortly after the creation of the modern nation state, which as mentioned above is categorized by political belief and not desired way of living. Where modern societies try to out-compete each other with abstract rhetoric, such as the Communism versus Capitalism drama of the Cold War, nationalist parties appeal to the simple triumph of leaving behind empty abstractions and embracing reality.

Reality is that, while many want to deny this, we are our bodies; our brains are functions of our physical selves and the design of those selves. For this reason, much of what makes us comfortable revolves around the kind of cultural values that shaped our ancestors, and the type of living they would find fulfilling. Inherently, we prefer to live around those who look like, think like, and have similar preferences to ourselves.

A further dimension of reality is that, all political abstractions aside, what makes a citizen happy is how well he or she lives. This includes the basics, such as food and shelter and medicine, but even if the citizen cannot articulate this, extends to larger concerns such as the health of the local community and the ability to contribute to its collective welfare. Most people are well-intentioned, and would like to help out their neighbors and have a social system tailored for the type of people they are.

Nationalism addresses these realities by grouping us according to heritage, and then representing the interests of that heritage not be engaging in abstract international politics and finance, but by ensuring that its citizens have a good quality of life and a traditional style of living. This way, they always have a place, even if there is less radical economic mobility for the most monetarily competitive; they are understood by those around them, and have the ability to contribute to a community at large.

Most importantly, nationalism rejects the idea that a working society can be formed of people with fundamentally different interests. Its goal is not, like those of the grand ideologies of Communism and Capitalism, to take over the world with a one-size-fits-all abstract political ideal. The goal of nationalist societies is to take care of the people within them, and to allow those people freedom from constant economic worry so that they can concentrate on being better at what it is that fulfils them: artists creating better art, farmers growing higher quality crops, plumbers displaying the finest workmanship possible in their task.

In this type of society, unlike all modern societies, money and politics are returned to their role as functions for achieving the goals of the population. They become a means to an end, instead of the end in itself. A facilitative society is based on the opposite principle, namely that there is no end, and therefore the means – money, comfort, political prestige – are achieved for their own sake. Nationalist societies recognize that abstractions cannot be sought for their own sake, as only life itself has that position in a healthy existence.

Nationalist societies empower better life. They do not attempt to take everyone, or to take over the world for some abstract ideal that “seems to” be better, or start wars because people “hate our freedom.” They exist to benefit their citizens and help them grow as a culture, a heritage, and as individuals.

When one accepts the wisdom of nationalism, the next task is to apply it. Nationalism’s focus on reality creates a real community, and places focus on culture and people, instead of creating bureaucracies that try to fit every disparate individual into a cookie-cutter mold labeled “Individual.” Even further, it withdraws from international politics by avoiding pursuit of money or abstract ideologies, and turns its focus inward on its citizens.

Stating a belief in nationalism itself is only a start, because nationalism is also a means to an end (the people) and must be further interpreted in every issue that confronts us. As it has, unlike modern political systems, an overall organizational principle of a practical nature, this is not a difficult task, but it is important for nationalists to quickly overcome the difference between nationalism and modernism and focus on the practical issues that threaten our stability as cultures.

Fortunately our societies still retain much of their traditional cultures, although another few generations of modernist politics may obliterate that in a flood of mass-culture products. We must replace the euphonious but empty abstractions of modernity with a focus on daily life, which requires that we give up the right/left divisions assumed as necessary in contemporary politics. After all, we no longer have allegiance to a political entity, but to a practical one: our people as selected by culture and heritage.

In this state of mind, we can actually confront the things that threaten us, including the need to find new energy sources; the imperative of restraining our reckless growth; the necessity of cleaning up pollution so we do not all die of cancers; the demand for stable, reduced crime cities where families can have normal lives without having to constantly be on the defensive. These are the ultimate goals of a nationalist party, as these are what our citizens need, but our outlook is not limited to that.

If one uses nationalism wisely, it is not only to stave off disasters, but to encourage growth of a society. Our culture has taken a back seat to television and pop music; our people have become seen only for their profit potential to industry. This has happened because we have refused to find a commonality in preferences, in part because we’re unwilling to group nations by culture and heritage. Nationalism reverses this entire trend in history, and therefore, represents the best hope of humankind.