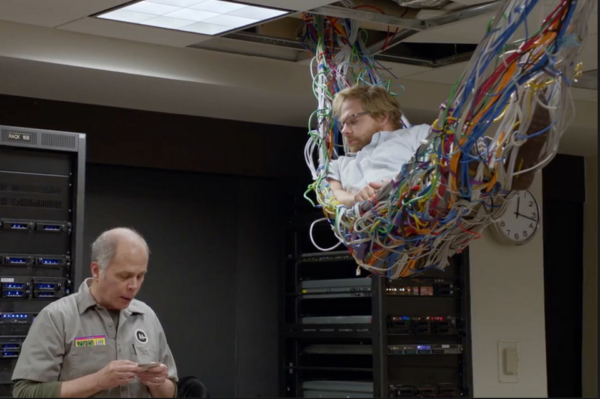 Responsibility will be the death of us — or rather, the second type of responsibility will. The original type is responsibility for one’s actions, which means that the person is obligated to use self-discipline to make sure their actions will have the desired results in reality, and then is estimated based on the success or failure of an action and all actions by that person before it. We call that reputation and it is highly important.

The second type of responsibility involves a proto-subsidy for those who are not thriving. In this responsibility, the weak eat the strong, because the strong are compelled to take care of the weak. This is the fundamental security hole in society itself: anyone who chooses to become parasitic can simply not succeed, and then all the “good, decent and prosperous” people will try to help them, which enables those who are not actually failing use society as a host for their own sustenance and progeny.

Back when humanity was small, parasitic people could be denied property within the boundaries of the town or city, and had to go live in the wilderness. Now that the wilderness is the minority, this cannot be done, and they would have to be formally exiled to the many third-world nations whose population dwarfs that of the first world. Instead, the productive people fear being seen as threatening by others, and include the parasites in society by giving them unnecessary jobs, subsidies/welfare and political voice.

Every successful civilization to date has destroyed itself with some variant of this method. They cannot summon the will to replace natural selection and the hierarchy of the wolf-pack with a social equivalent, and so those who could not survive without civilization increase, while those who could survive under any circumstance are destroyed by the miserable life that is created: constant obligation to work to support the parasites, incessant ineptitude and delaying tactics by the non-thriving, and waiting around while the simpler bungle their way through non-complex transactions — and then have their lives complicated and slowed down by the bureaucracy that springs up to address the bungling.

What humanity instead needs is a mandate for leisure: people need more hours a day not working at jobs, sleeping or doing the other work-like tasks of survival than they spend on those pursuits. Leisure does more than give us rest; it allows our thoughts to wander, so that we have more options in our mind than the robotic ten or so responses that are called for by jobs, bureaucracy and socializing. We need to discover ourselves. Leisure — loafing, wandering, woolgathering, daydreaming — this is the core of the human soul.

The Kraftwerk song “The Robots” tells us all we need to know about modern humanity:

This is a mechanical time, not from technology, but from its basis in binary assumptions. If we assume equality, anything which is seen as anti-equality must be destroyed. If we assume democracy, then anyone who speaks against democracy must also be destroyed. This is why our modern society moves forward like a machine: discarding the bad, enforcing obedience, and never contemplating its own programming.

What the constant pressure from society achieves is this robotic mentality. We are engaged in repetitive tasks, even when disguised as high-level diagnoses like those used in the professions (medicine, law, architecture). This narrows our ability to see anything other than our assumptions, and programs us to apply them reflexively because this leads to success. In this way, we become zombies who cannot consider the outcomes in reality of their choices.

The more that this plagues us, the more the demands rise. Now people spend very little time alone, or without obligations, and as a result they become even more robotic and defensive. We have reduced our big brains to the level of reflex and rote, missing out on the point that we should carefully consider all that we do in terms of its consequences, not its appearance to others.

As historians of the future look through the ruins to figure out why the most promising human societies self-destructed, they will find this robotic tendency: social pressures enforce assumptions and discourage questioning them, which creates a death spiral where societies obsessively attempt to force failed ideas onto reality. Once that happens, it is time to raise the headstone and move on.

Exposing the Malicious Hatred of People Who Shout “Racist” | The Evil Emperors of The Amerikan Empire V: Cuck Dynasty